In most American states, CBD oil is available for sale. This is even though the cannabinoid isn’t federally legal. The 2018 Farm Bill legalized the growth of industrial hemp with a maximum THC content of 0.3%. However, it didn’t explicitly legalize cannabidiol.

While it isn’t federally permitted, each state has its own laws regarding CBD. In all but a handful of them, the cannabinoid is tolerated and sold in thousands of locations. The rules surrounding CBD can cause confusion, so we have created guides for different states. Today, it is the turn of New Jersey.

Is CBD Legal in New Jersey?

Yes. As long as your CBD is hemp-derived with a maximum THC content of 0.3%, you should experience no issues buying CBD in New Jersey. Furthermore, there are no restrictions on the type of CBD product on sale in New Jersey. While CBD oil remains the most popular option, you can also buy:

Unlike in many states, New Jersey does regulate its CBD market. Only licensed growers and processors are allowed to deal with hemp. Anyone who cultivates the crop without authorization is treated the same as someone who illegally grows cannabis. This means growing more than an ounce could result in up to three years in prison! 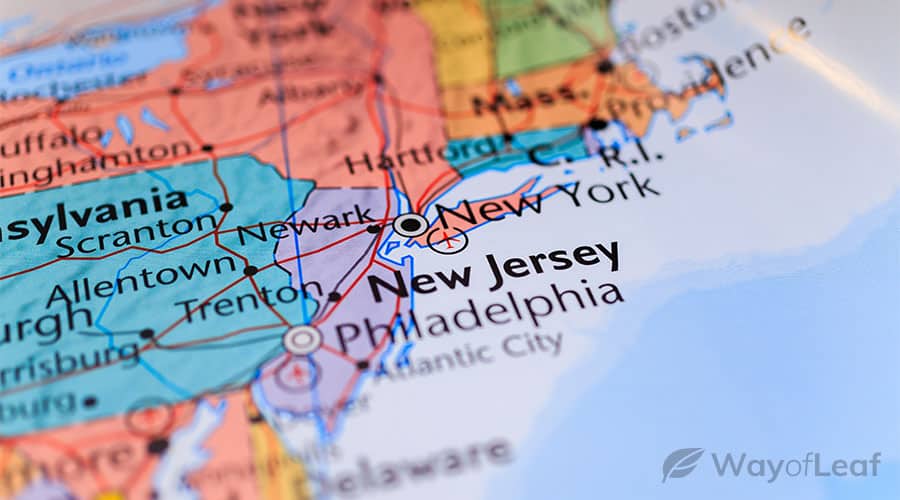 All hemp cultivated in the state must contain a maximum of 0.3% THC. Hemp with more than this level is destroyed. Also, three violations in five years result in a five-year hemp cultivation ban.

As such, there is little issue surrounding the legality of CBD oil in New Jersey. Residents have been free to purchase it for years. The state passed NJ A1330 in November 2018. It required all industrial hemp grown in New Jersey to contain a maximum of 0.3% THC by dry weight. It also set up a hemp cultivation pilot program.

In August 2019, legislators passed NJ Assembly Bill 5322. This outlined the licensing requirements for cultivating and processing hemp. However, New Jersey had already recognized the difference between hemp and marijuana after the 2014 Farm Bill was passed.

Where to Buy CBD in NJ?

Those eligible for the medical marijuana program can only buy cannabis from licensed Alternative Treatment Centers. However, it is possible to purchase CBD oil from hundreds, if not thousands, of locations within New Jersey. Countless physical stores sell the cannabinoid. Here are five of the top-rated sellers of CBD in the Garden State.

However, you might find that there’s a greater choice of products online. You can also check out third-party lab reports to find out what is in each product. Here are five online CBD brands that provide world-class products.

The state legalized medical marijuana in 2010. However, it was considered the strictest MMJ program in the United States for several years. Eventually, though, the state’s medical-marijuana program became more accessible. 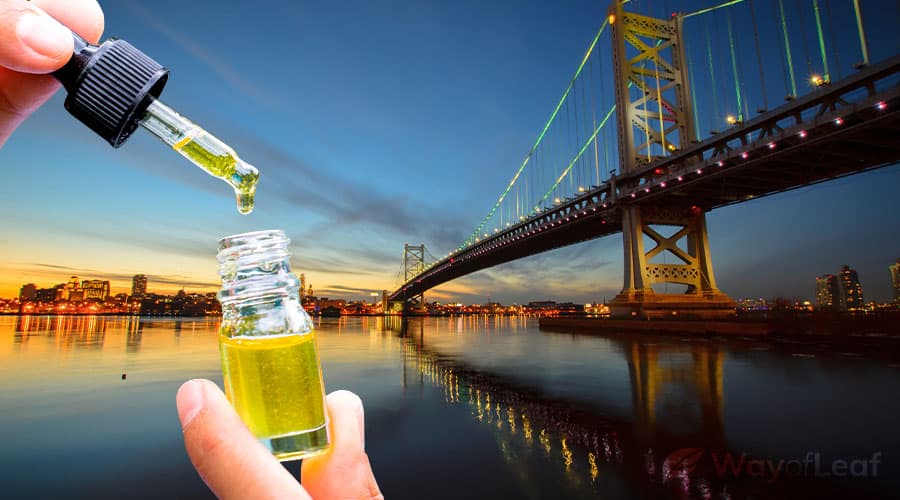 There was soon a drive to fully legalize marijuana. On January 1, 2021, an amendment legalizing recreational cannabis became part of the state constitution. Governor Phil Murphy signed bills effectively allowing it to go ahead in February 2021.

According to the new laws, residents of New Jersey aged 21+ can purchase and possess up to an ounce of weed.

Without legal access to recreational marijuana, New Jersey residents must still have an MMJ card to buy and use it. Otherwise, they continue to face penalties. Fortunately, NJ is one of the most lenient states in the nation regarding marijuana ‘crimes.’

If aged 21+, you can possess up to six ounces of the substance without facing any penalty, although a police officer will confiscate it. A failure to offer your marijuana for confiscation to a law enforcement official is a crime.

Also, you could spend up to 18 months in prison if caught with more than six ounces. The distribution of under an ounce of weed is not a crime on your first offense. However, a reoffense could result in 18 months in jail. Distributing over an ounce is a crime with a potential prison term of 3 – 5 years.

Cultivating more than an ounce is also against the law, and you could spend up to five years in jail if caught!

If you live in New Jersey and have a qualifying medical condition, you can purchase cannabis from an Alternative Treatment Center. You will need a doctor to write a letter of recommendation and complete an application. Recreational cannabis is now legal in New Jersey, but sales have yet to begin.

Until then, you can always avail of CBD oil as it is legal in the state of New Jersey. Ensure any CBD product you buy is hemp-derived and contains a maximum of 0.3% THC. The state has no restrictions on cannabidiol, so you’re free to purchase it at your leisure.

All you need to know about MMJ…