Written by Editorial Team
4 min read
0 comments
Read Later
All information on this website is for general informational purposes only and is not intended or implied to be a substitute for professional medical advice, diagnosis or treatment.
White Ryder Strain Overview
White Ryder is an ultra-relaxing and sedating bud known for its sleep-inducing and calming properties. It is the perfect bud for evening-time use, and it may help reduce anxiety levels as well. White Ryder has a very herbal and traditional cannabis flavor. If you love the grassy and natural smell of marijuana, this one is for you. 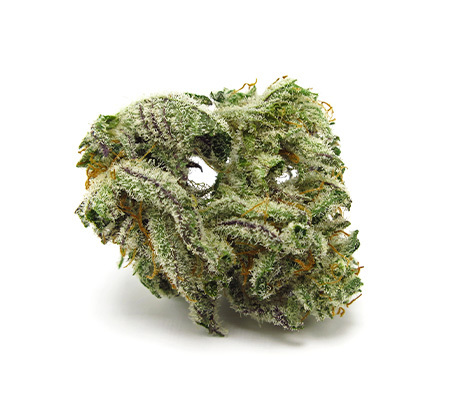 White Ryder is a strain created by self-proclaimed rock and rollers Riot Seeds. Not only do they rock, but they also create delicious blends of cannabis strains. Their goal for this particular blend was to create a version of White Widow that had autoflowering qualities. Autoflowering strains transition from the vegetative to the flowering stage without adjusting the light that they receive.

According to Riot Seeds, White Ryder is the “most potent Ruderalis hybrid in existence.” We certainly like their confidence! This intriguing and fruity strain has exciting levels of THC that are bound to knock your socks off. And it may even provide some medicinal benefit – insomniacs, this one may be for you. Read on to find out more about the White Ryder strain.

What Is the White Ryder Cannabis Strain?

White Ryder is an indica-dominant strain with parentage from White Dwarf and Lowryder. White Dwarf comes from Buddha Seeds and purportedly has medicinal value; it is used to manage intense aches and pains. White Ryder is considered to have medicinal properties and is predominately used for its sleep-inducing effect.

Lowryder is best known for its diminutive stature, growing no taller than 16 inches. While it’s a small plant, it has a lot to give. It flowers at the incredible speed of 7 to 9 weeks and tends to be a very robust plant for new growers. This hardiness has been passed on to its offspring White Ryder.

With potent THC levels of up to 24%, potential users should proceed with caution.

While it may be too potent for novices, this strain is suitable for experienced and amateur growers. As mentioned, White Ryder is an autoflowering strain, which makes a successful grow much more straightforward. It’s incredibly fast-growing, too, so cannabis cultivators won’t have too long to wait to enjoy the fruits of their labor.

White Ryder is a perfect evening or night time strain as it is a relaxant and a hard-hitting one at that. While smoking, it’s not unusual to think the plant isn’t having an effect as it’s a very slow burner. This strain is no Amnesia Haze – give your body time to sink into the lulling effects of the cannabinoids.

Many people notice an uplifting shift in mood. Its ability to calm the user is one of its most attractive qualities, especially for those who find it hard to relax.

This strain has a very intense fruity smell while it’s growing, which potential buyers should note. When combusted, it creates a heavenly herbal blend that may help whisk you away to relaxation.

These herbal blends are also present in White Ryder’s taste. Earthy and woody notes can most likely be re-traced to its parent Lowryder – which has a piney aftertaste.

White Ryder is tiny in stature, making it a good choice for those with limited growing space. It’s a beautiful plant with bright green leaves, branching out in thick groups. It has many trichomes clustered in the center, with long, wiry pistils spilling out from between the plant’s leaves. These pistils are typically dark orange, while the buds are medium in size and sticky to the touch.

Growing White Ryder is rated as easy to moderate and is generally an excellent strain for beginners. Not just because of its size but due to its autoflowering nature and the speed at which it develops.

Strains that conform to light cycles (photoperiod strains) are more challenging to grow. You have to adapt the amount of light they receive through the vegetative and flowering stages. Autoflowering plants, on the other hand, can be kept at the same light and dark patterns throughout both stages. Typically, growers recommend 18 hours of light and 6 hours of darkness each day. 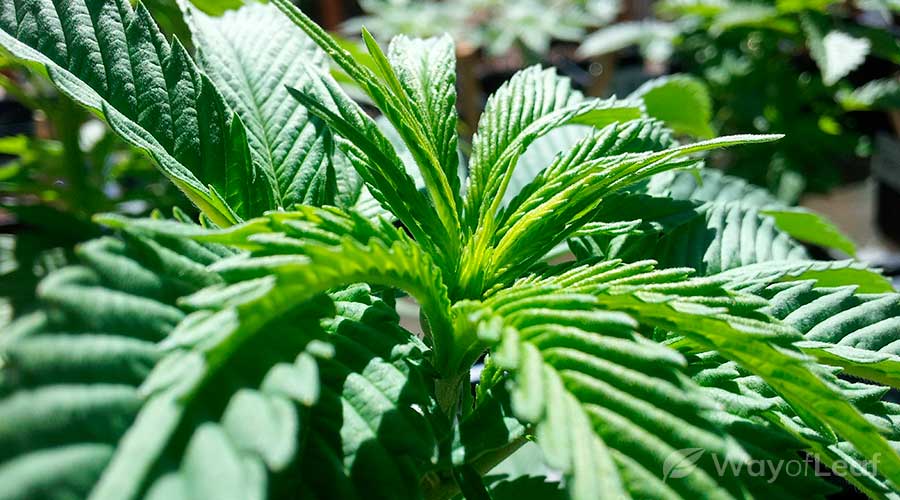 White Ryder plants do well in cool or temperate climates when grown outside. According to Riot Seeds, this plant can grow from seed to bud in as little as 60 days. However, Riot Seeds recommends harvesting after 70-75 days.

The highest THC content recorded in a White Ryder sample was reportedly 24%.

White Ryder has inherited many of its purported medicinal benefits from White Dwarf. Like its parent, this strain is popular among people who have insomnia and are accustomed to sleepless nights.

Most use this strain in the evening to help drift off in a relaxed and calm state.

Due to its relaxing effects, many use it to take the edge off anxiety. Its calming nature may help users to de-stress and unwind.

Possible Side Effects of the White Ryder Strain

Earlier, we mentioned that this strain’s effects aren’t particularly evident at first. Because of this, White Ryder can often be overconsumed. Therefore, rather than experiencing optimal relaxation, users feel unnaturally lethargic.

We love seeing cannabis breeders like Riot Seeds experiment with different strains. Especially when that creativity produces plants as impressive as White Ryder. Riot Seeds may even be setting the trend for more ruderalis strains with high THC levels – we certainly hope so.

We hope this review has been informative enough for you to decide whether this strain is for you.