Written by John Killerlane, B.A., HDip
3 min read
0 comments
Read Later
White Dragon Strain Overview
The White Dragon strain has a frosted appearance and potent effects due to the plant’s THC-filled trichomes. Most consume this indica for its heavily sedating effects to tackle insomnia and pain. 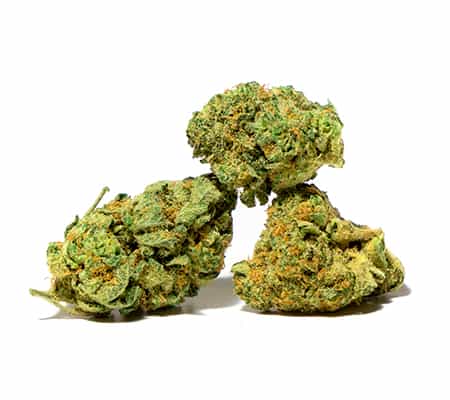 In Chinese mythology, a white dragon symbolizes purity, virtue, and power. Whether puffing on the White Dragon strain by Eva Seeds is virtuous is open for debate, but what is beyond question is its purity and power.

In this comprehensive White Dragon strain review, we will tell you all about this prize-winning indica, including the potential medicinal benefits it may have.

What Is the White Dragon Strain?

The White Dragon strain is categorized as a pure indica hybrid. The “White” part of its name comes from its heavily frosted appearance, as this plant has a thick coating of trichomes. In fact, in 2012, at the annual Spannabis trade show, the White Dragon strain came in second place in the “Most Resinous Variety” category. 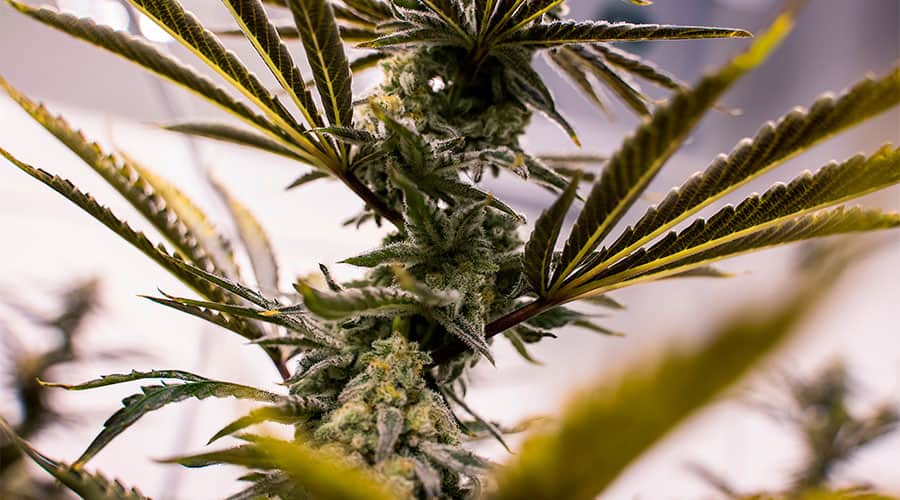 According to the breeders of the White Dragon strain, Eva Seeds, this indica “tastes of the best afghan resin with spicy and woody touches.” The woody touches that Eva Seeds is referring to are hints of pine, attributable to the generous pinene content in this strain.

As mentioned above, the standout feature of a White Dragon plant is its heavily-frosted appearance due to its thick coating of resinous trichomes.

The bad news for would-be White Dragon strain growers is that feminized seeds are listed as discontinued on the breeder Eva Seeds’ website. While likely hard to find, one option is to grow the White Dragon strain using a cutting from a mature female plant (this growing method is called cloning).

If you do grow the White Dragon strain, Eva Seeds recommends beginning the flowering phase when the plant is around 40-60cm tall and ending it when the plant reaches 80-100cm.

The White Dragon strain is a low-CBD indica. Tests show that it can contain up to around 0.75% CBD.

The White Dragon strain is a cross of two powerhouse indicas, namely the legendary Northern Lights strain and the world-famous Afghani strain.

Many medicinal marijuana consumers use the White Dragon strain to address sleep disorders, such as insomnia, due to this indica’s sedating and, ultimately, soporific effects. 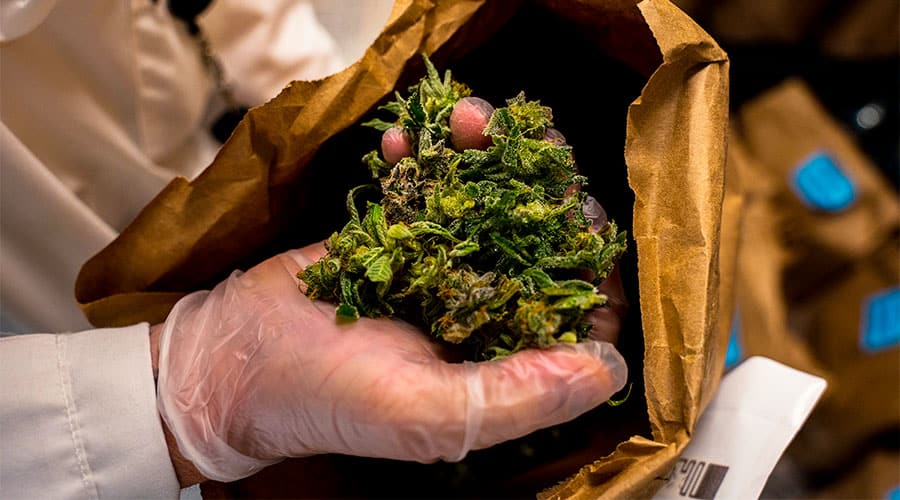 Pinene reportedly has anti-inflammatory effects, which is why it may help to reduce inflammation and alleviate pain. Plus, the second and third most dominant terpenes in the White Dragon strain are sabinene and phellandrene, respectively, which also have anti-inflammatory properties, so it is easy to see why White Dragon is a go-to strain for people experiencing pain.

Furthermore, given that the White Dragon strain is heavily sedating, it likely contains a significant amount of caryophyllene.

Possible Side Effects of the White Dragon Strain

The most common side effects of the White Dragon strain are cottonmouth and, to a lesser extent, dry eyes. However, some may experience adverse reactions such as paranoia, anxiety, or dizziness if they overconsume or have a low THC tolerance.

Couchlock and heavy sedation are extremely common with the White Dragon strain, which some may find unsettling.

If you are looking for a potent, heavily-sedating indica, then the prize-winning White Dragon strain is up there as one of the best options on the market. White Dragon is best suited to an experienced marijuana user accustomed to higher THC indicas and unsuitable for cannabis newbies.