Written by Editorial Team
4 min read
0 comments
Vortex Cannabis Strain Overview
The euphoric and uplifting sensations you feel with the Vortex strain may make you think you’re in a whirlwind of happiness. Its ability to improve moods makes it a popular choice for individuals with conditions such as depression. People with stress also like to use Vortex to help them relax. 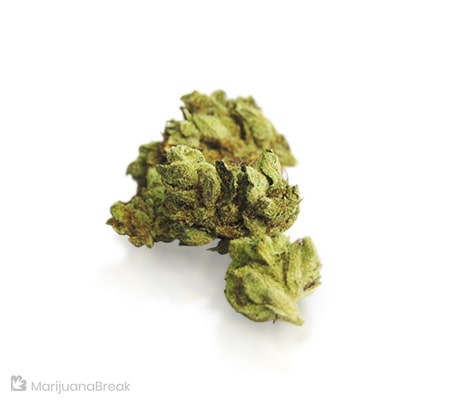 In the marijuana world, breeders consistently come up with appropriate names for their creations. Vortex is another prime example. It is a type of cannabis capable of warping the senses but in a positive sense.

What Is the Vortex Strain?

The Vortex marijuana strain is a cross of Space Queen and Apollo 13. TGA Subcool’s The Dank is the likely creator. It is becoming a ‘classic’ strain in an era where breeders create new hybrids at a rapid pace.

This sativa-dominant strain won the Best Sativa award at the 2010 Cannabis Cup.

What you’ll likely notice first is the wave of euphoria that hits you once Vortex gets to work. Some users say they feel as if they are on a rollercoaster while intoxicated. It has a reasonable degree of THC, but the high is arguably greater than what the THC content tells you.

In general, you will feel an intense level of happiness and experience an increase in creativity. When used in smaller amounts, Vortex can provide a mild energy boost. Although it doesn’t make you feel sleepy, you may want to consider using this strain later in the evening.

It is perfectly fine for afternoon use, but only if you don’t have any tasks to complete. This is because it can cause the world around you to begin swirling.

Vortex offers a delightful blend of sweet mango and citrus. In general, you can expect a fruity smell with a tropical kick.

If the aroma has your mouth watering, the taste doesn’t let you down. Users say they receive a sweet fruit flavor, coupled with a refreshing lemon aftertaste. For a short period, you may feel as if you’re on a tropical island.

The neon-green buds have an enticing coat of resinous trichomes when harvest time approaches. It also has splendid fiery orange hairs, which stand out against the crystalline background.

TGA Subcool suggests that the strain contains a variety of unusual mutations. As a result, you should expect to perform a lot of plant training when you have Vortex seeds. Therefore, you should avoid Vortex if you are a first-time grower.

This strain has slim branches that aren’t particularly strong. However, you can utilize the SCROG method to boost yield. It is possible to grow Vortex outdoors. If you attempt it, you may earn a yield of up to five ounces per plant. It would help if you lived in a warm and sunny climate, as Vortex thrives in the sunlight. 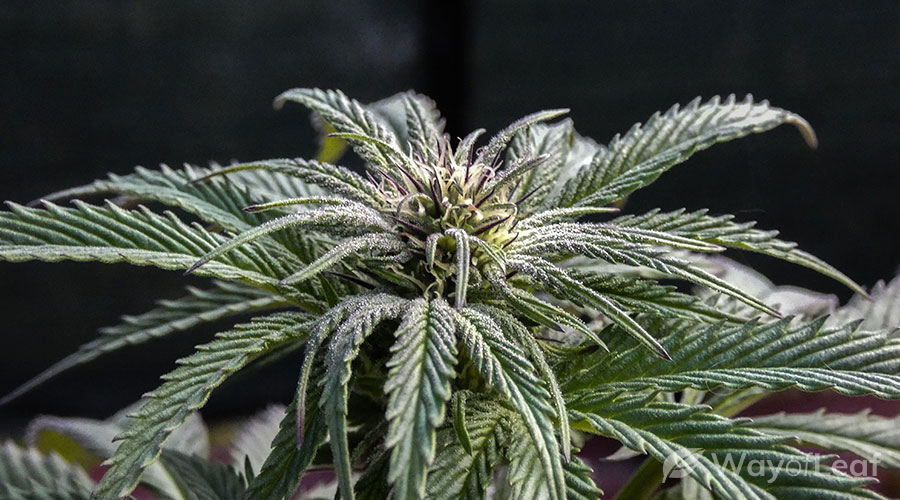 However, you can expect greater success if you cultivate it indoors. The general yield is just four ounces per square meter planted. Thankfully, experienced growers have found that using SCROG training helps add an extra ounce or two. Consider using LED lighting as it could also have a valuable contribution to an increased yield.

It is also worth going down the hydroponics route. This involves using a different growing medium to soil. The process requires the purchase of special equipment. It gives you greater control over the nutrient intake of your plants. That said, hydroponics, like growing the Vortex strain itself, is the preserve of the experienced cannabis cultivator. The strain’s flowering time is 7-8 weeks indoors.

The average THC content of the Vortex strain is approximately 18%. However, you may find cuts with up to 20%.

You are unlikely to find more than 0.6% CBD in the Vortex strain.

Medical Benefits of the Vortex Strain

Given the joy one can feel from the Vortex strain, it is potentially useful for individuals with depression. The high could cause you to forget about your troubles and surrender to the unusual feeling of bliss.

Once you fall into the vortex, you’ll have little desire to come out until the high ends. This strain is also popular amongst individuals with stress for that very reason.

Although it isn’t the most potent strain, it is strong enough to help manage chronic pains and aches. In general, recreational users prefer Vortex, but it is occasionally used as an MMJ strain.

Related article
5 Top Cannabis Strains and the Conditions They Assist

5 Strains that are Perfect for…

Possible Side Effects of the Vortex Strain

While Vortex is useful if you have depression and stress, it isn’t advisable to try it if you have anxiety or paranoia. Indeed, it isn’t recommended for individuals with serious anxiety disorders. It is a fine line between determining if you are just ‘stressed’ and not ‘anxious.’ The sensation caused by this strain could exacerbate any paranoid or anxious thoughts you possess.

Use too much Vortex, and you might experience dizziness and a headache. Therefore, we recommend avoiding it if you are a novice user. You may also experience dry eyes and a dry mouth after use.

Final Thoughts on the Vortex Strain

If you are an experienced user who wants help with depression or pain, Vortex is a viable option. It provides an exhilarating high that lasts for approximately two hours. You may feel energized and creative for as long as the intoxication lasts.

It can lead to an intense feeling of happiness and euphoria, so consider Vortex if you are feeling down.

However, novices need not apply! Also, Vortex isn’t suitable for people with paranoia or a serious anxiety disorder. In terms of cultivation, it is best to grow Vortex indoors. It responds well to a hydroponic system.

All you need to know about this colorful strain

35
4 min read
Join the discussion
TOC
Premium
Your subscription has ended
If you love cannabis and appreciate our content, join WayofLeaf Premium today and receive:
Best of all, part of your membership fee will go towards helping to legalize cannabis.
Go Wayofleaf Premium
No thanks, I can't afford it
I already have an account
×
Login in to your premium account