Written by Editorial Team
5 min read
0 comments
Read Later
All information on this website is for general informational purposes only and is not intended or implied to be a substitute for professional medical advice, diagnosis or treatment.
Super Sour Widow Strain Overview
Super Sour Widow is an evenly balanced hybrid that combines the best of both worlds, bringing in the positive effects from both the sativa and indica families. It’s a unique and potent strain with 18% THC and a high CBD content level of 11%. 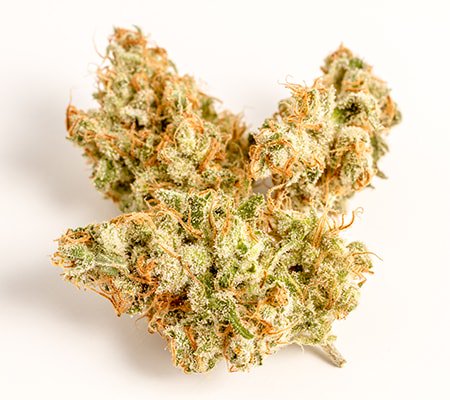 When it comes to marijuana strains, there are a few select ones that have become very famous. Many people have heard of popular strains like Jack Herer, OG Kush, Girl Scout Cookies, and Blue Dream. These strains are household names in some circles and everlasting best sellers in dispensaries all across the US.

However, just because these strains are popular, it doesn’t mean that they are necessarily the best. It’s highly likely that there are other strains out there that will suit you better. Today, there are hundreds (if not thousands) of strains to choose from, and the one that we will be reviewing below is Super Sour Widow.

For now, it seems as though the strain has not gone mainstream. In fact, we don’t know much about it, but we do know a few important details. Perfectly balanced, surprisingly potent, and amazing flavor – Super Sour Widow is all of these things and more.

What Is the Super Sour Widow Strain?

The Super Sour Widow strain is a top-shelf hybrid crossed between Super Sour Diesel and White Widow. Although the breeders are unknown, we can tell that they are very talented at what they do. This strain combines all the positives of each parent without the negative side effects – and that can only be achieved through lots and lots of patience.

Super Sour Diesel has quite a reputation. Firstly, it delivers an intense cerebral buzz that eliminates stress. It’s also very potent and should be avoided by beginners. The other parent strain, White Widow, has been around for almost three decades and also induces an intense euphoric high. Both are also known to make users feel motivated and energetic.

Staying true to its lineage, Super Sour Widow boasts the best traits of its parents. It’s a perfectly balanced strain (50% sativa/50% indica) that is surprisingly potent and can cause psychoactive effects. But, it has one unique and astounding feature that makes it stand out against most of the hundreds of other marijuana strains out there.

Besides the THC levels that clock in at around 15% to 18%, the CBD content in this strain is off the charts at around 11%.

Although Super Sour Widow is an evenly-balanced strain, the effects lean more towards the sativa side due to the potent mental high it induces. After just your first puff, you will feel a rush of euphoria set in that uplifts the spirit. Typically, users tend to feel relaxed, happy, and cheerful and often become a lot more sociable.

Super Sour Widow is also known to make users more productive, giving them a clear mind and helping them to focus better. A burst of energy will take the place of laziness, and creativity will soar, making this a great strain for writers, artists, musicians, and even athletes.

The Super Sour Widow high is slow-building, but when it peaks, the effects will be long-lasting and mentally energetic. It doesn’t cause couchlock, but there’s a chance that some people may experience intense psychoactive effects – a trait inherited from White Widow. With that in mind, this isn’t a strain recommended for first-time users as it can get ahead of you.

Super Sour Widow has sour and skunky hints mixed with a fruity scent. The smell is often described as being a citrusy diesel aroma. It’s quite pungent but pleasant for most. However, this means that privacy may be an issue for growers, especially if they don’t want neighbors to know what they’re cultivating.

Hacks from the pros…

When smoked, Super Sour Widow tastes sweet and tangy with a diesel aftertaste upon exhale. The sweet side is contrasted by the citrusy and sour lemon flavor, along with a hint of fuel. While the concoction of flavors may sound odd, they work. Most people should find Super Sour Widow to be a pleasant smoke.

The Super Sour Widow plant features nugs that are olive green and fluffy, with crystal white trichomes and caramel-colored hairs. 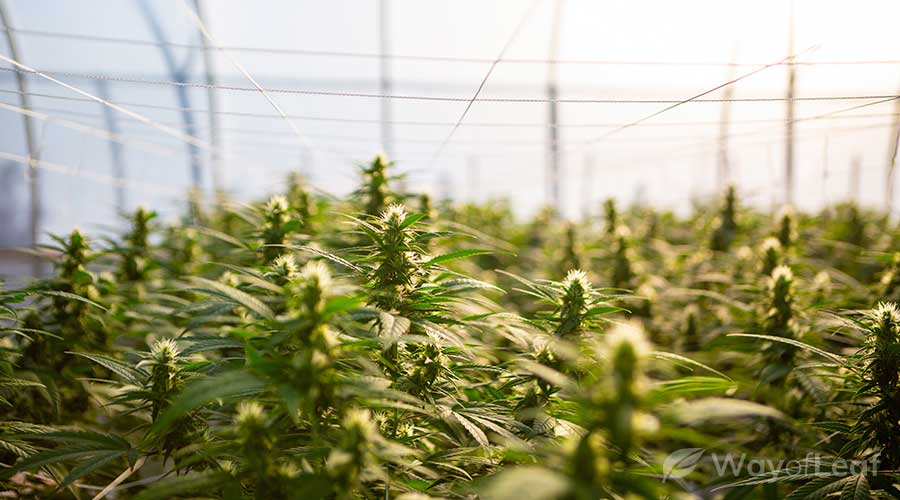 We couldn’t find any Super Sour Widow seeds online. So it appears as though the only way to grow this strain is to find and obtain clippings. Based on its genetic lineage, Super Sour Widow should be a great strain to cultivate in a warm environment, indoors and outdoors.

Super Sour Widow features THC levels of between 15% and 18%, and we couldn’t find anything suggesting that it’s ever exceeded 18%. Although you do get quite a few strains with higher THC levels, this one is known to be quite potent and isn’t recommended for first-time users.

The majority of the time, strains with high levels of THC contain only trace amounts of CBD. Surprisingly, Super Sour Widow breaks this norm with CBD levels of approximately 11%. But there’s no indication that the CBD level exceeds this amount.

The combined mental and physical effects of this strain offer a lot of good to the people who need it most. For instance, it can relieve stress and is, therefore, also a good option for managing depression, restlessness caused by anxiety, and other mental health issues.

However, the treatment of generalized anxiety and PTSD isn’t recommended with Super Sour Widow as it has the tendency to become overwhelming in large doses.

Also, thanks to its energetic properties, Super Sour Widow can be effective in the treatment of chronic fatigue and generalized sleepiness.

Furthermore, as we’ve already mentioned, Super Sour Widow has an unusually high amount of CBD. It’s already rare for a strain to have 1%, nevermind more than 10%. This is important to note because it means that the strain could be beneficial to people suffering from epilepsy or seizures.

Possible Side Effects of the Super Sour Widow Strain

With just about every cannabis strain, you can expect dry eyes and cottonmouth, and Super Sour Widow is no different. Besides these, there are a few other things users should be aware of.

Firstly, Super Sour Widow is a potent strain, and it can cause an intense psychoactive experience. Not that it’s a problem, but it can be unnerving for some people, especially newbies. Also, it may cause some users to feel anxious or paranoid. Therefore, people who have these issues should avoid using this strain.

The Super Sour Widow strain’s high is psychoactive, but it has incredible medicinal capabilities as well.

Although the high can be quite intense, Super Sour Widow won’t leave you couch-locked and instead will energize you and make you feel a lot more focused.

Therefore, it’s a great option for users who are wanting to be more productive. Super Sour Widow also has great stress-relieving properties and could help people that suffer from depression. It’s a solid strain for anyone who loves the White and Diesel families.