Editorial Team
3 min read
10 comments
Stevie Wonder Strain Overview
The Stevie Wonder strain is a sativa-dominant hybrid known for its uplifting and social high accompanied by a bright and zesty orange flavor. It is the result of crossing quite a few different buds, so it has some dynamic and sweet undertones mixed in as well. It’s great for evening usage and a night relaxing in with some friends. 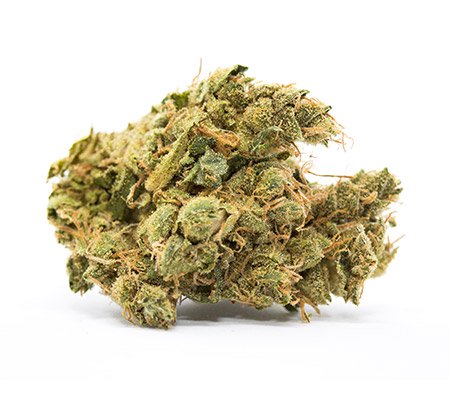 If there’s one thing in the world that can bring back life and positive, electric vibrations, it’s Stevie Wonder’s uplifting and melodic songs (well that and perhaps a defibrillator machine).

The talented R&B star became famous for a number of releases and live performances, so big in fact, that the brilliant breeders over at Bodhi Seeds combined a bunch of incredible strains to produce Stevie Wonder marijuana – an amplifying, heavy-hitting flower with strong medicinal potential.

| As one might guess, the Stevie Wonder marijuana strain was bred to exemplify how the R&B star’s music makes you feel; uplifted, spiritual, and joyous all at once.

As you keep reading, the more you learn about this pretty lady cannabis strain the more likely it’ll have you thinking (or perhaps singing), “isn’t she lovelyyyy, isn’t she wonderfulllll?”

So relax, unwind, and try a puff of the magical Stevie Wonder cannabis strain. The hybrid genetics will leave you exclaiming, “I wish those days would come back once more!“, and trust us – you’ll really actually want some more.

What Is Stevie Wonder Marijuana?

Not to be confused with the artist Stevie Wonder, in this article we are discussing the cannabis strain by the same name (in case you’ve already been puffing on a little ‘Stevie Wonder’ yourself and needed us to clarify that).

The green and leafy Stevie Wonder is classified as a hybrid cannabis strain, but unlike some hybrids, this bud has plenty of sativa genetics – making it an uplifting and high-spirited medicine that causes expressions of extreme joy, happiness and joyousness.

| Ranking in with a hefty THC content between 19-26%, Stevie Wonder cannabis is a one-hit quitter – quite unlike the pretty flower’s uber-talented namesake.

With a sativa to indica ratio that sits at 90% to 10%, there’s no doubt that the head high of this herb is out of this world. And much as a Stevie Wonder tune can uplift the spirits, plenty of cannabis consumers and medical marijuana patients are turning towards the strain for both emotional guidance and physical healing.

Keep reading to learn about the medical conditions that SW can help, and even how you can grow this cannabis strain yourself…

Aroma-wise, Stevie Wonder is awfully pleasant. Due to its strong parental lineage, the cannabis strain receives its flavors and smells from some rather trustworthy sources, but the first hit of this medical marijuana might make you cough a lot, be warned.

It is not the smoothest-hitting smoke, but it sure smells delectable and gives your taste buds something to drool over. Featuring notes of fresh cut oranges, far-stretching forests and camping close to the dirt on a crisp Sunday morning, Stevie Wonder seems to hit its consumers right in the nostalgia sector with its more than just pleasant aroma.

| Some even claim the Stevie Wonder weed strain reminds them of the tropical sweetness of exotic fruit – but that is honestly up to each consumer to decide.

Flavor-wise, the most prominent note that you’ll notice after hitting the Stevie Wonder cannabis strain is pure, blissful sweetness. (this sugary taste can likely be accredited to the strain’s genetic ties to Blueberry).

It is important for those who are interested in trying Stevie Wonder weed to understand that this cannabis is certainly not going to be the most beautiful of buds sitting in those glass apothecary-style jars at your local dispensary or recreational shop.

Instead, this cannabis strain might be the last one you’ll notice, with its somewhat classic, nothing too impressive typical grassy green color, lacking the crystalline luster that seems characteristic of so many other high-THC strains.

But truth be told, Stevie Wonder marijuana doesn’t need all that attention – its THC percentage alone and unique effects on both the mind and body are what shape this cannabis strain into being what it is. Although many will not try this cannabis globally during their lifetime, those who do can expect to be thoroughly impressed by its abilities.

In all honesty, not a ton of information is understood about how to grow the Stevie Wonder marijuana strain, because what is primarily available on the market is a remake of the SW strain mixed with Snow Lotus (which, by the way, is known as Superstitious).

Because Superstitious is so similar to SW genetically, it is a good rule of thumb to follow some of the growing criteria of this cannabis strain and apply it to Stevie Wonder.

With that said, people claim that Stevie Wonder seeds can still be purchased somehow from Bodhi Seeds directly, but how exactly you can achieve this is a task you will have to face yourself — as long as you stay calm and not too “Superstitious” (see what we did there?). Anyway if we look at the relative cannabis strain of Stevie Wonder cannabis, here is what we understand about its growing process: 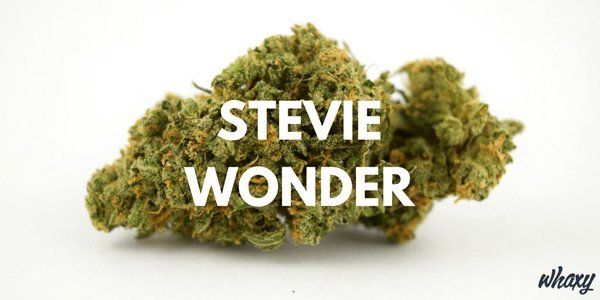 As mentioned above, Stevie Wonder cannabis has a profound ability to bring happiness, joy and smiles into the lives of those who try it, and although it is not necessarily a hype-bringing, energizing strain, it does has a very motivating and uplifting aspect to it which seems to cause more so a talkative behavior and focused attitude, regarding the mind.

The body, however, will relax and reach a subtle euphoria, and you might even start to get a tingling sensation. All in all, these aspects of this cannabis strain make it a quintessential choice for a morning, daytime, late afternoon or just after work smoke, acting especially brilliantly within social settings of small to medium groups where you have plenty of chances to start conversations and bring up intriguing topics.

Even better, try listening to some Stevie Wonder hits while consuming Stevie Wonder cannabis; that is what we would call an ultimate ‘Stevieception’.

Medical marijuana patients, those who can actually get their hands on Stevie Wonder because of its rarity, really seem to enjoy this medicinal strain and its profound abilities to heal without exhausting. People have been using it primarily to manage depression, stress, nausea, lack of appetite, migraines, chronic pain, muscle tension and fatigue, but it can be used for a number of other reasons also.

Those who are looking towards Stevie Wonder for help with a mood disorder, should start by consuming small, comfortable and familiar amounts, because individuals with mood disorders tend to be at higher risk of developing negative side effects such as paranoia and anxiety from THC heavy strains, regardless of the cannabis strain name.

Stick to what you know and build from there if you want to ensure a pleasant experience. Those hoping to manage physical conditions or ailments, should consider consuming an average to large dose of this cannabis strain, in order for its full effects to be experienced.

Edibles, concentrates and extracts, are all incredible ways to get high concentrations of THC into your system, with less efforts needed to be taken.

The primary reported negative side effects from Stevie Wonder, is dry mouth a.k.a. cottonmouth, and consumers have been saying that this cannabis especially turns mouths into deserts.

Don’t fret, by staying hydrated before, during and after the consumption of the Stevie Wonder strain, you’ll be able to avoid any extreme cottonmouth, and essentially bring rain back to the dry, dry desert once again.

Some people report experiencing dry, itchy eyes, but this adverse effect is not so prevalent and can be managed with soothing eye drops from a local drug store.

If you need help managing depression, stress, anxiety, chronic pain, muscle tension, lack of appetite, nausea, migraines or fatigue, whether because of an injury, illness or separate matter, the hefty Stevie Wonder marijuana strain might be the right choice for you.

We hope that you not only found this Stevie Wonder review to be entertaining, but also educational and informative. It is vital to remember that the consumption of cannabis is the sole responsibility of the user and discretion should always be taken.

All you need to know about this potent hybrid