Written by Editorial Team
3 min read
0 comments
Read Later
All information on this website is for general informational purposes only and is not intended or implied to be a substitute for professional medical advice, diagnosis or treatment.
Star Killer Strain Overview
If you’re searching for a high-THC strain to kick back with, then look no further than Star Killer. This strain will have you feeling starstruck with its 28% average THC level. The flavor is skunky and lemony, and is super smooth on the palate. It is an extremely sedating strain and can act as a potent painkiller as well. Best saved for the end of the day, after all obligations have been fulfilled. 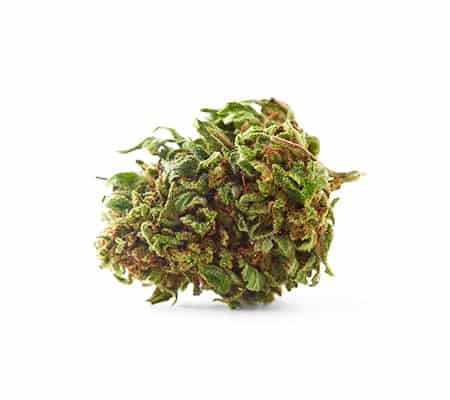 As you probably know by now, marijuana and sci-fi just seem to be a great ‘mix.’ This is perhaps why an increasing number of strains are named after science fiction characters. Certainly, the Star Wars saga is well represented in the weed niche. Names such as Yoda OG, Skywalker OG, Death Star, and Darth Vader OG take us to a period from a long time ago in a galaxy far, far away.

The Star Killer strain is another with a Star Wars character name; this time, it is named after Galen Marek, an exceptionally powerful warrior who trained as Darth Vader’s apprentice. Eventually, he turned his back on the Sith and joined the rebellion against the Empire. In the end, he sacrificed his life to save the rebel senators.

Like the Star Killer of lore, this marijuana strain can help you turn your back on the dark side.

What is the Star Killer Strain?

Star Killer weed is an indica-dominant hybrid and is a cross of a Rare Dankness #2 male and Skywalker OG. It is a hard-hitting marijuana strain with an insanely high THC level and is not the best option for a daytime smoke. Although it is a relatively new strain, it has already won a host of awards, including the THC Championship three years in a row, and the 2016 Cannabis Cup where it won first place in the hybrid category.

You should immediately get the strong smell of lemon and pine. When you add in intense notes of diesel, soil, and hash, you have a fairly potent aroma with a pleasant citrus twist.

Star Killer’s taste is a whole lot more complex than its scent. It offers a skunky and pungent flavor that is not to everyone’s tastes. When you add in the earthy, lemon, and pine flavors, Star Killer’s taste is anywhere from strange to unique depending on your viewpoint. If you can handle the taste, you will be rewarded with a smooth smoke and a nice spicy hint on the exhale.

Its Skywalker genetics are very much on show here, as it has compact but fluffy forest green buds. If you look closely, you may even get hints of purple along with wispy orange hairs. Once the plant is ready for harvest, you will marvel at the trichomes which glisten like a chandelier.

As it is relatively new, there isn’t as much information about growing Star Killer as there is about older strains. If you get your hands on Star Killer seeds, it is best if you keep the temperature between 70- and 80-degrees Fahrenheit during the day. It grows well in a Mediterranean climate outdoors, while indoor growers must monitor their lighting regularly. 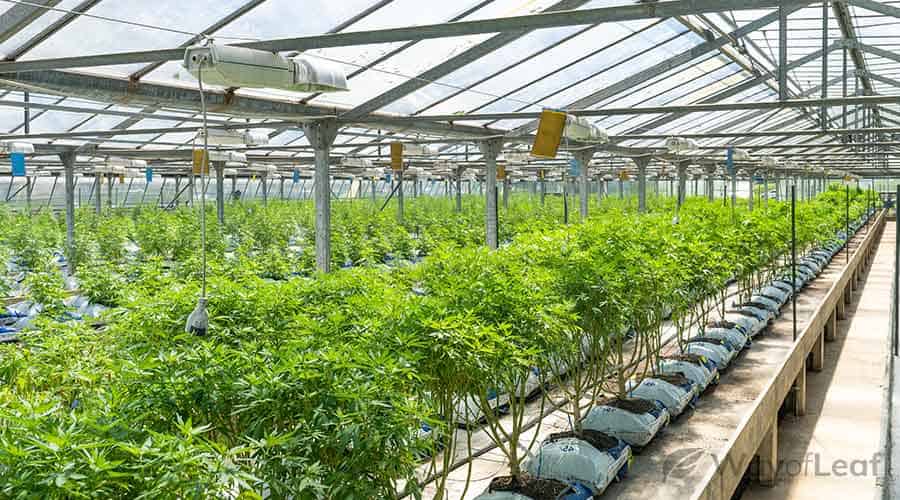 When grown outdoors, Star Killer should be ready to harvest by the end of October, and it can provide approximately 16 ounces per plant. When grown inside, it has a flowering time of 9-10 weeks and can produce up to 16 ounces per square meter planted. A lot depends on the phenotype, but typically, Star Killer produces large, dense buds. As it tends to grow shorter and stockier than its OG family members, it is perfect for an indoor grow.

Star Killer is potent! There is a reason why it keeps winning THC awards. We have heard of Star Killer cuts with a THC content of up to 29%. Even a less potent version is likely to have 26% THC or thereabouts.

It is also a strain relatively high in CBD. We have heard that Star Killer can have approximately 1.8% CBD, which has a slight impact on the potency.

What Can I Expect When I Use Star Killer Weed?

We advise you to forget everything you know about what an indica-dominant hybrid does when it comes to Star Killer. The main similarity is that you should feel upbeat and happy at the beginning. However, while an indica heavy strain normally follows this up with a cerebral euphoric high, Star Killer causes you to become hazy and extremely stoned.

The powerful head high creeps into the body and is capable of completely numbing you. Unless you have an exceptional tolerance to weed in general, Star Killer is an energy killer that causes you to remain glued to your bed or sofa. Don’t even think about using this strain if you have any daily tasks to complete; it is far more likely that you’ll end up fast asleep. You can expect this sensation to last for 3-5 hours.

You can take a pretty accurate guess as to what Star Killer weed can do as a medicine. If you suffer from insomnia or else you need to relax at the end of a hard day, this is the cannabis strain for you. You should only use it in the late evening or at night because it WILL sedate you and cause your energy levels to plummet; in a positive way.

As it is extremely sedating, Star Killer is also the weapon of choice for anyone who needs painkilling medication. The potent high should take your mind away from whatever pain you feel, and send you into a peaceful sleep. It is occasionally used by individuals suffering from depression.

The powerful effects of Star Killer are ideal when it is used at night. However, it is a bad idea to use it during the day because its effects could knock you out. If you are predisposed to anxiety or paranoia, excessive use of this strain could exacerbate these feelings. Star Killer is not a good option for beginners due to its potency. Common side effects include dry eyes and dry mouth.

Overall, do not use Star Killer as your Wake and Bake option, unless of course, you get up in the morning when your day is supposed to start in the early afternoon! It is a third-generation OG cut so while it has the well-known pine, skunk, and earthy scent and taste, it doesn’t have all of the traits associated with OG strains.

It is a fairly easy marijuana strain to grow, although you will need to be careful when choosing the lighting. Ultimately, Star Killer is not a strain you use when you have work to do or need an energy boost. It is perfect for insomniacs and anyone else who fancies spending a few hours zonked out on a sofa or bed. After all, for sleep-deprived Americans, a daytime nap is the new Afternoon Delight!

22
4 min read
Video
Join The Discussion
TOC
Premium
Your subscription has ended
If you love cannabis and want to support our site, join WayofLeaf Premium today and unlock
Best of all, part of your membership fee will go towards supporting the fight to legalize cannabis.
Sign Up for WoL Premium
Not now
I already have an account
×
Log in to Your Premium Account