Written by Editorial Team
4 min read
0 comments
Read Later
All information on this website is for general informational purposes only and is not intended or implied to be a substitute for professional medical advice, diagnosis or treatment.
Space Queen Strain Overview
Space Queen’s name fits it well, as it is the queen of feeling spacey. It can make you feel as if you’re floating due to its potent cerebral high and can give you a big boost in energy as well. So, if you’re looking for a racy and exciting high, Space Queen has got you covered. 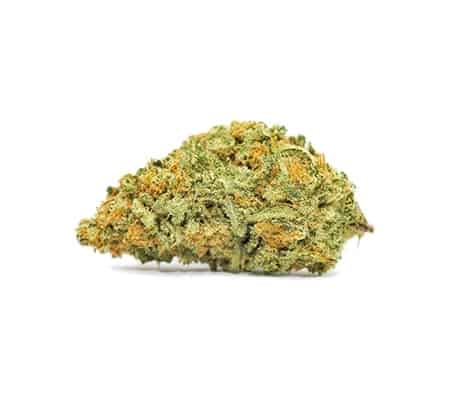 Now that Canada has fully legalized marijuana, we expect the industry to enjoy a fantastic spell of growth. We will ultimately see more dispensaries in Canadian towns and cities, and breeders can also create new hybrids. Space Queen is one of the best recent efforts.

What Is the Space Queen Strain?

The Space Queen marijuana strain is a cross of Cinderella 99 and Romulan and is known for its mellow high. The British Columbia Growers Association bred it, and this strain is now one of Canada’s most popular weed exports.

It is a sativa dominant hybrid occasionally known as Space Jill. Many breeders, such as Subcool from TGA Genetics, use it in several projects. There is a rumor that the original Space Queen strain no longer exists and was replaced by Space Queen F2! 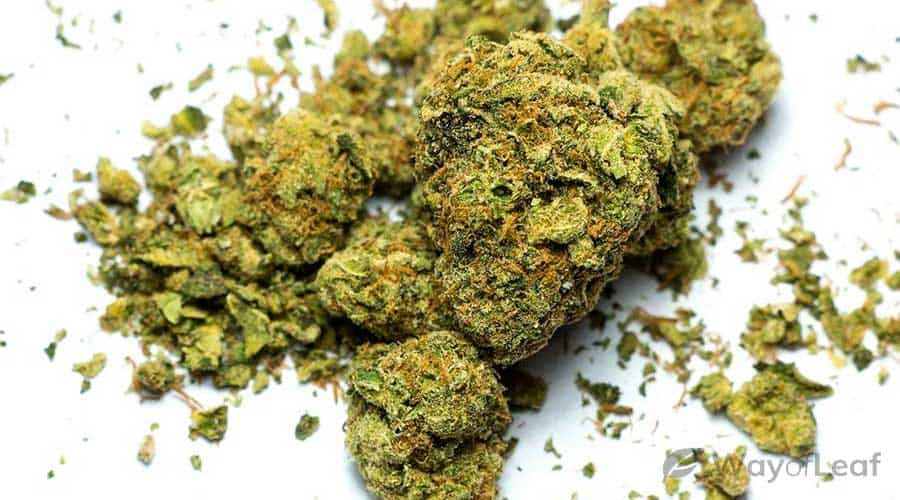 In general, Space Queen is a perfectly fine strain to use during the day. However, only use a small amount per session. Otherwise, your red eyes and spaced-out look will give the game away. Its impact is described as being akin to a caffeine overdose. Your mind becomes filled with a thousand random thoughts and no way to focus them.

In most cases, you will feel the strain’s indica properties first as the cerebral high makes you feel happy and eases your stress. We have heard reports of users feeling as if they were floating after taking Space Queen for the first time.

Eventually, its sativa effects take over, and you feel creative and energetic. Most users will reveal their stoned nature through silly grins. There is little or no ‘comedown’ to speak of if you use it sensibly.

Once you give this strain a sniff, you will love the fruity and spicy aroma, which carries several savory notes, too. The combination of smells includes vanilla, cinnamon, berries, and apples, combined with a cheesy scent.

The sweetness of this strain goes right to the tongue, and you are in for a treat because twists of citrus also make an appearance. Depending on the phenotype, you could receive a woody or creamy aftertaste.

This strain’s nugs are rather dense and have a football-type shape. In certain phenotypes, you will also see a few specks of purple in the plant’s calyxes.

Once you have Space Queen seeds, you can grow your crop inside or outside. If you are growing indoors, pay special attention to this plant during the first three weeks of flowering because it gets exceedingly tall. It is not the easiest strain to grow and performs best in slightly acidic growing mediums with a pH of around 6.0.

Space Queen grows tall, so indoor growers must use a training method or two to keep vertical growth in check. We recommend trying the screen of green (SCROG) or sea of green (SOG) methods. Space Queen grows lanky, which means it requires canopy support. These plants are usually ready for harvest after a flowering time of about eight weeks.

When growing outdoors, make sure your plants are exposed to a warm, mildly arid climate filled with CO2. Keep the daytime temperature to around 85-90 degrees, as this plant can tolerate plenty of heat. You can bump the temperature up to 95 degrees if there is an elevated level of CO2 in the air.

The THC content of Space Queen varies significantly. While you may find a strain with 16% THC, there are versions with 23%; far too much for a beginner!

In contrast, the CBD content is minimal; you are unlikely to find over 0.2%. As a result, the THC to CBD ratio is likely to be 100:1 or higher.

In the medical marijuana community, Space Queen is often used for PTSD, mild depression, anxiety, and stress. It is also used to battle headaches, fatigue, and nausea. If you have issues with appetite, Space Queen could help as it might cause a case of the munchies.

Possible Side Effects of the Space Queen Strain

This strain can cause dry eyes and a dry mouth. You can ease these symptoms by drinking water when using Space Queen. Sometimes, novices report feeling dizzy, and this strain may also cause paranoia. It is a strain that works fast. Therefore, we recommend avoiding the urge to continue smoking because it is far too easy to overdo it.

Space Queen is an excellent option for daytime smoking. However, you can also use it in the evening or at night to unwind. It is a reasonably powerful hybrid, so ingest it in small doses first to understand the effects it may have on you.

It is difficult to grow, and cultivators often complain that it is hard to bring out Space Queen’s full flavor profile. When you get it right, however, the trichomes will appear en masse. We have read stories of how the trichomes of this plant almost glow in the light. It is an effect that looks especially incredible when the buds show traces of violet.

It is a plant that requires all of your attention when growing because of the need to top it constantly. It also has an exceedingly strict light schedule coupled with a mediocre yield! While it is hard work to grow, it is a joy to use, which is why so many growers persevere with this strain.