Written by Editorial Team
3 min read
3 comments
Read Later
All information on this website is for general informational purposes only and is not intended or implied to be a substitute for professional medical advice, diagnosis or treatment.
Sour Tsunami Strain Overview
One noteworthy characteristic of the Sour Tsunami strain is its high CBD content. It can contain up to 13% CBD; and while its THC level can vary, in some strains, it’s as high as 10%. As a result, this strain is a popular choice among medicinal cannabis consumers. 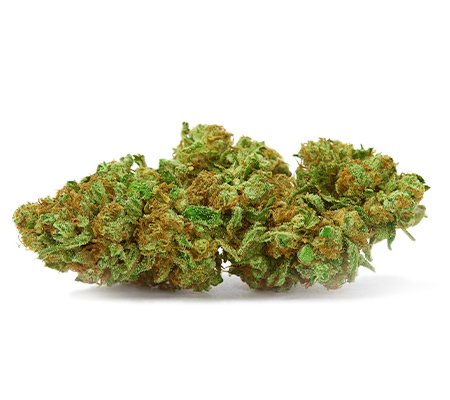 Sour Tsunami is one of the first marijuana strains recognized for its CBD content rather than its intoxicating high. Cannabidiol, better known as CBD, is the most abundant non-intoxicating compound in cannabis. Many of CBD’s proponents suggest that it can address medical conditions such as anxiety, chronic pain, and epilepsy.

What Is Sour Tsunami?

There is some debate as to the background of the Sour Tsunami strain. This strain was created by Lawrence Ringo, a famed breeder from the Southern Humboldt Seed Collective.

The mystery surrounds the strains he used to breed his popular creation. We know that Sour Diesel was definitely involved. However, some people say it was crossed with Ferrari, while others claim that Ringo crossed Sour Diesel with NYC Diesel.

Ringo initially created Sour Tsunami to help ease the severe pain he suffered from a back condition. He didn’t want to use traditional medication and hoped to find a strain with a high enough CBD content to alleviate his symptoms.

Today, it is a widely used medical marijuana option, especially in Michigan, California, and the Pacific Northwest. By modern standards, the THC content of up to 10% is rather low.

If you find a phenotype with a lower CBD level and higher THC content, you may experience mildly intoxicating effects. Sour Tsunami users generally describe its effects as uplifting, relaxing, and focus-inducing. Given the overall nature of its effects, Sour Tsunami is an excellent daytime strain.

As you might expect, given its background, Sour Tsunami has a diesel scent but with slightly sweet undertones.

The Sour Tsunami strain has a detailed terpene profile. A plant’s terpenes are responsible for its scent, but they also reportedly have potential medical benefits. The main terpenes in Sour Tsunami are myrcene, pinene, and terpinolene.

There is a hint of diesel in play when you smoke this strain. The citrus, pine, and woody notes make its taste unique.

Sour Tsunami is identifiable by its dense buds and its dark green leaves. Some phenotypes have purple tinges on the leaves.

The bad news for cannabis cultivators is that Sour Tsunami’s growth level is rated as difficult. Therefore, this strain is only suitable for experienced growers.

Sour Tsunami is a strain that produces numerous phenotypes with varying cannabinoid profiles. Some say that you only have a 25% chance of growing CBD-rich bud from seed. 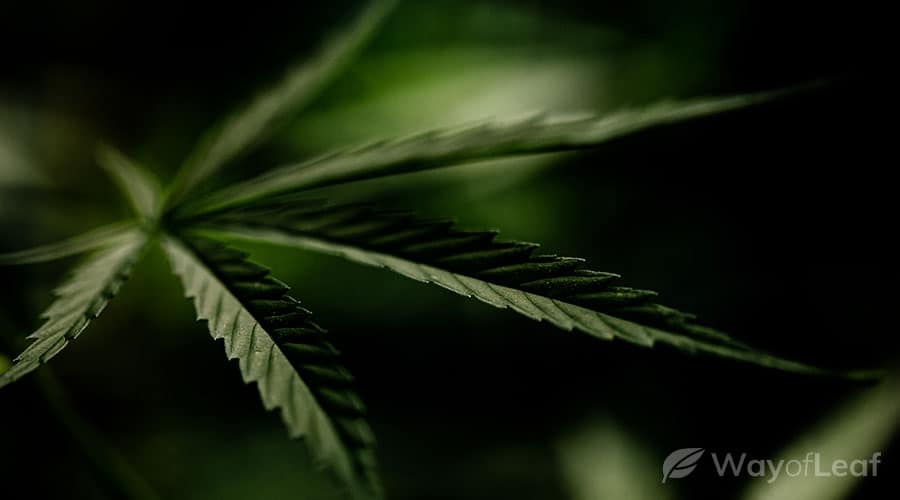 One way to verify your plant’s CBD content is to have them tested. After the plants have been growing for about 3-4 weeks (before flowering), take samples from the plants. Next, send them for analysis to see if they are producing the desired level of CBD. If they are, we recommend taking cuttings to use as clones for future harvests.

When you grow Sour Tsunami indoors, it takes 8-9 weeks to flower. Indoors, this strain typically produces up to 16 ounces of bud per square meter. If you elect to grow it outdoors, it yields up to 16 ounces per plant. Your crop should be ready for harvest by the middle of October.

The highest THC level recorded in a Sour Tsunami sample was 10%.

Lab results show that the Sour Tsunami strain can contain up to 13% CBD.

Sour Tsunami’s high CBD level means that cannabis consumers use it for medicinal rather than recreational purposes.

Among the medicinal cannabis community, Sour Tsunami is lauded as a powerful analgesic. Consequently, many consume this strain to relieve chronic pain, migraines, and muscle spasms.

Many believe that Sour Tsunami, like other high CBD strains, such as Charlotte’s Web, have anti-epileptic properties. Finally, some use this strain to address depression and stress due to its uplifting and relaxing effects.

Possible Side Effects of the Sour Tsunami Strain

The main side effects associated with this strain include dry eyes and dry mouth. As most Sour Tsunami phenotypes contain a relatively low THC level, consumers are unlikely to experience adverse reactions. However, in rare cases, some users said that this strain gave them a headache, or they experienced mild anxiety or dizziness.

The most notable aspect of the Sour Tsunami strain is its high CBD level. Some phenotypes can contain up to 13% CBD, which is why this strain is so popular among medicinal cannabis consumers.

In terms of its THC content, it can be as low as 1% or as high as 10%. Therefore, users of this strain could benefit from a phenomenon known as the entourage effect. The theory behind the entourage effect is that cannabinoids work better together rather than in isolation.

Given its cannabinoid profile, some believe that Sour Tsunami is one of the most effective forms of medicinal marijuana on the market.