Written by Editorial Team
4 min read
0 comments
Read Later
All information on this website is for general informational purposes only and is not intended or implied to be a substitute for professional medical advice, diagnosis or treatment.
Snow White Strain Overview
Snow White is a fairy tale strain with a forest-like aroma and a magical frosting of white trichomes. Both relaxing and uplifting in its effects, this little bud is loved by recreational and medical users alike. 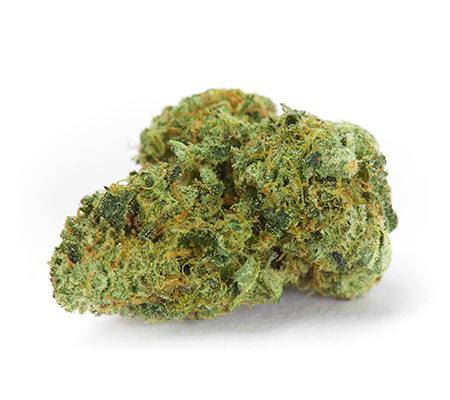 The Snow White strain is a magical tale come true. Featuring balanced effects and fat buds with a high resin content, it is ideal for both recreational and medicinal use. But is this hybrid really the fairest of them all? Read on to find out.

What Is the Snow White Strain?

Just like the princess in the story, Snow White weed descends from marijuana royalty. As it is a cross of White Widow and Northern Lights, it’s no wonder this creation from Nirvana seeds is such a hit.

The strain is a slightly indica-dominant hybrid. It boasts well-balanced and mellow effects. Users report feeling relaxed, happy, and uplifted just minutes after consuming this strain. According to its creators, this strain could even have you “singing to the birds.”

Snow White has soothing physical effects, providing a gentle body buzz without inducing couchlock. It is also mildly cerebral, with some users reporting a sense of euphoria and creativity after consumption.

This ability to induce relaxation without sedation makes Snow White ideal for daytime or evening use.

Snow White’s aroma is somewhat akin to a fairy tale forest, earthy and woody, with just a hint of citrus. Some users say that they can also detect pine hints, further adding to the sylvan appeal of this strain.

The Snow White strain’s flavor continues what its aroma began; it’s woody and citrusy. However, users also describe this strain’s flavor as nutty with notes of floral sweetness.

Although the smoke from Snow White weed is thick, it is also undeniably smooth. This smoothness means that coughing fits are unlikely, adding to the overall enjoyment of this strain.

A Snow White plant is short and stocky, usually not exceeding 36 inches in height. Its buds are thick and closely-packed, giving it a somewhat bonsai-like appearance. Broad, dark green leaves flank these dense buds, which nod to its indica parentage.

The buds themselves are also a dark green shade but appear lighter due to their generous coating of trichomes. These trichomes produce a considerable amount of resin, giving the buds a sticky, almost greasy texture.

The buds are also dotted with red and brown pistils, giving them an overall fluffy appearance.

If you want to try growing this strain, you should note that its growing difficulty is moderate. Those who are new to cultivating marijuana may struggle to raise it to its full potential. Therefore, it is best to practice with some easier-to-grow strains first.

Feminized Snow White seeds are available from Nirvana Seeds. Alternatively, you could try and get your hands on a clone from a healthy, mature female plant. Growing from a clone rather than seeds will improve genetic stability and reduce the time until your harvest.

Nirvana Seeds created Snow White as an indoor strain. Not only will growing indoors allow more control over its environment, but it will also reduce the risk of damage from mold or pests. That said, you could try growing Snow White outdoors if you live in a warm, Mediterranean climate. Outdoor plants have fantastic yields and are ready to harvest by October.

Snow White plants are compact, making them perfect for growing in small spaces. They perform well when cultivated hydroponically using the Sea of Green method. Indoor growers report average yields of 14-18 ounces per square meter. You can expect your plants to mature after 8–10 weeks.

One advantage of growing Snow White is that despite its exceptional resin content, it does not produce much aroma when growing. This feature makes it great for those who want to avoid advertising their grow. To compensate for this lack of fragrance, the strain’s creators recommend an extra week of curing to bring it out.

The average THC content of Snow White cannabis is 16–19%. However, various sources suggest that it could reach as high as 22% in some samples. This THC content puts Snow White at the upper end of the scale for hybrids.

Snow White could contain anywhere between 0.1% and 1% CBD. Although this sounds like a low figure, it is relatively high for a hybrid strain. This higher-than-average CBD content is part of the reason that it has become a popular medical strain.

The Snow White strain’s most common medical use is to relieve pain, including cramps and muscle spasms. Patients find that it induces a sense of physical relaxation while still allowing them to move. 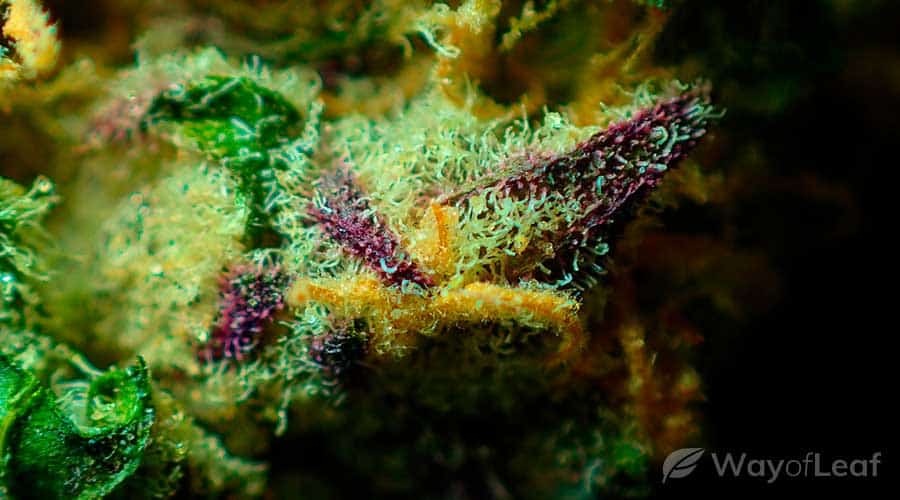 Another popular use is to provide relief from mood disorders such as anxiety, stress, and depression. A low dose of Snow White could improve mood for as much as two hours after use. Although it does not have heavy sedative effects, a dose of Snow White before bed could relieve insomnia.

Finally, this strain could help patients undergoing chemotherapy to deal with this treatment’s common side effects. It has potential antiemetic properties to relieve nausea and could also help to stimulate the appetite.

Possible Side Effects of the Snow White Strain

As with all cannabis strains, Snow White has the potential to cause some unwanted side effects. It comes as no surprise that the most common of these is a dry mouth, also known as cottonmouth. The strain can also cause dry eyes in some people. Fortunately, these side effects are temporary, and you can alleviate them by staying well-hydrated.

Many users also report that Snow White tends to cause ‘the munchies.’ This side effect could be positive or negative, depending on your situation. Either way, it is a good idea to have some healthy and tasty snacks on hand.

Other less common side effects include dizziness, headaches, and anxiety. These issues are most likely to affect novice users or those with a low THC tolerance. As with any strain, it is advisable to start low and slow, increasing your intake once you know how it affects you.

Snow White is a real gem of a strain. It has enjoyable effects and a flavor that will transport you to a fairy tale forest in no time. These fantastic features have led it to become hugely popular among medicinal and recreational users alike.

Some of its most popular medical uses include relief from pain and anxiety. However, it is essential to use responsibly to reduce the risk of side effects. Always consult your physician before using marijuana for any medical condition, and abide by your local laws.