Written by John Killerlane, B.A., HDip
5 min read
0 comments
Read Later
All information on this website is for general informational purposes only and is not intended or implied to be a substitute for professional medical advice, diagnosis or treatment.
Shishkaberry Strain Overview
The Shishkaberry strain is a heavily indica-dominant strain with powerful sedating and soporific effects. Don't be fooled by this strain's enticingly sweet and fruity fragrance; it is incredibly potent! 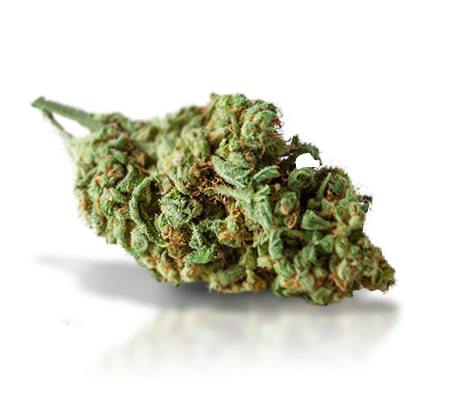 Cannabis lovers may know this strain by its other name, Kish. It came to prominence back in 2001 when it came second in the Best Indica category at the High Times Cannabis Cup.

With legendary indica genetics and a purported the ability to dull pain, it is not surprising that medicinal marijuana consumers have fallen in love with the Shishkaberry strain.

What Is the Shishkaberry Strain?

The Shishkaberry strain is a heavily indica-dominant hybrid with an 80:20 indica to sativa ratio. It is a cross between the legendary DJ Short Blueberry strain and an unknown Afghani strain.

With the Shishkaberry strain, cannabis consumers are getting the best of both worlds. While only amounting to 20% of Shishkaberry’s overall genetics, its sativa content is conspicuous in this strain’s early effects.

Initially, Shishkaberry’s effects are uplifting and euphoric. Users say that strain boosts their mood and puts a smile on their face. Shishkaberry’s early effects are characterized by a clear-headed high, which leads to a short-term increase in focus.

With the Shishkaberry strain, cannabis consumers are getting the best of both worlds.

As the evening draws to a close, staying awake will prove to be almost impossible. Your eyes will naturally start to close, and before you know it, you’ll have drifted into a deep, peaceful sleep.

The nature of Shishkaberry’s effects makes it a great after-dinner strain and perfect for relaxing and unwinding. As its latter effects tend to make people very sedated and sleepy, this strain is much better suited to evening rather than daytime use.

One of the most distinctive aspects of the Shishkaberry strain is its enticing sweet and fruity aroma. It has inherited its fragrance from its parent strain, DJ Short Blueberry. These sweet and fruity Blueberry notes are offset by a milder, earthier aroma, which complements rather than detracts from its overall fragrance.

The Shishkaberry strain’s wonderfully fragrant aroma is a reliable indicator of its flavor. You can taste its deliciously sweet and fruity blueberry flavors on the inhale, which linger long in the mouth. Shishkaberry’s milder earthy notes are more detectable on the exhale but pale compared to its stronger fruitier taste.

A Shishkaberry plant can grow as tall as six or seven feet in height when grown outdoors. When this plant is fully grown, it is heavily frosted in a thick layer of white, resinous trichomes.

A Shishkaberry plant has dense, spade-shaped buds and light green flowers. It also has beautiful, vibrant purplish hues, which stand out prominently against its overall frosted appearance.

The good news for prospective Shishkaberry strain growers is that cultivators rate its growth difficulty as easy. As it is a pretty straightforward plant to grow, which makes it suitable even for novice growers.

A Shishkaberry plant can be grown either indoors or outdoors. However, experienced growers recommend that you grow it hydroponically indoors, using the Sea of Green method. 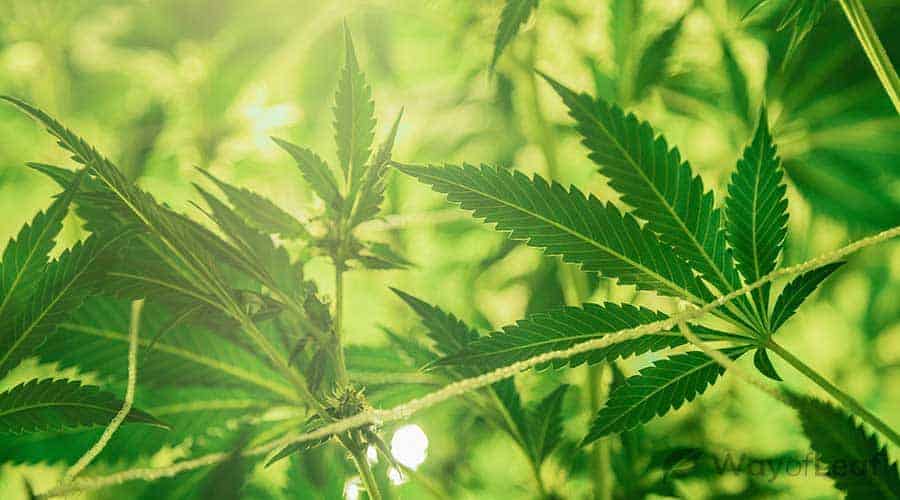 One notable aspect of growing Shishkaberry indoors is its short flowering time of 45-60 days. Shishkaberry’s indoor yield is typically between 12-16 ounces per square meter.

If growing your Shishkaberry plant outdoors, expect a yield of 20 ounces (or more) per plant, and it to be ready for harvesting around late September or early October.

Experienced Shishkaberry growers recommend curing the buds for even better results. Begin the curing process by either hanging the buds upside down or; you can place them on a drying rack for around seven to ten days.

When the buds are completely dry, put them in wide-mouth Mason jars. Seal the jars’ lids tightly and place them in a cool, dry place for storage, e.g., a closet.

For the first week, open the jars’ lids at least three times each day for about five to ten minutes, as it will allow any moisture in the jar to escape and will prevent mold from forming.

You will only need to open the lids a few more times during the second week of the curing process. After two or three weeks, the buds should be sufficiently cured. You can continue to cure the buds for longer if you wish, for even better results.

The highest recorded THC level in a Shishkaberry strain sample is believed to have been a whopping 26%. However, please note that Shishkaberry’s THC level can range between 15%-26%.

Medical Benefits of the Shishkaberry Strain

The Shishkaberry strain potentially has some benefits to offer to the medicinal cannabis consumer. Firstly, its uplifting and mood-enhancing effects may provide temporary relief to people suffering from mood disorders like depression.

Also, as the Shishkaberry strain leads to deep relaxation, it may be useful for people with chronic stress. However, one of the most common reasons medicinal consumers use this strain is to manage pain. Users say that Shishkaberry can help alleviate arthritic and muscular pain, lower back pain, and migraines.

As already mentioned, in its latter stages, the Shishkaberry strain has a strong soporific effect. For this reason, this strain is a popular choice among marijuana consumers with insomnia.

Possible Side Effects of the Shishkaberry Strain

The most common side effects of the Shishkaberry strain are cottonmouth and dry eyes. However, due to the potent and sedating effects of this strain, couchlock is very common.

While couchlock may not be a problem for some consumers, it can be slightly unsettling for inexperienced users.

While this may not be a problem for some consumers, it can be slightly unsettling for inexperienced users. Shishkaberry’s sedating effects, combined with its overall potency, make this strain unsuitable for novices.

Even experienced cannabis consumers will have to be careful not to overindulge with this strain. Shishkaberry’s less common side effects include dizziness, heightened paranoia, and headaches.

Final Thoughts on the Shishkaberry Strain

The Shishkaberry strain is suitable for both medicinal rather and recreational cannabis consumers. Users say its potent and sedating effects are beneficial for managing conditions like chronic pain and insomnia.

Given its potency and the nature of its effects, the Shishkaberry strain is only suitable for evening use by experienced cannabis consumers.