Written by Editorial Team
3 min read
5 comments
Read Later
All information on this website is for general informational purposes only and is not intended or implied to be a substitute for professional medical advice, diagnosis or treatment.
Sensi Star Strain Overview
Sensi Star is a true star of a strain, finishing in the top ranks of high-THC strains with an average of 26% THC. That being said, it’s great for all sorts of problems from fibromyalgia to mood disorders like depression. It even has a little CBD, so it can really help the physical pain aspects of certain conditions. Sensi Star tastes heavenly as well, with notes of pine, lavender, and lemon! 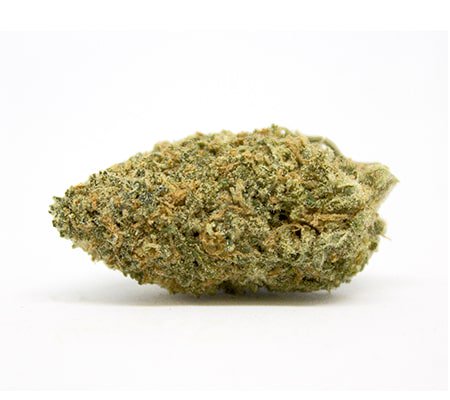 There are several hundred marijuana strains to choose from, even more if you have the time and patience! While every strain that has become a commercial success offers something to users, it is fair to say that there are top-shelf strains, and then there is the rest. It seems clear that Sensi Star falls into the ‘top shelf’ category, as it has been placed in the High Times Cannabis Cup awards on several occasions.

What is Sensi Star?

Marketed as one of the most potent indica strains in the world, Sensi Star is actually an indica-dominant (70%) hybrid. With a THC content that can hit 26%, it is unquestionably one of the strongest marijuana strains you’ll get your hands on. It was initially released in 1995 and ‘improved’ two years later by Paradise Seeds. Overall, Sensi Star has won 15 awards in its illustrious history, and remains a favorite of weed lovers almost a quarter of a century after its release.

Expertly grown Sensi Star has hard colas and its buds are so resinous that the crystals almost glow in the dark against a dark green and purple coloration. It smells like fresh pine coupled with an invigorating spicy note. You will notice the aroma almost immediately because this strain contains numerous terpenes, including:

Sensi Star tastes of sweet lemon, albeit with added pine! It is an easy strain to smoke and leaves a gorgeous, sweet aftertaste.

Sensi Star is a relatively easy strain to grow, even for novices. You can grow it indoors or outdoors, and it thrives in either soil or a hydroponics system. If you decide to grow Sensi Star inside, consider using the Screen of Green (SCROG) or Sea of Green (SOG) methods to boost the yield.

Sensi Star grows short, fat, and stout, with bushy branches that carry dense indica buds. As a result, you may need to trim the branches. Make sure you don’t expose this strain to excessive moisture, or else you risk bud rot and mold. Sensi Star likes a controlled, dry climate with daytime temperatures ranging from 70 to 80 degrees Fahrenheit.

If you grow indoors, the flowering time is 8-9 weeks, and you should get 12 ounces of bud per square meter. As long as you keep this plant away from frost, it should thrive outdoors. It normally harvests by the beginning of October and provides up to 14 ounces of bud per plant.

Sensi Star is a strain that makes you feel as good as the strain looks! As well as possessing an extremely high THC level, Sensi Star hits you like a freight train, and the high comes on just as rapidly. You will feel an almost immediate sense of relaxation throughout the entire body. Indeed, the cerebral high is so potent that we wouldn’t recommend Sensi Star to new users. If you are inexperienced, Sensi Star will probably impact you to the point where it will be hard to perform daily tasks.

After the potent head high comes the soothing and relaxing body high. The uplifting feeling is strong and is likely to boost your mood. Sensi Star is definitely a strain for the evening or night time. Once you consume large amounts, it acts as a sedative and should help you enjoy a restful night’s sleep.

If you are searching for top-grade medical marijuana, look no further than Sensi Star. It is one of the most popular medicinal varieties of weed because it can help patients live a better, more comfortable life. It is widely regarded as one of the best ‘stress busting’ marijuana strains. If you have chronic stress, try some Sensi Star in the evening and allow the weight of the world to climb off your shoulders.

Although it contains just 0.2% of CBD on average, Sensi Star is said to be a powerful analgesic. It is often used by patients in need of relief from chronic pain; individuals with fibromyalgia, for example, may find Sensi Star useful, as would those with back pain, muscle spasms, and joint pain. As it is such a powerful strain, Sensi Star is also highly sought-after by patients with anxiety and depression. If your mood is best described as ‘black,’ perhaps Sensi Star can help lift you from the doldrums?

As always, negative side effects associated with this strain depend entirely on the user. For example, you may find that you have a dry mouth, along with dry and itchy eyes. There is also a possibility of dehydration which causes headaches, so make sure you drink plenty of water when using this strain.

The other thing to consider is the potency of Sensi Star. Newcomers will probably find it too hot to handle, and even experienced users can suffer if they use too much. Side effects linked with Sensi Star’s potency include dizziness, mild headaches, possible paranoia, and heightened anxiety.

Final Thoughts on this Marijuana Strain

If Sensi Star is the first strain you’ve ever used, don’t be surprised if it knocks you to the canvas with the power of a prime Mike Tyson hook. It is one of the strongest indica-dominant hybrids on the market and is known for its glorious sticky resin and colors. It is often classified as an ‘old school’ strain, but as it continues to be discovered by cannabis lovers, there is no danger of this multi-award-winning marijuana strain being forgotten. With an awesome ability to help you relax and forget your worries, Sensi Star can replace your evening beer or glass of wine.

3
4 min read
Video
Join The Discussion
TOC
Premium
Your subscription has ended
If you love cannabis and want to support our site, join WayofLeaf Premium today and unlock
Best of all, part of your membership fee will go towards supporting the fight to legalize cannabis.
Sign Up for WoL Premium
Not now
I already have an account
×
Log in to Your Premium Account