Written by Editorial Team
5 min read
0 comments
Plushberry Strain Overview
Plushberry weed is a well-balanced hybrid. This Kush was one of the first marijuana strains to be created by TGA Subcool. Staying true to the name, the buds smell of blackberries and raspberries. It’s a potent strain with THC levels of up to 25%. 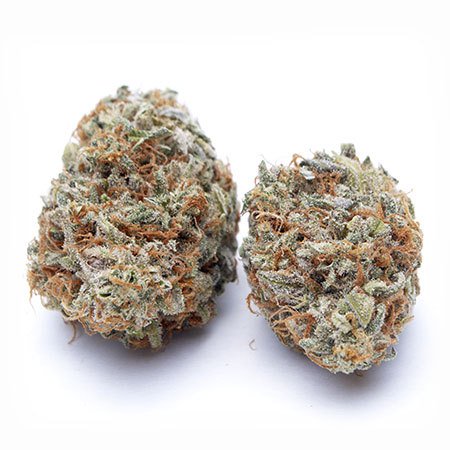 Flavors
Fruity
Herb
Spicy
Sweet
Common usage
Anxiety
Depression
Lack of appetite
Effects
Body high/numbing
Happy
Relaxation
Growing info
Plushberry go be grown both indoors and outdoors, as well as in a greenhouse, and has a flowering period that starts around the 8th or 9th week.
THC
18%
CBD
1%
Sativa
50%
Indica
50%

Plushberry is an evenly balanced hybrid designed to offer consumers the best of both worlds. It’s both a relaxing and arousing strain that is sure to spice up your evening. Due to its balanced indica/sativa levels and THC/CBD ratio, Plushberry is suitable for recreational and medical users.

Plushberry was bred by a company known as TGA Subcool Seeds as part of their first breeding experiment with Kush genetics. Black Cherry Soda and Space Queen cuts were crossed to produce an indica-leaning strain with up to 20% THC.

Some batches might lean more towards indica and others to sativa, but ultimately, Plushberry was created to be a balanced hybrid. For recreational use, it’s a nice and easy strain that gives users a cerebral high that doesn’t “freeze” them. Since it’s balanced in nature, you should expect the indica part to work its way to the body.

Due to its rosy hue, Plushberry was originally called Pink Lady – it gets its name from the distinct berry aroma. The availability of this strain has now expanded beyond its Pacific Northwest origins and into states that neighbor California.

What Is the Plushberry Strain?

The Plushberry strain is a cross between Space Queen and Black Cherry Soda. It was created and designed by TGA Subcool to be a balanced hybrid, bringing the best of both indica and sativa without crushing you.

The decision to use Black Cherry Soda as a parent strain was the key to giving this hybrid a delightful scent. But, more importantly, it also passed on its incredible sativa traits that are complemented well by its body high. 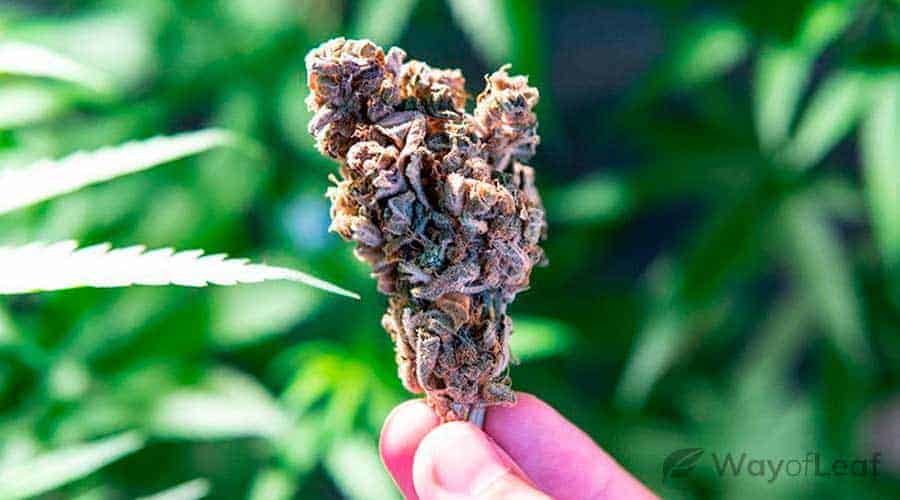 The other parent strain, Space Queen, has gained quite a following and is considered to be among the most elite hybrids. It takes users on a speedy and, very often, trippy high.

There are two phenotypes of the Plushberry strain – the main difference is in the intensity of potency and flavors. The first is shorter than the other, and while it has a low yield, it comes with a better flavor and more potency. The other phenotype is larger and bushier. However, it’s not as flavorful and has a lesser potency than the first phenotype.

Plushberry is an incredible mood-enhancer. It induces an uplifting sensation that leads to cerebral euphoria almost immediately. Users often feel their head-clearing and, in some cases, may even have a keener sense. However, eventually, the indica traits start to creep into the body.

Once it takes effect, the soothing buzz helps to calm the body and places users in deep relaxation. Although intense, it doesn’t seem to cause couch-lock. But it goes without saying that those who use more than they can handle may find themselves locked to the bed or couch.

One of the most notable features of the Plushberry strain is its fruity fragrance. It releases the invigorating smell of earth along with a sweet note of berry. To most users’ delight, much of the aroma carries over to the taste.

Black Cherry Soda passes on its berry scent – it may bring back childhood memories of eating candy or sweet treats. Because of its Kush genetics, you might also notice hints of pine, skunk, and citrus. The combination of these earthy and sweet smells make for a complex and pleasant aroma when vaped.

When it comes to flavor, Plushberry is either flavorful or not, depending on which phenotype you use. For the most part, this strain has a fruity and sweet taste with notes of citrus. It has a bit of a spicy aftertaste.

Most describe the taste as one of berries – blueberries, blackberries, raspberries. The smoke is full-bodied and goes down very easily. It tastes sweet enough to partake in all day.

Some Plush Berry phenotypes include a broad range of pink, golden-yellow, and violet hues among its forest green bud leaves. These vibrant colors are only seen in cannabis buds that have been grown in cool climates – they are a protective mechanism against frigid temperatures.

As mentioned, there are two main phenotypes of Plushberry. One grows smaller, pink-tinted plants, and the other has bulkier, more indica-like formations.

Plushberry can be grown both indoors and outdoors, as well as in a greenhouse, and it has a flowering period that starts around the 8th or 9th week. It seems as though the strain could be grown using hydroponics; however, it thrives better when soil is used as the growing medium. TGA Subcool, the original breeder, recommends topping the plant for it to branch out more and to make it bushier.

Indoors, the plant grows up to four feet tall. The height makes this plant more convenient than taller ones, which require a large indoor space. Plushberry needs significantly more care than other strains. The flowering period is between 55 to 65 days. By harvest time, you will get a yield of between 3 to 7 ounces per square meter. Consumers are often turned off by the low yield of this strain.

Plushberry is not the easiest strain to grow. By the time you harvest it towards the end of the 9th week, it gives a low yield of approximately 7 ounces per plant, sometimes more. Other than that, there’s not much information available on growing this plant out in the open.

Plushberry strains have an average THC level of 17%. However, some tests have found a THC potency of up to 25%.

Typically, Plushberry has a CBD content level of below 1%. However, according to tests, some strains may contain as much as 2% CBD.

Medical Benefits of the Plushberry Strain

Patients with mild to moderate health conditions will enjoy the mild sedation and body melt of Plushberry, accompanied by a low-level high that doesn’t interfere with day-to-day life.

You can expect a happier mood along with the sedative qualities of its indica side, which can help with mental health issues. It may be useful for conditions like anxiety, PTSD, ADD, and ADHD.

It could also benefit patients in the management of mild chronic aches and pains, and sometimes even controlling the blood pressure. In addition, it can help those who suffer from insomnia as it induces feelings of drowsiness.

That said, medical users with severe health conditions will want to find another strain, one that’s rich in CBD (between 3% to 10%).

Possible Side Effects of the Plushberry Strain

Primarily, consumers should expect to experience dry mouth when using Plushberry. Other than that, there aren’t believed to be any other adverse side effects associated with this strain, except if you overuse it. You should always smoke within your limits. First-time and novice users should smoke conservatively.

High doses may lead to headaches or dizziness. Due to the rushing head high that occurs at the onset, new users may be caught by surprise and experience a moment of panic.

Final Thoughts on the Plushberry Strain

Plushberry may often be labeled as an indica, but it promotes some seriously chill vibes. The high achieved from this strain is just right – not too light and not too heavy. However, those new to marijuana may find it just a little too sedative to be comfortable. A true stress-reliever, Plushberry is relatively fast-acting, and it gives an overall calm, upbeat experience.

For those with a keen taste for the herb, this strain produces an all-around chill vibe and a positive sense of well-being. This bud may be particularly useful to those who are prone to anxiety because it produces a calmness without causing uncomfortable mental fog. Best enjoyed in the afternoon, Plushberry is the perfect strain to take along to a happy hour. Generally, it will result in silly conversations when consumed in moderate doses.