Written by John Killerlane, B.A., HDip
4 min read
0 comments
Read Later
All information on this website is for general informational purposes only and is not intended or implied to be a substitute for professional medical advice, diagnosis or treatment.
Mendo Montage Strain Overview
Mendo Montage is a sweet and fruity candy-like strain that offers an intense euphoric and uplifting high followed by relaxation and sedation. Due to this strain’s potent indica effects, many users ultimately fall into a deep and peaceful sleep. 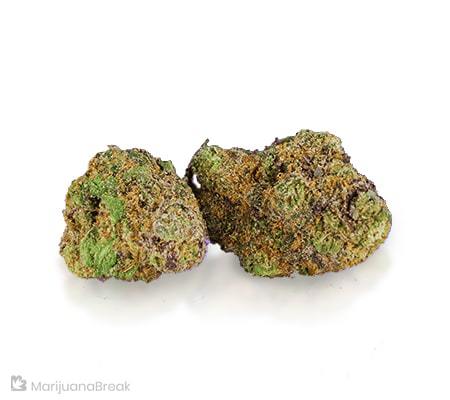 The Mendo Montage strain is the result of a collaboration between Gage Green Genetics and Jojorizo. The result is a perfectly balanced 50:50 hybrid cannabis strain that offers its consumers the best of both worlds.

Like other top-quality well-balanced hybrids, consumers will enjoy its mood-enhancing and relaxing effects.

What is the Mendo Montage Strain?

Mendo Montage is a cross between two indica-dominant hybrid strains, namely Mendo Purps and Crystal Locomotive F1. While this strain has a relatively modest THC range of between 14-16%, it does have quite potent effects.

The good news is that Mendo Montage’s initial high is euphoric and uplifting without being too overwhelming. As time goes by, and the initial high begins to fade, Mendo Montage’s indica genetics come more to the fore. These effects are extremely potent and are almost tranquilizing in nature. So much so that consumers of Mendo Montage commonly succumb to its couch-locking effects. 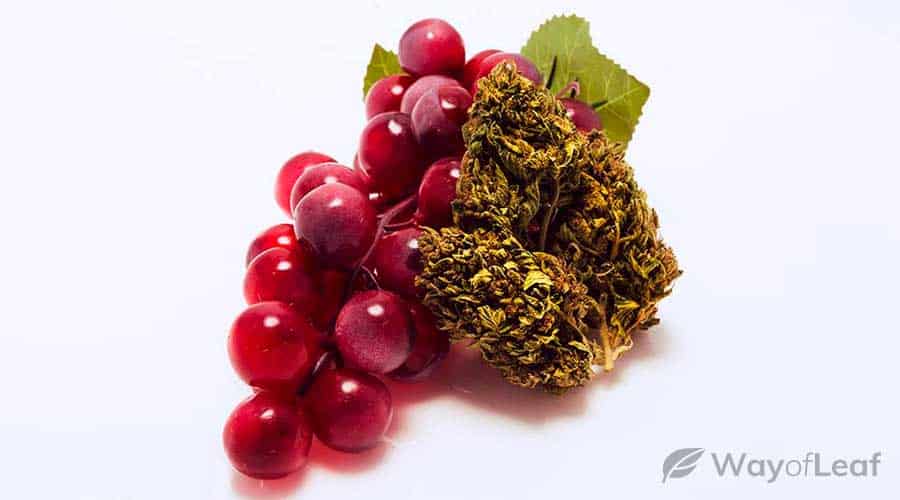 Mendo Montage is also said to have an appetite-boosting effect. It is a good idea to have some snacks nearby, as getting off the couch might become difficult.

As the evening progresses, a feeling of drowsiness sets in. Your eyelids will start to feel heavy, and you will find it difficult to stay awake. Due to the nature of these effects, Mendo Montage is better suited to evening rather than daytime use.

As a side note, some Mendo Montage users say that this strain causes them to think more creatively and abstractly. Therefore, the Mendo Montage strain may be a good choice for artists and creative types, searching for a little inspiration.

Mendo Montage consumers compare its aroma to the smell of freshly crushed grapes.

Mendo Montage’s aroma gives a good indication of how it tastes. Its predominant flavors are sweet and fruity, and like its aroma, are reminiscent of grapes. It also has a mild earthiness, with a slight hint of pine. Some say that this strain also has spicy and sour notes that complement its sweeter flavors nicely.

A Mendo Montage plant has a tight bud structure and is heavily frosted with a generous coating of sticky, resinous trichomes. The addition of vibrant, purplish hues gives Mendo Montage a strikingly beautiful appearance. In the F2 phenotype of this strain, the leaves turn almost entirely purple.

The flowering period for the Mendo Montage strain is between eight to nine weeks. The time of year that growers recommend for outdoor harvesting is mid to late October.

Mendo Montage’s exact indoor and outdoor yields are unknown. It is reasonable to assume that it produces relatively moderate returns. Its parent strain, Mendo Purps, may be useful as a guide in terms of its yield.

The highest THC level that tests have recorded in a sample of Mendo Montage is in the region of 16%.

The highest CBD content recorded in a Mendo Montage sample was 1%.

Mendo Montage has a positive and uplifting effect on one’s mood. Therefore, people suffering from mood disorders such as depression and anxiety may benefit from this strain.

Recreational and medicinal smokers commonly use this strain to help them relax and unwind. Not only does Mendo Montage reportedly boost mood and help reduce stress, but it can also instill deep relaxation.

Medicinal Mendo Montage strain consumers say that it helps to alleviate a variety of painful conditions. Some of these include arthritis, as well as muscular pain, lower back pain, and headaches.

Possible Side Effects of the Mendo Montage Strain

The most commonly reported side effects associated with the Mendo Montage strain are cottonmouth and dry eyes. However, due to Mendo Montage’s potent, almost tranquilizing effects, it often leaves consumers couch-locked.

For some, this may not be a problem, particularly if you are happy to have a relaxing evening vegging out on the couch. Others, however, may find this too restricting and maybe even unpleasant.

The Mendo Montage strain is an evenly balanced hybrid that offers its consumers the best of both worlds. Its sativa genetics dominate the initial stages of its effects. It has a positive and mood-boosting effect in the beginning before its indica genetics take over later.

While Mendo Montage does not have a very high THC level (14-16%), it does have pretty powerful tranquilizing effects.

The pattern and nature of Mendo Montage’s effects make it much better suited to evening rather than daytime use. Mendo Montage is becoming increasingly popular with medicinal smokers too. Some of the conditions that users say this strain can help alleviate include stress, depression, pain, and insomnia.