Written by Sam Eskenazi, B.A., PGCA
8 min read
1 comments
Major League Bud Strain Overview
Major League Bud also known as Willie Wonder, isn't for the faint hearted. Instead, this is a strain with a powerful punch of THC at over 20%. Its high is intense and lasts for hours. Many users enjoy its pain reducing properties and floral aroma. 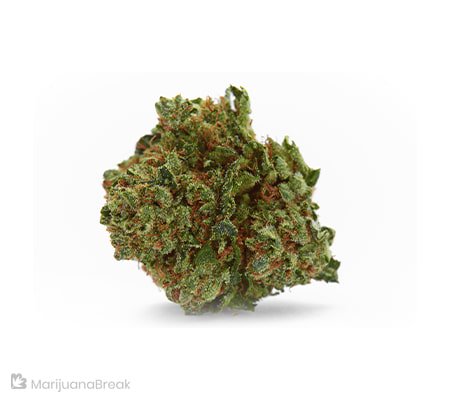 It is an almost certain thing that, whenever people start to get used to the idea of smoking marijuana frequently, they will eventually want to start smoking stronger and stronger strains.

After all, as soon as you get into any niche hobby, there is this desire to get into the major leagues of marijuana smoking – after all, you can only smoke the low-THC stuff for so long, right?

Well, there is one strain that is perfect for progressing up the ladder of marijuana experiences, and it is very conveniently named.

The Major League Bud strain, also known as Willy’s Wonder, is a really interesting strain with a whole range of pleasant effects and delightful flavors.

So let’s take a look at this oddly multi-named strain and discover just what it is that makes it so special.

What is the Major League Bud Strain?

The Major League Bud strain of weed, which is also confusingly known as Willy’s Wonder, is an indica-dominant hybrid with extremely strong Afghan genetics; it is often considered as one of the most potent and legendary strains in the world.

The exact origins of this critical strain are pretty unclear, though it is likely that it first reared its multi-colored head in the late 1970s. This strain has a reputation for being incredibly easy to grow indoors, which is why it was propelled to such popularity, as many would-be marijuana users were forced to smoke only what they could grow in their own homes.

The exact reason for its strange naming duality isn’t very clear and is, in fact, one of the reasons why it can be considered to be quite difficult to find these days. After all, how are you meant to ask for a strain that you don’t know the proper name for?

Alongside its ease of growing, Major League Bud rose to such prominence because of its potent, indica-leaning effects that were many marijuana smokers’ first experiences with indica strains.

On first smoking it, you can expect a sudden grip of intensity that seems to come out of nowhere, inducing this sort of euphoric, almost mind-numbing sensation that is difficult to escape.

You can expect to feel mildly unaware until you suddenly realize just how blissfully happy and nonplussed you are about everything.

This strain is pretty typical of strong indicas in that it gives you that big, sudden rush of happiness and relaxation that causes you to become suddenly locked in place, feeling at once both calm and totally relaxed, while still utterly incapable of getting off the sofa.

By far the most common reaction to Major League Bud, (especially for those inexperienced with higher THC concentrations and who might have accidentally taken too much for their first time) is intense sleepiness. Expect to have your head hit your pillow without you even realizing it, leaving you with fuzzy memories of contentment and pleasure from the night before.

However, focusing just on the strain’s effects would be a disservice to such a pungent, flavorful strain, so let’s take a look at how the Major League Bud strain actually smells and tastes.

Like many potent strains with a higher than usual THC concentration, the primary aroma on first getting near the buds is one of intense citrus. You can expect it to smell like a freshly opened grapefruit, or perhaps even like a crushed lime, but the precise flavor combinations are pretty indistinct, making it difficult to pinpoint precisely which citrus fruit takes prominence.

You will also detect an herbaceous, flowery smell that will remind you of a garden in springtime – again; there won’t be any specific flower or plant that you will be able to detect, instead smelling like a giant bushel of different flowers and wild herbs.

This smell only gets stronger as you crack open the bud, but its general profile remains the same.

So, how about its actual flavor on the tongue? How does the Major League Bud marijuana strain taste?

The inherent flavor of this strain is quite similar to its initial aroma, offering up big bursts of citrus flavor followed by an undercurrent of flowers and fresh garden grass.

The flavor differs from its aroma in that the immediacy of herbs is much more upfront, as well as being a bit more specific. You will likely detect notes of thyme, as well as sassafras and even a little bit of more savory herbs like parsley.

The entire experience of tasting this strain is incredibly unique, offering up a huge amount of flavor in just a short puff. Expect for this strain’s flavor to knock you over almost as much as the initial punch of its effects.

What about its appearance?

The initial appearance of the Major League Bud is one of intensely colorful, deeply iridescent petals, all covered with a pleasant coating of trichomes that gives it its characteristic flavor and signature smell.

Other than that, however, the Major League Bud strain has a pretty standard appearance when compared to other marijuana strains. It does have a very beautiful smattering of red and yellow hues to its leaves that almost makes it look like it is permanently lit by the setting sun, but other than that, it seems like any other strain of marijuana.

Major League Bud is an odd strain in that it was grown specifically to be only grown inside, seemingly so as to aid those trying to grow weed surreptitiously in their sheds or cupboards.

So, if you want to be able to grow your own Major League Bud, make sure you give it plenty of room indoors, as well as a decently powerful heat lamp to help motivate its lateral growth.

Finding your own Major League Bud seeds can be pretty tricky, as it is commonly spread around by direct clones these days – however, if you keep asking at your local dispensary, you might be lucky enough to find some.

This strain takes around ten weeks to complete flowering and has an absolutely magnificent yield, especially considering it is grown indoors. Keep the plant in the right conditions and keep it well fed and you will likely be able to pull over a kilo and a half per square meter of plant.

Once you have finally harvested your crop and got it drying, what kind of cannabinoid content can you expect from the final product?

Major League Bud cannabis is, as might be expected from its effects, a pretty strong strain that is packed with lots of THC.

Most samples of this strain will contain about 21% THC content, which is plenty enough to give you a monumental high that lasts for hours. This THC concentration is also helped by a substantial terpene load that helps increase the THC’s effectiveness and rate of assimilation in your body, ensuring that you get a pleasantly long high no matter what you do.

No matter how annoying it is to those that are looking for a high CBD content in their bud, the fact remains that, in almost every single case, when you have a strain of marijuana that has a high THC concentration, you are also going to have almost no CBD whatsoever.

Major League Bud is no different, with samples of the strain not showing any more than 1% CBD content, but with most samples showing considerably less than that on average.

However, just because it doesn’t have much CBD doesn’t mean that there isn’t also a myriad of useful medicinal effects that Major League Bud can provide.

By far the most common medicinal use of Major League Bud is its ability to help combat issues arising from pain, especially chronic and neurological pain. Thanks to the completely mesmerizing, almost knock-out intensity of its high, most people’s pain will completely melt away a short while after first smoking some Major League Bud.

This same effect is also what helps combat stress and depression, as the feeling of serenity and relaxation is wonderful for helping push back those dark feelings and thoughts, instead of allowing you to revel in the pleasure of the moment.

Many people use this strain simply as a stress reliever, as even only a little bit is great for helping make arduous days much more pleasant.

Additionally, Major League Bud has a noticeable soporific effect that tends to knock you out after a while, so it is an excellent solution for those that are finding it almost impossible to reliably fall asleep.

Unfortunately, as is always the case, when you get a suitably powerful strain, you are also going to have to deal with a few unpleasant side effects.

Possible Side Effects of the Major League Bud Strain

Unsurprisingly, the first side effects you are going to experience after smoking a decent amount of Major League Bud are always going to be unpleasant, but not life-altering. That’s right, it’s the typical dry mouth and dry eyes.

Make sure you stay well hydrated to help combat this, as well as not freaking out when it happens, as it can sometimes take people by surprise.

After that unfortunate dryness, you will likely also feel a burst of dizziness, though this will only really happen to those that stand up shortly after first smoking their Major League Bud.

If you want to avoid this, make sure you stay sat down for a while after smoking this, as its quick intensity can sometimes cause that unfortunate head rush that leaves you feeling dizzy and disorientated.

Other than that, the only real side effects that Major League Bud can cause are frequently linked to its overuse, so if you are prone to painful headaches or feelings of paranoia, make sure you don’t smoke too much at once.

The Major League Bud strain is an excellent example of a strain that seems designed to spark confusion – it has, for some unknown reason, two different names, while still being a part of other important strains’ family genetics.

It is designed only to grow indoors, lacking that pronounced hardiness that makes it easy to grow outside that other Indicas possess.

However, despite its inherently disorientating qualities, it is a fundamentally fantastic strain. It has an immediately noticeable aroma and flavor, as well as an incredibly iconic, typically Indica high that leaves you chilled out, relaxed and, best of all, perfectly content with everything around you.

Major League Bud might not be the name it is best known as, but it is perhaps the most fitting name, as this strain is absolutely in the major leagues of all indica strains.

If you want a powerful, relaxing and a little bit of a disorientating experience, then make sure to ask around and see if you can find some of this potent, iconic strain.

All you need to know about this wonderful strain