Written by Editorial Team
4 min read
3 comments
Read Later
All information on this website is for general informational purposes only and is not intended or implied to be a substitute for professional medical advice, diagnosis or treatment.
LSD Strain Overview
The LSD strain of cannabis is no laughing matter and offers its users a very sedating and cerebral high. It can put you in a deep state of relaxation and help with pains of all sorts, making it a top choice amongst medical cannabis users. The flavor is also quite spectacular - tasting of berries, bubble gum, and a pine forest. 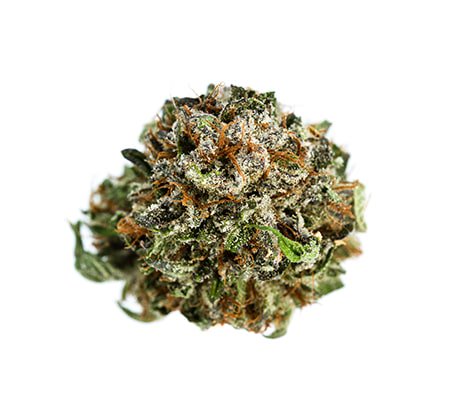 Flavors
Bubblegum
Piney
Strawberry
Common usage
Anxiety
Migraines
Muscle spasms
Effects
Relaxation
Sleep/Sedation
Spacy/cerebral
Growing info
DUE TO ITS RESISTANCE TO MOST PESTS AND MOLDS, IT CAN BE GROWN SUCCESSFULLY BOTH INDOORS AND OUTDOORS. IF YOU ARE GROWING INDOORS, EXPECT A FLOWERING PERIOD OF ABOUT 9-10 WEEKS. IF YOU ARE GROWING OUTDOORS, EXPECT TO START SEEING BUDS AROUND MID-SEPTEMBER.
THC
20%
CBD
2%
Sativa
45%
Indica
55%

Lysergic acid diethylamide, better known as LSD, is a hallucinogenic drug created by Albert Hofmann in 1938. It took him five years to realize that it had immense hallucinogenic potential, and in 1950, the CIA tested it on people without their knowledge in the infamous MKUltra program.

You would expect the marijuana strain of the same name to be an extremely potent form of weed that takes you to the moon and back, and it doesn’t disappoint!

What Is the LSD Strain?

LSD weed is a fairly balanced hybrid with a lot of THC, although there is enough CBD to help ensure your high doesn’t get out of control, as long as you use sensible amounts. It is a cross of Mazar I Sharif (an extremely rare hybrid from Afghanistan) and Skunk #1.

Barney’s Farm, a globally known breeder based in Amsterdam, created this strain. The result is cannabis that offers an intense high similar to that provided by Girl Scout Cookies but with a more relaxing effect. LSD won third place in the 2008 High Times Cup, and it is not a good option for novice users due to the fast, hard-hitting effects. 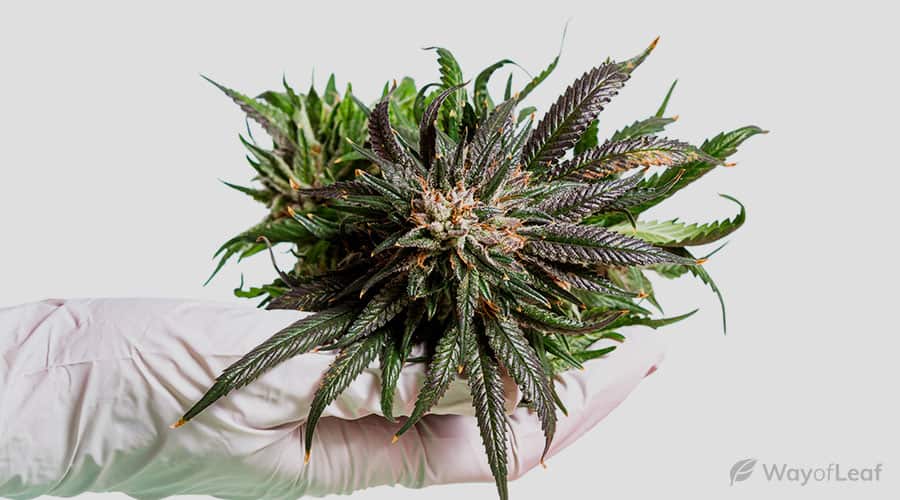 LSD is an exceedingly potent strain, so don’t charge in and consume several grams in a rush to get high, or else you’ll get more than you bargained for. It begins with an invigorating cerebral high that enables you to unwind. It then switches to a heavy indica high, reducing mobility and even inducing couch lock.

The head high can make you feel spaced out, and it is often too debilitating for novices. You will zone in on whatever is in front of you, which means hiding your high from the boss will be tricky! We would not recommend smoking it until an hour or two before bedtime. Ultimately, you benefit from a stony, classic indica high, so don’t take it if you have plans that involve going out or interacting with people!

You can easily smell the potent pine scent and skunky notes that dominate your senses. Yet if you can get past the potency, you may be treated to a delightful sweetness.

LSD tastes similar to how it smells. You get a heavy pine taste with a dank skunkiness, but some berry notes linger on the tongue with a slight bubble gum taste at the back end.

LSD has the classic indica appearance insofar as it has round and cone-shaped buds. The dense bud structure means you need to be wary of excess humidity, and the color ranges from dark to wintergreen. LSD also has rather small trichomes, and it isn’t all that easy to see the pistils change color.

LSD is a fairly easy strain to grow because you can leave it alone, and it will provide you with excellent yields. To maximize this strain’s potential, top the plant to help growth spread all over. As it is a plant that grows short and thick, it is worth pruning the lower branches to ensure the buds on the upper part of the plant thrive. 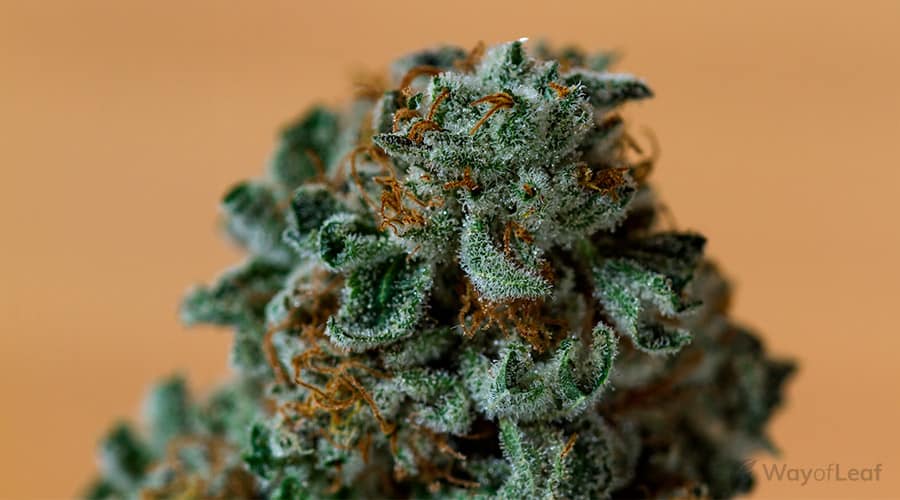 Once you have LSD seeds in your hand, you can decide to grow them indoors or outdoors because of the strain’s high resistance to pests and disease. It yields up to 21 ounces per square meter planted indoors, and its flowering time is 9-10 weeks. Outdoors, it provides around 18 ounces per plant and is ready for harvest by the middle of September.

Regardless of the location, keep the temperature between 65- and 80-degrees Fahrenheit during the day. When growing indoors, this relates to the time when the lights are on. If you grow LSD outdoors, be wary of rainfall because the buds are dense and susceptible to bud rot. Keep the humidity on the lower end of the recommended ranges.

As for feeding, LSD should be fed a moderate amount of nutrients. If you use soil as the growing medium, add organic fertilizers such as bat guano and worm castings during the flowering stage.

It is normal for LSD to have a THC content of over 20%. A few tests have revealed that samples of LSD contain 24% THC.

Ideally, the method of potency testing used on your LSD weed will also include THC-A and CBD-A, the acid forms of the well-known cannabinoids. The acid forms are produced by the plant naturally and are more shelf-stable. However, they don’t have the effects people want because they need to be activated by heat.

LSD also contains a relatively high level of CBD. It has 2% on average, but some tests have shown a CBD level of up to 5%. At a THC to CBD ratio of over 4:1, it won’t be enough to counteract the high completely, but it may take the edge off. Despite this, LSD is still too potent for newbies.

Medical Benefits of the LSD Strain

A combination of high THC and CBD levels means LSD is used regularly as medicinal marijuana. Its strong relaxing properties make it a good option if you have stress, anxiety, or depression. The high enables you to stay in the moment and prevents your mind from wandering into regions that cause nervousness.

LSD can also help with chronic pain because you’ll be far too spaced out to feel anything! Consider using it for joint pains, muscle spasms, and migraines. If you have insomnia, take a few hits an hour before bed to potentially improve the quality and quantity of your sleep.

Possible Side Effects of the LSD Strain

LSD is a very powerful strain, so please use it in moderation! Paranoia, dizziness, and anxiety could accompany your high if you overindulge. It is also a strain known for causing a dry mouth and dry eyes.

Final Thoughts on the LSD Strain

Although LSD marijuana is not quite as hallucinogenic as its namesake, it is a potent strain that must be respected. LSD’s high is likely to overwhelm you quickly if you are a novice weed user. For everyone else, this excellent hybrid is ideal for evening-time use because it relaxes the mind and body and helps you sleep.

It isn’t particularly difficult to grow. Just pay attention to the thickness of the plants, and make sure you prune your crop as and when necessary. Otherwise, bud rot could take hold and damage your LSD plants.

Everything you need to grow th…

Don't be fooled by the name, this strain is serious!