Written by Editorial Team
4 min read
0 comments
Read Later
Lemon Alien Dawg Strain Overview
Lemon Alien Dawg strain is an adventure in flavor with aromatic citrus, sweet, sour, and fruity notes. It also boasts a moderate THC level of 18%, perfect for those seeking a soothing high but without the harshness. 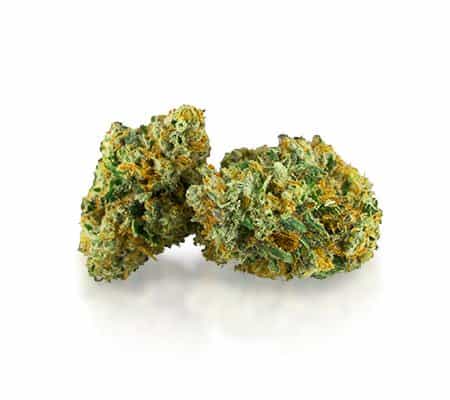 With a name like Lemon Alien Dawg, you’d think this strain was extraterrestrial. Actually, it perfectly describes this earthy, citrus-scented, indica-dominant hybrid. Here’s all you need to know about the Lemon Alien Dawg strain.

What Is the Lemon Alien Dawg Strain?

Lemon Alien Dawg weed is the offspring of Lemon Kush and Alien Dawg. Its parentage gives it an edge – it has a pretty potent level of THC. It’s a great strain for having a relaxing evening at home or trying to de-stress after a long, hard day.

If enjoying the benefits of THC is old hat, then you’re in for a treat.

However, this powerful strain isn’t for the faint of heart. It has impressive sedative effects. Newbies should be careful to go low and very slow with this strain. It can be pretty heady for someone new to THC.

If enjoying the benefits of THC is old hat, then you’re in for a treat. Lemon Alien Dawg strain weed is dynamic, packs a punch, and has a smooth, very cool letdown. If you’re hoping to unwind, taking a hit of this powerful strain may be something out of this world.

The Lemon Alien Dawg marijuana strain boasts a sweet, citrusy aroma that’s laced with a bit of pine. It also contains a tangy bite of something pungent and dank. Some users compare its powerful scent to that of Sour Diesel. Others cite its undertone of candied, floral notes. It is also a popular choice for making edibles.

Lemon Alien Dawg weed is a vibrant strain with a pleasant though potent flavor. It possesses hints of strong citrus, including oranges and lemons. You could also get a tinge of something tropical on the inhale. Some users also taste a bit of sweet berry, along with a slight hint of a floral undertone.

Our full guide to this sour sa…

You may experience the sweet taste of honey, vanilla, and the earthy taste of pine on the exhale. Users may also expect a rush of tart, though not unpleasant, flavor, along with a blend of dank, earthy herb goodness.

The Lemon Alien Dawg strain has copious, huge buds. Its parentage may have a hand in how it produces large, green, densely packed nugs. This strain also contains a coating of numerous sugary trichomes and is covered in orange hairs.

Lemon Alien Dawg strain seeds are not that common. You can find them online if you look hard enough, but they are not available in feminized form. To breed this strain, growers may have to cross it with another feminized strain. It grows well indoors or outdoors. 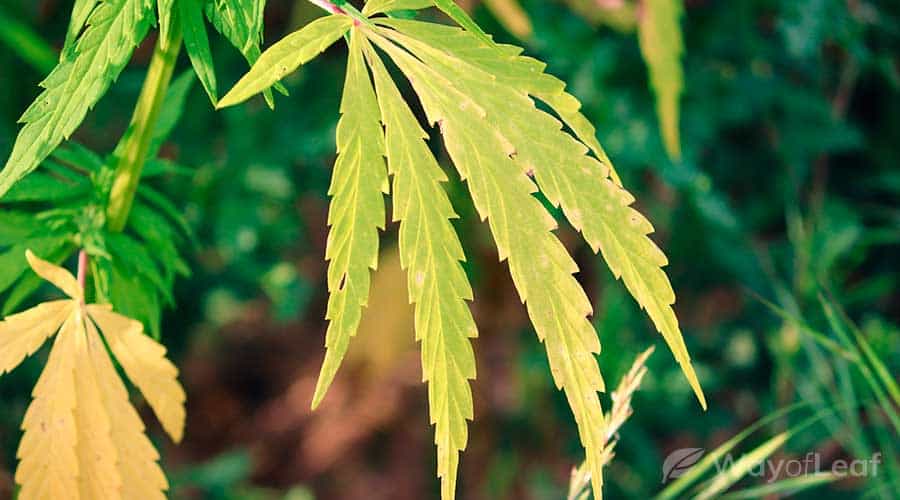 Lemon Alien Dawg thrives in a warm, dry climate and is noted as fairly easy to grow. It is also very hardy. Cultivators can expose the plant to cooler temperatures to reveal deeper and more vibrant colors. For the best results, there should also be good air circulation.

Lemon Alien Dawg cannabis’ THC level is between 15% and 18%.

Lemon Alien Dawg is a strain that possesses potent sedative qualities. It is an option for anyone looking to relax or curb feelings of anxiety. It is also potentially useful for muscular aches and pains and is known to provide a feeling of “couch-lock.”

How marijuana could help relie…

Users have indicated that it can mitigate conditions including depression, insomnia, appetite loss, and PTSD. It may also be an alternative for those looking to address chronic stress issues. Lemon Alien Dawg could help in the reduction of migraine pain as well as gastrointestinal problems, social anxiety disorders, and nausea.

This powerful strain may serve as a cerebral stimulant. Some users say that it can induce intense creativity and help with disorders such as ADHD. Fans of Lemon Alien Dawg also state that it can increase feelings of contentment and euphoria.

Possible Side Effects of the Lemon Alien Dawg Strain

Although many users enjoy the Lemon Alien Dawg strain, there are potentially a few adverse effects. This strain may prove too strong for those new to cannabis consumption or sensitive to high THC content. It has an intense, heady hit, followed by an extremely strong letdown of drowsiness and relaxation.

Muscle limpness may be alarming for those who are seeking a strain with a more upbeat profile. This strain may induce further feelings of ennui that could include a disinclination for high-energy tasks.

This strain may prove too strong for those new to cannabis consumption or sensitive to high THC content.

It is recommended that those new to this strain consume it before napping or bedtime. It would help if you also stuck with a relatively small amount. Other side effects include paranoia, dizziness, dry mouth and eyes, and in some cases, a headache.

For some users, it may precipitate a condition called “greening out.” This is an extensive episode of vomiting, nausea, increased heart rate, and dizziness.

Lemon Alien Dawg cannabis is a slightly indica-dominant strain. Its parentage makes it a great addition to the panoply of strains that promote relaxation. Newbies should be careful as it is an extremely potent sedative. However, it is a solid option if de-stressing is your aim.

This strain is not difficult to grow. It is amenable to a variety of growing techniques, including topping and pruning. Its ease of growth, however, is dependent upon the temperature. Lemon Alien Dawg thrives in a warm, dry climate.

Overall, Lemon Alien Dawg weed is a great option for anyone looking for potency, flavor, intense aroma, and relaxation.

Everything you need to know about this hybrid strain

8
7 min read
Join the discussion
TOC
Premium
Your subscription has ended
If you love cannabis and want to support our site, join WayofLeaf Premium today and unlock
Best of all, part of your membership fee will go towards supporting the fight to legalize cannabis.
Sign Up for WoL Premium
Not now
I already have an account
×
Log in to Your Premium Account