Written by Editorial Team
4 min read
0 comments
Read Later
All information on this website is for general informational purposes only and is not intended or implied to be a substitute for professional medical advice, diagnosis or treatment.
LA Chocolat Strain Overview
This is a strain for chocoholics to enjoy. LA Chocolat combines two top-shelf strains in what is another DNA Genetics masterpiece. It is incredibly potent but can be used during the day in moderate amounts. 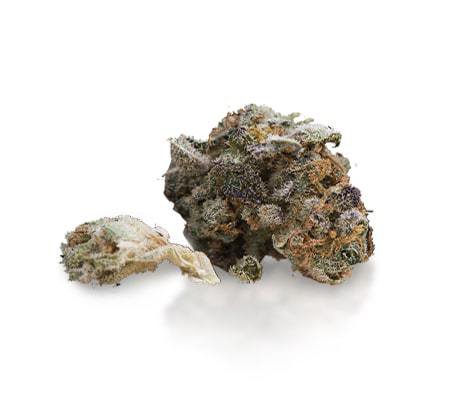 Occasionally, a strain arrives and is massively hyped due to its genetics. Sometimes, the combination doesn’t work out, leaving users disappointed. This certainly isn’t the case with LA Chocolat. It combines two award-winning strains and is outstanding in its own right.

What Is the LA Chocolat Strain?

DNA Genetics created this strain, which is a cross of Chocolope and LA Confidential. Both are exceptional strains known for their potency. However, LA Chocolat is even more powerful! It is a slightly indica leaning type of cannabis.

Yet initially, it provides an intense cerebral high. The rush of euphoria manifests itself relatively rapidly. With each additional toke, the sensation gets more powerful. Eventually, most users feel a massive improvement in their mood. 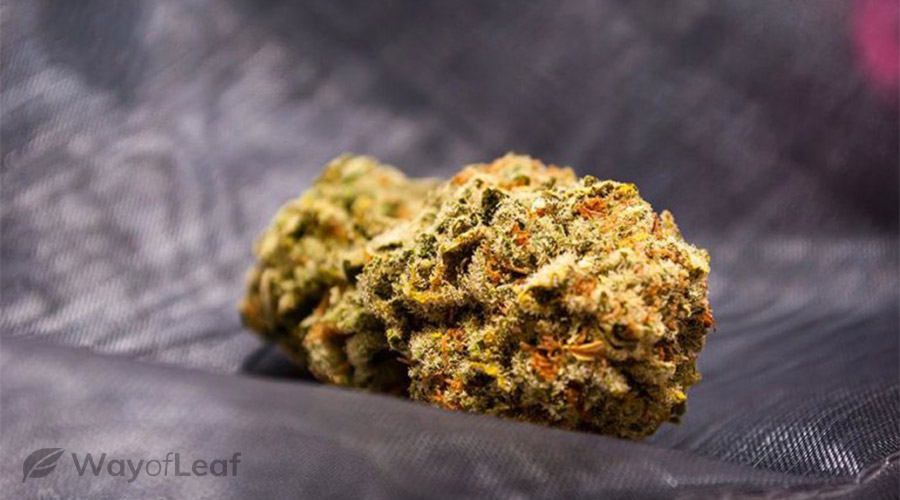 Although it is potent, LA Chocolat could help your mind feel clear. For some users, this enables them to focus on certain tasks. The mental buzz eventually makes its way down the body. It is here where the indica side of the strain comes out. Users can expect to feel a slight degree of body sedation.

It isn’t usually enough to cause couch-lock. For most people, it is possible to continue with their day as usual. As a result, you can use LA Chocolat in the afternoon or evening. However, please note that the consumption of a large amount may result in full-body sedation.

As you might expect with Chocolope as a parent, La Chocolat offers a delightful chocolate aroma. The hints of roast chestnuts and mocha make it an olfactory treat. Once you crush the buds, you may get a citrus and earthy scent too.

Once you burn LA Chocolat, the sweet cocoa taste is apparent when you inhale. It is a smooth smoke, and you will probably get a touch of lemon on the exhale.

It has medium-sized buds in general, though some growers produce large buds. Structurally, the buds have a broad base that tapers down, giving the buds a pointed tip. LA Chocolat’s flowers have a typical indica look with dense leaves packed tightly together.

The leaves have an olive-green hue, and you should also see bright orange pistils. The aesthetically pleasing appearance is completed by glistening white trichomes. It isn’t easy to break up the flowers, and you will probably require a grinder.

DNA Genetics sells LA Chocolat seeds online, and you will likely find it sold by third parties as well. Make sure you avail of feminized seeds!

If you grow this strain outdoors, prepare for a large yield. Indeed, cultivators find that this strain produces almost twice as much when grown outside.

It is usually ready for harvest outdoors in mid-October and produces up to 35 ounces per plant. Apart from having the space to grow outdoors, it would help if you also lived in a warm, Mediterranean-type climate.

However, the vast majority of people don’t have the option of growing outdoors. LA Chocolat requires trimming due to the dense structure of the plant. You also need to top it occasionally to manage its height if you have limited growing space. However, it usually grows short and bushy.

When grown indoors, LA Chocolat has a flowering time of approximately eight weeks. It can produce up to 18 ounces of bud per square meter.

LA Chocolat is an extremely potent strain. Its average THC is around 22-26%, though some tests show up to 29%. This is without question a marijuana strain that only experienced users should try.

This strain has negligible CBD, probably around 0.1% or less.

Proponents of the LA Chocolat strain point towards its high THC to help with various medical issues.

It is arguably most commonly used by individuals with depression. It could significantly improve your mood and fill your mind with positive thoughts. Rather than wallowing in misery and allowing self-deprecating thoughts to take over, you can feel relaxed and at peace.

It is also deemed useful for people with PTSD, anxiety, and stress. If you use a sensible amount, you might find that it is possible to function even while high.

The extremely high THC content also suggests that it has use as an analgesic. There is also a suggestion that LA Chocolat has antiemetic properties, which could help against nausea and vomiting.

Possible Side Effects of the LA Chocolat Strain

This is potent cannabis, which means novices should steer clear. Therefore, if you use too much of it, you could experience ‘green out.’ This is a term used to describe a condition that involves dizziness, nausea, and paranoia.

Related article
Things to Do if You Get Too High

A person’s tolerance to THC plays a huge factor in determining if they experience this issue. Using too much could also lead to drowsiness. Other adverse effects worth watching out for include cottonmouth, dry eyes, and dehydration. Make sure you drink plenty of water before, during, and after trying LA Chocolat.

This is yet another world-class strain created by DNA Genetics. It results from two great strains and is among the strongest cannabis bud you will find in a dispensary. As long as you are sensible, you can use LA Chocolat during the day.

Most people seem to use it to improve their mood or help alleviate pain. It tastes so good that connoisseurs may opt to save it as a dessert! Finding LA Chocolat seeds is easy, and you don’t need a huge degree of experience to grow it.

How to grow this chocolatey st…