Written by Editorial Team
5 min read
0 comments
Read Later
All information on this website is for general informational purposes only and is not intended or implied to be a substitute for professional medical advice, diagnosis or treatment.
Kobain Kush Strain Overview
The Kobain Kush strain is a thrilling hit of heady, cerebral energy, and light yet effervescent body high. Sweet coffee permeates this strain with just a touch of dank diesel for a contrast users enjoy. 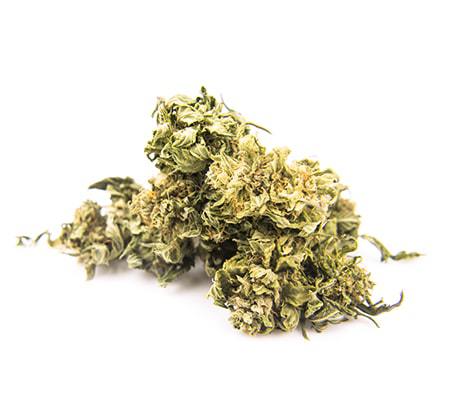 The Kobain Kush strain is indica-dominant with some sativa characteristics. It primarily represents its indica side in its cerebral high with a refreshing, yet relaxing let-down. Kobain Kush is the result of the merging of two famous strains: Pre-98 Bubba Kush and White Lotus.

Both of these strains have some unique characteristics. Pre-98 Bubba Kush harkens back to a simpler, more reflective time. Its name evokes images of celebrated music, movies, and fun. Its high is quite similar, with a refreshing and robust head buzz, followed by an intense body high. Pre-98 Bubba Kush gives its offspring traits that induce happiness and soothing calmness. However, Kobain takes a step in another direction.

Its other parent, White Lotus, is a rare, but also indica-dominant strain. White Lotus features some flavor notes that are redolent of pepper and spicy chilies. This piquant quality has been bred over to Kobain Kush, ensuring a deep, rich, and complex flavor profile. White Lotus gifts some other attributes as well. Kobain’s compact nugg appearance with yellowish-orange pistils is a trait inherited from White Lotus. Similar to Kobain Kush, sticky, white, and sugary resin covers the surface.

Kobain Kush diverges from its parents with its body high. Kobain Kush’s body high is one that induces feelings of calm and soothing, more so than couch-lock. While its effects aren’t sedative, users enjoy it to quell anxiety and reduce pain. Kobain Kush is moderately potent with a 24% THC level and very little CBD at 2%.

What Is the Kobain Kush Strain?

Kobain Kush weed is indica-leaning with some sativa qualities. It is the culmination of Pre-98 Bubba Kush and White Lotus. Both of these strains have some strong tendencies, including a revitalizing high with sedative effects.

However, Kobain Kush is perfect to have mid-morning or for an afternoon toke. Although some would describe this strain as mellow with a cerebral hit, newbies should always exercise caution by toking in small increments before increasing. Kobain Kush is the brainchild of Red Eyed Genetics. 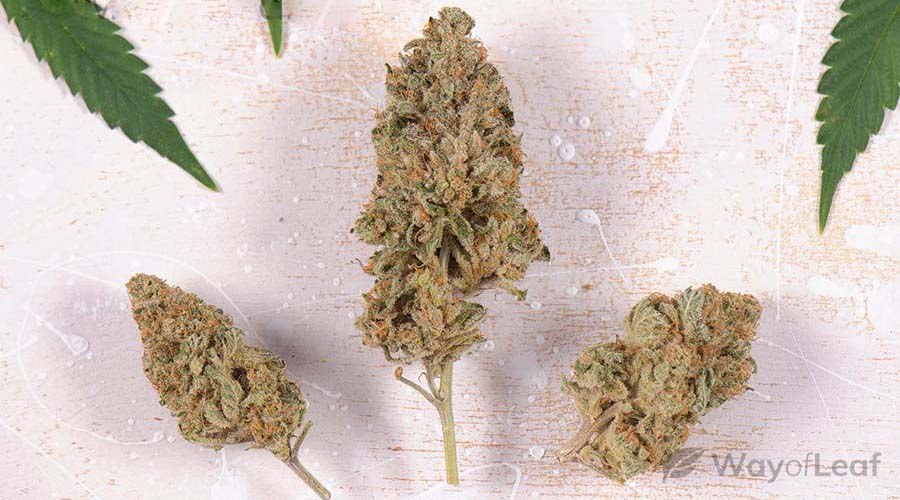 Their aim with this strain included breeding out the long flowering times of Pre-98 Bubba Kush, which stood at up to 10 weeks. White Lotus is a little less, with about nine weeks. However, Kobain Kush can flower as early as seven weeks, a triumph for cultivators looking for a shorter time and a robust harvest.

Kobain Kush has some great purported uses. Many individuals use Kobain Kush to ease aches and pains or to reduce anxiety and become calm. While this strain does produce a body high, it can still facilitate social gatherings. Its hunger-inducing properties make it an excellent choice for intimate dinner parties or small get-togethers.

The Kobain Kush strain has an aroma that is full-bodied and filled with several different notes. Users can typically detect a strong coffee scent. While a coffee smell is at the top of the aroma profile, others follow. Bits of fresh pine and earth along with a crisp dank scent are present.

Other smells include a shot of powerful diesel laced with a dollop of pepper. This strain also has a bit of earthiness and herb with a hint of menthol.

The Kobain Kush’s flavor profile is an interesting one. While some strains are more on the sweet side or tiptoe into the savory category, Kobain Kush straddles this line effortlessly. Many users note its sweet coffee taste on the inhale. Right off the top, this taste bursts onto the tongue. What quickly follows is a complex brew of pine, woody heartiness, herb, and dank.

There are some surprising hints in this strain, however. Kobain Kush keeps the user on their toes with smatterings of citrus. Some of these citrus hints include lime. This sour feature perfectly balances the sweet but is offset by a spicy and peppery undertone.

Kobain Kush seeds grow relatively quickly. Most can see a harvest in about 7-9 weeks. The plants are also suitable for those that don’t have a lot of room. Kobain Kush strain grows quite stout. This feature makes it a desirable option for new growers or others that want a fast but good yield.

The plants are often short but are resilient. They can withstand mold mildew and other problems. The branches and leaves are sturdy; however, the buds are dense, and the plant may require some extra support before harvest.

Some viable growth techniques include topping and SOG. To ensure the best results, growers should try to trim often to increase air and light circulation. Kobain Kush thrives best in warm and less humid areas. It grows well outdoors but can grow indoors as well.

This strain averages around 24% THC.

Users of Kobain Kush have touted its use in reducing a litany of symptoms. Those who enjoy this strain have indicated that it may aid in elevating mood, supporting creativity and energy throughout the day without couch-lock. 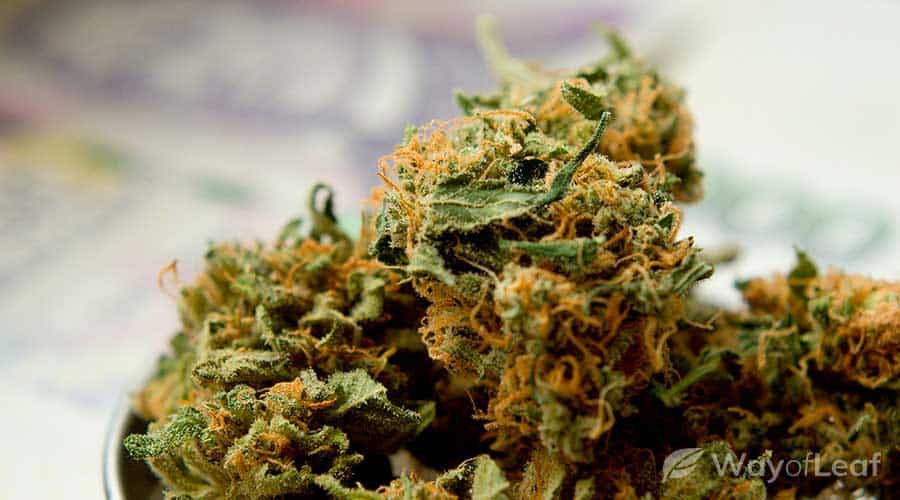 It may also counter the effects of PTSD and anxiety. It may induce feelings of calm and tranquility, making it a good option for depression.

Possible Side Effects of the Kobain Kush Strain

Kobain Kush does have a few drawbacks. While most users may not have many side effects, a few may experience dry eyes and dry mouth. Others may have paranoia and light dizziness.

The Kobain Kush strain is an indica-dominant strain that is popular among many users. What makes it an excellent choice is its quick turnaround. It grows in just 7-9 weeks and doesn’t need much space to thrive as it is a compact plant.

It does, however, require some maintenance, such as trimming of branches. Yet, this isn’t a task that many growers find repugnant. Many growers like its coffee flavor that has a fantastic array of taste sensations. Some of these flavors in its arsenal include citrus, pepper, sweet, earthy herb, and dank. It has a potent THC level, which may be off-putting for some, including newbies and those with sensitivities.

However, it is a sturdy and robust plant with resistance to mold and mildew. It is a perfect strain for newbies and just about anyone interested in harvesting. Its yield is moderate, with up to 12 ounces per square meter inside and more than 12 outdoors.

It has some good qualities, and many users consume it to address issues such as body pain, loss of appetite, depression, and anxiety. While it has an average 24% THC content, it also has a little CBD at 2%. Many people enjoy Kobain Kush’s relaxing and de-stressing effects. It does not interfere in daily activities. Consumers using this strain may choose to spend a day indoors listening to music, or with friends. They can do light chores and tasks without feeling tied to the couch.