Written by Editorial Team
4 min read
0 comments
Read Later
All information on this website is for general informational purposes only and is not intended or implied to be a substitute for professional medical advice, diagnosis or treatment.
Killer Queen Strain Overview
Killer Queen is a balanced hybrid with a delicious, fruity flavor. It induces relaxation as well as a subdued and mellow cerebral buzz. This strain is moderately potent and has a THC level of 16-18%. It is potentially useful for anyone looking for an intense high without feeling overpowered. Killer Queen can fuel creativity, help with pain, and offer reduced stress and anxiety. 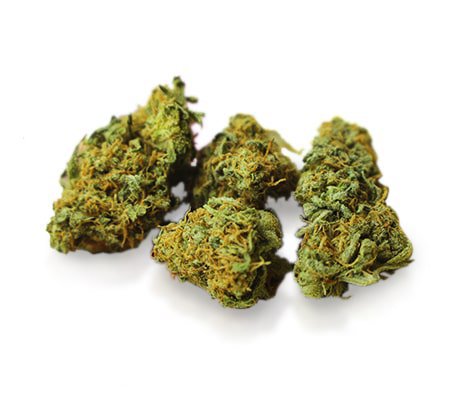 The Killer Queen strain is probably named after the British band Queen’s first major hit in the United States. As well as reaching #2 in the UK Singles Chart in 1974, it also reached #12 on the American Billboard Hot 100.

The song is probably about a high-class call girl. However, rumor has it that the song refers to a British model named Christine Keeler who had an affair with a prominent British politician, and another with a Soviet spy!

Despite the name, Killer Queen is a nicely balanced strain that probably won’t blow your mind!

What Is the Killer Queen Strain?

Killer Queen strain weed is a balanced hybrid created in British Columbia, Canada, by Brothers Grimm. It is a cross of two high-quality strains: Cinderella 99 and G13. It isn’t easy to find outside of North America, but it is relatively simple to grow. When you have a greater degree of experience, you may also find it possible to increase your overall yield significantly. 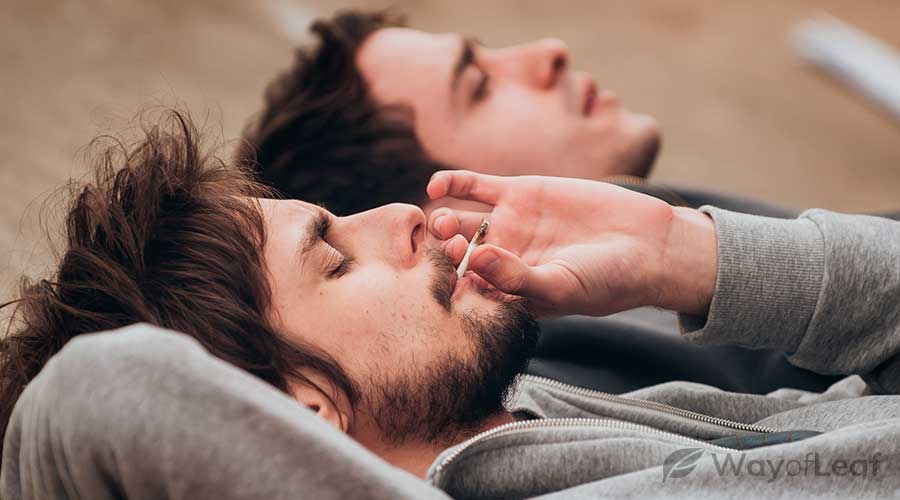 This is a relatively potent strain, and you should feel the initial effects rapidly. Users often report feeling pressure forming around the forehead and behind the eyes. Once you become used to this odd sensation, you’ll find yourself thinking more deeply than usual as the cerebral high helps you focus intently. As a result, a few tokes of Killer Queen could help you get through mind-numbingly tedious tasks.

One of the significant benefits of the Killer Queen high is the ability to think straight.

However, if you are in relaxation mode, you can lie back and enjoy the glow of euphoria. It is a good option for a group smoking session. Once the effects move into the body, your limbs will begin to feel heavy.

At this point, your main goal is to find a nice place to sit or lie down. As it moves from clear-headedness to sedation within a couple of hours, you should probably use Killer Queen in the evening.

Generally, the Killer Queen marijuana strain has a pleasant, potent, fruity and earthy smell that fills a room. If you cure it adequately, you should also get hints of orange. Pay close attention, and you may also get an herbal aroma with tinges of sweetness that linger and make you want to try the strain immediately.

This strain offers a tangy and sour taste akin to green apples. After the initial fruit burst, you may also get soil and floral notes. In some cases, a cut could even provide you with the slightest hint of a tropical flavor.

Killer Queen has the usual dense indica structure with mossy green leaves, orange and brown pistils, and a coating of white trichomes. The nugs themselves often have a circular shape but can take up an array of unusual forms.

Brothers Grimm sells Killer Queen marijuana strain seeds online. You can find suppliers in the UK, Canada, and the United States. After you make your purchase, you have the option to plant the seeds indoors or outdoors. The latter is more difficult because it requires a semi-humid climate with daytime temperatures of between 70- and 80-degrees Fahrenheit.

It is a short and stout plant that provides an okay yield. While it is easy to grow and resistant to pests and disease, it needs a reasonable degree of nutrients. If you decide to grow outdoors, you’ll get up to 13 ounces of bud per plant, and harvest time is usually mid-October.

If you grow indoors, the yield is relatively low at 9 ounces per square meter planted on average. Killer Queen’s flowering time is 8-9 weeks. As the plant is bushy and short, it is necessary to ‘top’ your plants regularly. Remove any large fan leaves that block light from reaching the nodes on the lower part of the plant.

Also, Killer Queen’s buds are heavy. Therefore, it is a good idea to support the plants with stakes at the start of the flowering stage.

Killer Queen cannabis has a THC content that ranges from 16% to 18%.

Although it is a popular recreational strain, Killer Queen has plenty of uses in the medical marijuana community. As it provides users with greater focus, it is worth considering if you have ADD/ADHD. The euphoric effects it provides could serve as a short-term ‘pick me up’ for people with anxiety or depression.

Killer Queen is potent enough to use as an analgesic. MMJ patients typically use it for minor conditions such as headaches. However, some users claim it works well for more severe pains and muscle aches. It is also worth considering if you suffer from fatigue because it could boost energy for a couple of hours. Oddly enough, Killer Queen could help you sleep, as long as you use it several hours before bedtime.

Killer Queen is a relatively potent strain that brings about a deep cerebral high. Therefore, it is not the best option for new users or those with low THC tolerance. Aside from a mild feeling of dizziness, the main adverse effects are minor. They can include a dry mouth, dry eyes, and a feeling of dehydration. In rare cases, Killer Queen can lead to paranoid or anxious thoughts when consumed to excess.

Killer Queen marijuana is a strain with a lot of potential uses. Once you have a few tokes, you might be surprised at how quickly it takes effect. After the initial energy boost and clarity of thought, the body high takes over and helps you relax.

The versatility of the strain is seen in how many medical conditions it could assist with.

It is hailed as an excellent option when looking to manipulate your level of energy. It can keep you focused but also help improve your mood. The smell reminds some users of freshly squeezed fruit juice, and it is straightforward to grow.

Overall, Killer Queen is an excellent all-rounder. Also, it is a fantastic strain to chill out and listen to great music with. The music of Queen is an obvious choice, but you can’t go wrong with guitar-heavy 1970s classics.