Written by Editorial Team
4 min read
5 comments
Read Later
All information on this website is for general informational purposes only and is not intended or implied to be a substitute for professional medical advice, diagnosis or treatment.
Jet Fuel Strain Overview
If you’ve been feeling low and slow lately, Jet Fuel is here to get you up and running. It’s an extremely energizing strain, and may cause you to giggle and become quite euphoric, so beware if you think of doing this one before work. As for the taste, it is quite diesel-like and by no means a fruity dessert of a strain, so if you don’t mind it’s pungency, Jet Fuel is here to pump you up. 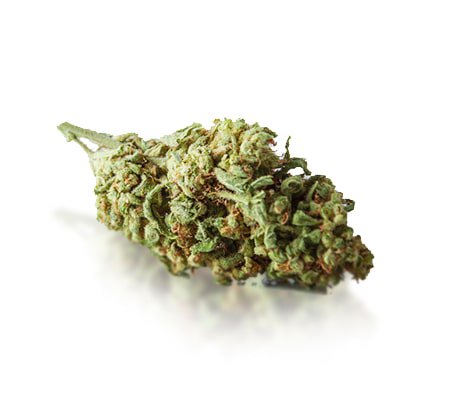 As the name suggests, the Jet Fuel strain is marijuana capable of boosting your energy to unexpected levels. When you see a user, they will make a mockery of the entire ‘lazy stoner’ stereotype. It is also known as G6, but as far as we can tell, there is no relation to G13, which means Jet Fuel is NOT a secret government strain! Keep reading to find out what it actually is.

What Is Jet Fuel Strain?

Jet Fuel weed was created by 303 Seeds and is a cross of High Country Diesel and Aspen OG. It is a sativa dominant (70%) hybrid that remains true to its East Coast Sour Diesel and SFV OG Kush lineage. 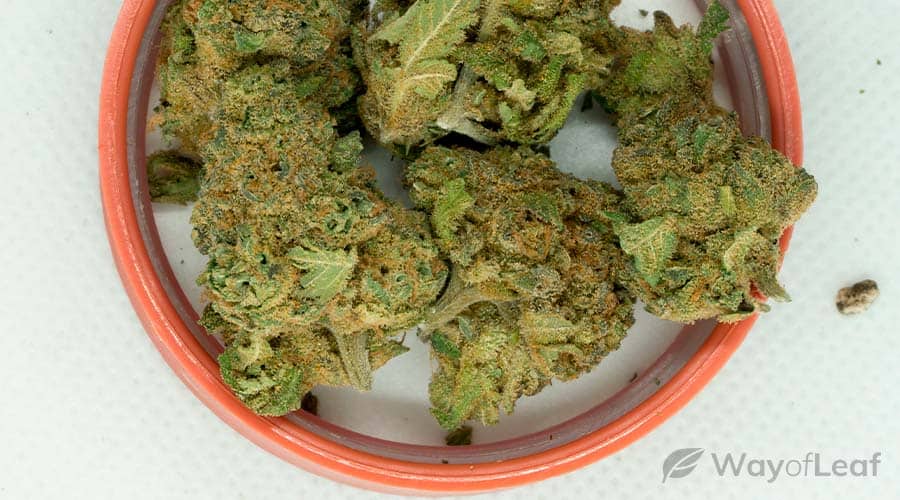 In many ways, Jet Fuel is similar to Sour Diesel, but its more famous relation gets all the headlines; a bit like Eli Manning! If you can look past the fact that Jet Fuel is NOT its legendary relative, you’ll realize that it is a fine smoke in its own right.

The smell of Jet Fuel is a bit like the real thing insofar as it offers a pungent, gas-like smell that quickly fills a room. If you are growing it at home, make sure the grow room is well ventilated. Outdoor growers may find it hard to disguise the powerful odor.

You should get a taste of earthiness from the beginning, but your taste buds will soon be overwhelmed by the diesel taste. It isn’t a delicious strain by any means, but you certainly won’t recoil in horror!

Jet Fuel consists of plump and fluffy buds that definitely look similar to Diesel strains if you don’t have much knowledge of weed. Its flower is a mildly dark green color, and its pistils begin to turn orange when harvest time approaches.

Once you get your hands on Jet Fuel seeds, you have the option to grow them indoors or outdoors. We recommend purchasing a decent-sized grow tent because this strain can reach six-feet tall inside. It will flower in 9-10 weeks and yields up to 14 ounces per square meter.

We recommend purchasing a decent-sized grow tent because this strain can reach six-feet tall inside.

As for outdoor growing, the yield is around 14 ounces per plant. Don’t be surprised if the plant reaches 10-feet tall! It should be ready for harvest during October. As the pistils are fairly easy to spot when they change color, you can use the pistil method of checking to see if your Jet Fuel is ready for harvest.

As a rule of thumb, you can begin harvesting when half of the pistils have changed from white to orange, but you need 75-80% of them to change color if you want the most potent variety of Jet Fuel. If you wait too long, the THC will degrade and offer a different, less psychoactive, high.

The relatively low THC content of Jet Fuel belies its potency and the speed at which it operates. If you haven’t used this strain before, it will come as a shock to you that its THC content maxes out at 20%. Numerous Jet Fuel strains have 17% THC. In the modern era, that is considered as the top end of ‘moderate’ strength. That being said, Rocky Mountain High claims that its version of Jet Fuel has 29.9% cannabinoids.

The vast majority must be THC because Jet Fuel seldom includes more than 0.2% CBD. There are rare occasions where you will find 1% CBD, but overall, the ratio of THC to CBD is normally 80:1 or higher, which means it is not suitable for people seeking healing without the high.

How Is Jet Fuel Likely to Affect You?

If you need a pick-me-up, look no further than this strain. The name ‘Jet Fuel’ is a bit of a giveaway! You may be shocked by how energetic you feel after consuming this weed. Although it is tempting to use it in the morning before work, there is a danger that you will become excessively euphoric, and your fits of giggles might give the game away!

The cerebral high is invigorating, and you will feel ready to take on the world for a short period.

The cerebral high is invigorating, and you will feel ready to take on the world for a short period. Unlike caffeine, you won’t have a nasty ‘comedown’ once the high subsides. Jet Fuel is definitely worth considering as an afternoon strain when trying to finish a long day at work, or else as an evening or night time strain to help you enjoy a night of socializing.

Although it is an energizer, you may be surprised to find that Jet Fuel is popular amongst patients with tension headaches. It is also used in the battle against depression and anxiety and can serve as a much-needed boost if you have chronic fatigue. As fatigue is a condition associated with stress, it is likely that most professionals could use a couple of Jet Fuel hits.

The main side effects are a dry mouth and dry eyes, which seems to be the case with the majority of marijuana strains. It is also possible that you will feel a little dizzy, and if you suffer from paranoia, your condition could get worse. After the high has worn off, you may feel tired – another reason not to use it in the morning.

Jet Fuel may not be the easiest strain to grow, and its yield is well below that of rival strains, but it is an excellent option if fatigue is ruining your day. The sudden burst of energy you feel is joined by a cerebral high that is exhilarating and euphoric. In some cases, the munchies will make an appearance, so be sure to have snacks ready for the feast.

Users occasionally refer to it as the ‘cocaine of marijuana,’ so even though its THC is not the highest on the market, Jet Fuel is probably not a great idea for novices.