Written by John Killerlane, B.A., HDip
4 min read
0 comments
Read Later
All information on this website is for general informational purposes only and is not intended or implied to be a substitute for professional medical advice, diagnosis or treatment.
J1 Strain Overview
The name J1 might not make much sense at first. However, when you realize its parents are Jack Herer and Skunk #1, it all comes together. This strain has a spicy and skunk-like flavor, with hints of pine, so it’s pretty earthy on the palate. It’s also great for boosting energy and focus, making it a perfect ‘wake-and-bake’ strain. 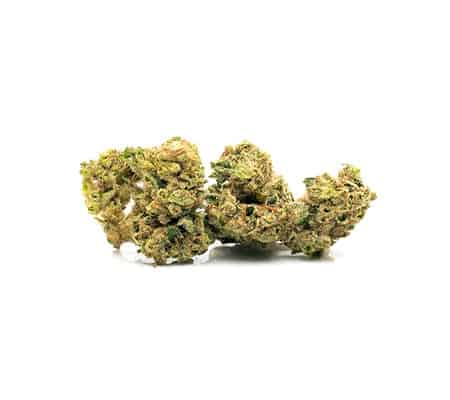 As is the case with every other product you buy, if you want quality, then you have to pay more. Understandably, J1’s top-end price may be off-putting for some. However, if you have a little extra cash in your pocket, then you may want to consider purchasing this luxury cannabis strain.

Hopefully, this review will help you make up your mind about whether or not you want to part with your hard-earned cash.

What Is the J1 Strain?

J1, a.k.a. Jack One, is a sativa-dominant hybrid strain. It is the offspring of the sativa Jack Herer and the hybrid Skunk No. 1, hence the name, J1. This hybrid is famous for its potent but clear-headed high. As a result, it is a popular choice among cannabis smokers who like to ‘wake-and-bake.’

Initially, the J1 strain instills a short-term feeling of euphoria and happiness. Most users say that they feel uplifted, energized, and focused, ready to take on whatever challenges come their way.

Naturally, given J1’s effects, This is not a strain that you want to puff on before going to bed!

J1 has a high THC content, which ranges between 18-23%. Therefore, this strain is better suited to an experienced cannabis consumer than a novice.

J1’s fragrance is a combination of aromas inherited from its parent strains. It exudes sweet, citrusy scents as well as pungent skunky and piney notes.

On the inhale, the J1 strain has a citrusy taste coupled with some spicy flavors. J1’s sweet flavors are most prominent on the exhale, and the aftertaste is a treat for the taste buds.

When fully grown, a J1 plant is categorized as being medium to tall. It produces large, heavily frosted, emerald green buds and bright orange pistils.

Experienced J1 growers rate it as a moderately difficult plant to grow. Therefore, this strain is not one for the novice grower with little or no experience.

A J1 plant can be grown indoors or outdoors as long as you grow it in a complex nutrient-rich soil medium. A high-quality soil rich in nutrients such as nitrogen, potassium, and phosphorus will maximize J1’s terpene content.

You can purchase a bag of premixed ‘super soil’ for about twenty to thirty bucks. Alternatively, you can try your hand at creating your own at home. The guru of organic super soils, Subcool, of TGA Genetics, revealed his super soil recipe in High Times magazine several years ago. Subcool’s method is widely regarded as the best way to cultivate cannabis plants organically among the cannabis-growing community. 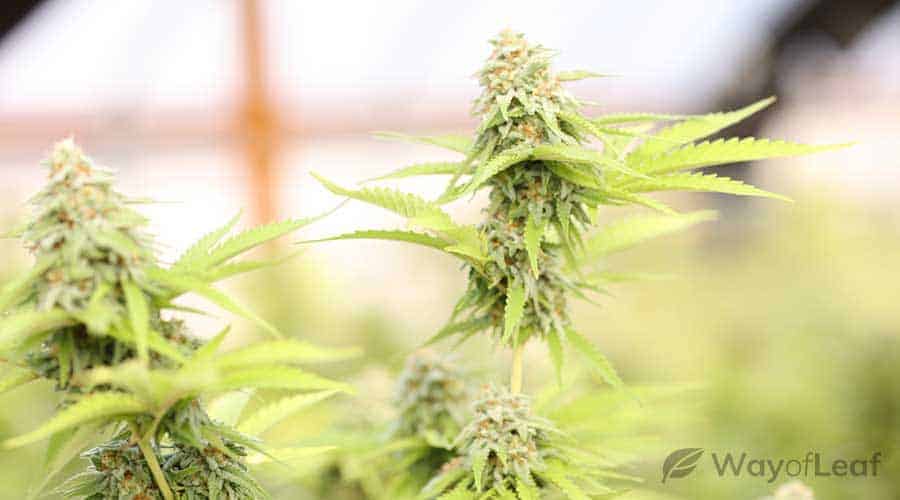 J1’s buds are densely packed together, so good air circulation in your grow room is crucial. Whatever type of indoor ventilation system you use, your goal should be to keep the temperature and humidity level in the optimal range. The ideal temperature range for a J1 plant is between 68-80 degrees Fahrenheit.

It is essential to closely monitor the humidity level to prevent mold or mildew from forming on this plant. Unlike most strains, J1 prefers lower humidity during the vegetative stage. However, by the flowering stage, ensure that the relative humidity is at 40%.

If growing outdoors, J1 plants will be ready for harvesting in September. Outdoor growers can expect a return of between 4-6 ounces per square foot.

Most J1 strains will contain an average THC level of approximately 20%. However, some tests show that a J1 sample can contain up to 23% THC.

The J1 strain contains only trace amounts of cannabidiol. Most samples contain about 0.01% CBD.

Medical Benefits of the J1 Strain

J1 is a popular strain among recreational and medicinal cannabis consumers alike. Due to its uplifting effects, many use this strain for short-term relief from stress and mood disorders.

As mentioned, the J1 strain is a firm favorite among those who like to wake-and-bake. Cannabis users who consume J1 for this reason say that it provides a handy energy boost. Therefore, people suffering from chronic fatigue may find this strain useful.

Possible Side Effects of the J1 Strain

A small percentage of J1 smokers reported that they felt dizzy or became paranoid after smoking this strain.

Final Thoughts on the J1 Strain

It is easy to see why the J1 strain is becoming increasingly popular among cannabis smokers. Users say that it boosts their mood and energy levels and provides them with a clear-headed focus.

Given its effects, the J1 strain is a go-to-strain for those who like to “wake and bake.”

One downside is that some may find the cost of this strain to be prohibitive. Naturally, users can opt for more affordable strains that produce similar effects instead.

J1’s potency sadly also means that it is not suitable for novices. Some people have reported feeling anxious, paranoid, or dizzy after smoking J1 weed. However, experienced users who consume J1 in moderation should find its effects pretty tolerable.