Written by Editorial Team
7 min read
9 comments
Video
Read Later
Headband Strain Overview
The Headband strain is the genetic cross between the OG Kush strain and the Sour Diesel strain. It’s a pretty potent strain and its effects are long lasting, so it’s definitely not one to do if you have any plans for the day! The Headband strain also tastes amazing as well, getting a lot of its main features of lemon and diesel from its parents. It also has notes of vanilla on exhale as well. 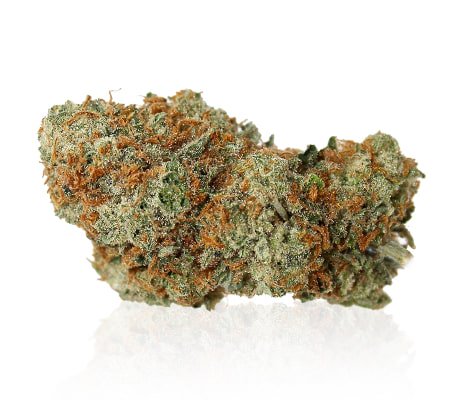 Headband is both cerebral and physically intoxicating, allowing you to unwind and relax

Globally available and praised for its medical abilities plus added versatility, Headband marijuana can be purchased at just about every medical cannabis dispensary and recreational pot shop, in addition to being supplied by the black market. Even if it is available throughout the world, Headband is by far the most popular in California and across the West Coast, where a mass majority of individuals adore this hefty and potent marijuana strain. Because of its convenience to obtain, this marijuana strain is one that many refer to as a “standby” cannabis type, particularly because it is a suitable and delicious backup if you just can’t seem to find any other marijuana of interest.

Headband’s name may not have the origins that you expect. For some, it might immediately serve as a reminder of the times of hippies dancing around and participating in drum circles somewhere in the forest far away from society, wrapped tight in rainbow headbands, while for others it might spark memories of Jimi Hendrix’s magical dosing bandana.

The reality? Headband is named after its brilliant cerebral effects, which create the sensation of pressure and tingling along the forehead- a rather pleasant experience for the user which replicates wearing a headband, as well as helping to relax the mind.

What Is the Headband Cannabis Strain?:

Visually appealing and brilliantly “stone-inducing”, Headband is a masterful genetic crossing between the two popular cannabis strains OG Kush hybrid and Sour Diesel sativa. Although the true story about Headband’s origin is not completely understood, some speculate that this cannabis was developed by Reserva Privada, a Colorado breeder, the same one that has produced legendary marijuana strains such as Kandy Kush and Strawberry Banana. Others claim origins from Humboldt County, a.k.a. a sliver of the famous Emerald Triangle.

Regardless of its actual origins, Headband is still a quintessential cannabis strain to keep in your medical marijuana cabinet. This cannabis is classified as a hybrid cannabis strain, with a 60% indica, 40% sativa ratio, producing a well-balanced high. Its THC levels are potent, ranking in at an impressive 20-27% THC, with just a little bit going a very long way. This marijuana strain might not exactly be a one-hit quitter, but even highly experienced stoners have said its effects are rather long lasting and take some time to fade away. 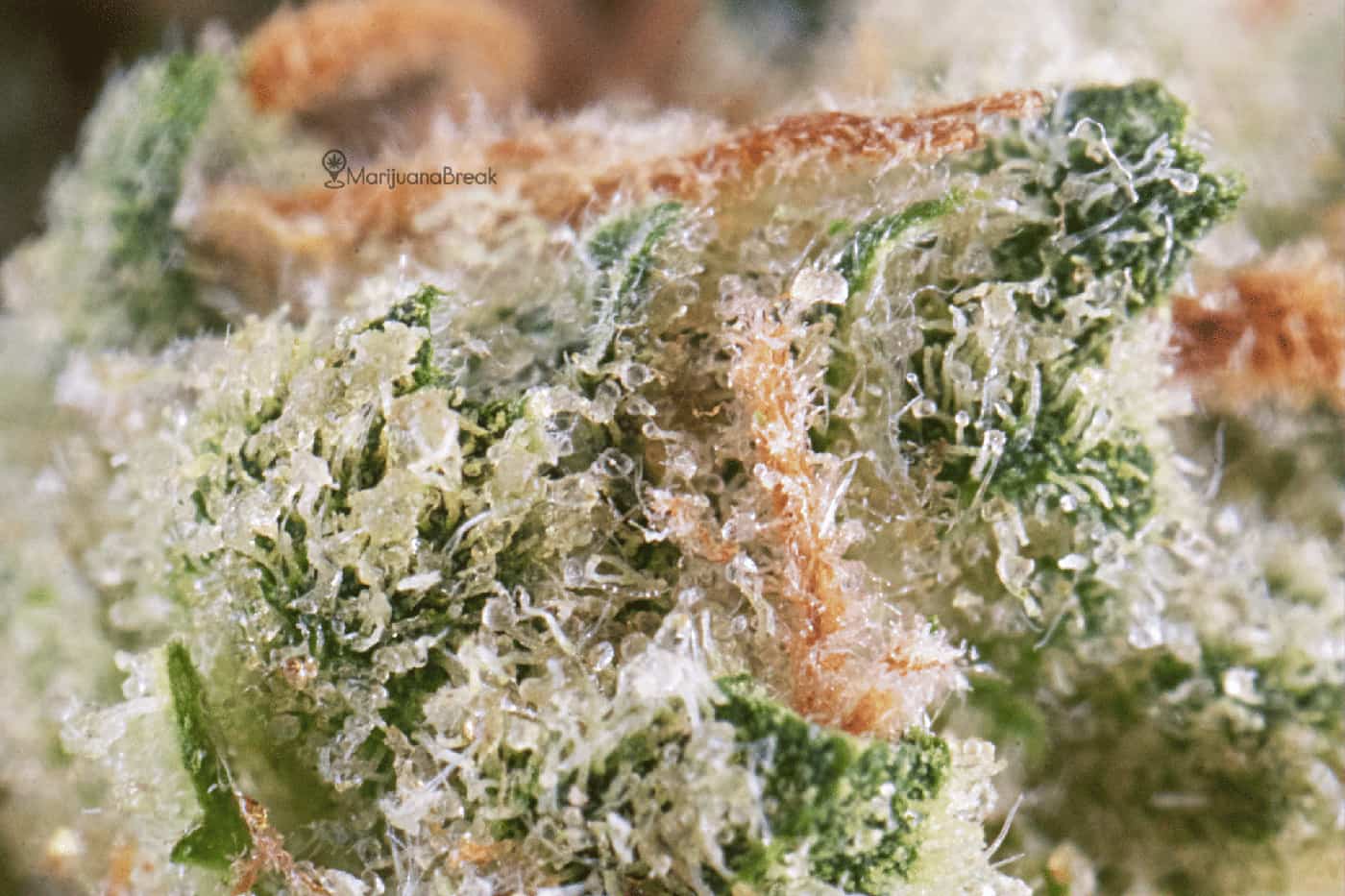 First and foremost, the scent of Headband is overwhelmingly pungent. Whatever room you are in will quickly become filled up and engulfed by the powerful yet pleasant aroma of lemon stench. The lemony scent is soon blended with the aroma of earthiness that is somewhat reminiscent of diesel, which could be a result of its Sour Diesel heritage. The flavor profile of Headband is one to be remembered, exuding an intriguing blend of lemon, followed by undertones of cream and vanilla. This extra added sweetness makes Headband a tasty one, in addition to the hints of earth and lavender that arise after the initial acknowledgment of flavor.

Appearance wise, Headband is the classic look of an indica dominant marijuana strain, short and bushy in stature, which can be problematic for some growers indoors. This is why the low fan leaves often need to be trimmed back in order to ensure that all of the flowers receive an adequate amount of light and nourishment. Due to a high bud to leaf ratio, the underdevelopment of low lying buds is not as much of an issue, but it is still something to be conscious of as a possibility. The buds themselves are very “nugget-like” in appearance- dense and packed in, typically a light green to darker, forest green color, with certain colder climate grown buds undertaking more of a purple hue, which is the chemical reaction of anthocyanin being activated within the flowers.

As is expected for a marijuana strain with such a high THC content, the buds are typically thickly coated with a dusting of silvery, glimmering trichomes, or crystals which contain much of this high-inducing element. The crystalline nature of these buds could easily be compared to what a fresh dusting of snow appears as. The buds are extremely sticky, thanks to all these tiny, sparkling crystals, which means that this marijuana strain is mandatory for grinding, not by hand but with an actual grinder. This is something to keep in mind if you don’t already own a grinder or have access to one.

Pot growing novices, rejoice- Headband cannabis is one of relative ease for cultivation, so long as you undergo the necessary requirements for maintenance and climate control. This marijuana is naturally resistant to most common molds, mildews and pests, so at least this element won’t so much be a cause for concern. Headband can be cultivated both in indoor and outdoor environments, but regardless of where the crops are grown, they must be kept away from frost and placed within direct access of large quantities of sunlight.

If the crops are grown outdoors in a wet or humid climate, they must be kept in a well sheltered area to prevent any diseases from overtaking an entire plot. Headband does provide a prolific yield for those who are patient and care for their crops. Indoor yields range on average at about 18 ounces per square meter, while outdoor harvests average 21 ounces per plant. Outside harvest falls around mid-October, while the flowering period for this marijuana strain is 9-11 weeks.

Because the plant is short and has a wider stretch, it is a suitable option especially for those living in colder climates who have no choice other than to grow indoors, because it won’t require a high ceiling space for successful growth. Any low-ceiling space will do, so long as there is adequate light and proper ventilation/air circulation to keep the crops breathing and the overwhelming stench maintained.

Although this cannabis strain is technically a hybrid, the indica aspects can be experienced with more intensity than the sativa, for Headband is intoxicating and melts the body into a deep relaxation, whilst generating some profound cerebral effects that are unique, yet comforting. It can, for some individuals, induce laziness, so it’s best for consumption on a day off work, later in the evening or even right before bed.

Headband does induce couch-lock and even sometimes laziness, so make sure you’re in a comfortable position where you won’t have to get up so often. The high can eventually fade from relaxing into sedative-like, so be prepared for sleep to ensue. Additionally, some consumers experience the munchies, so be sure to have a packed-with-all-your-favorites fridge. Overall, Headband is a quintessential option for those searching for a cozy day or night in, possibly to watch movies or listen to music. 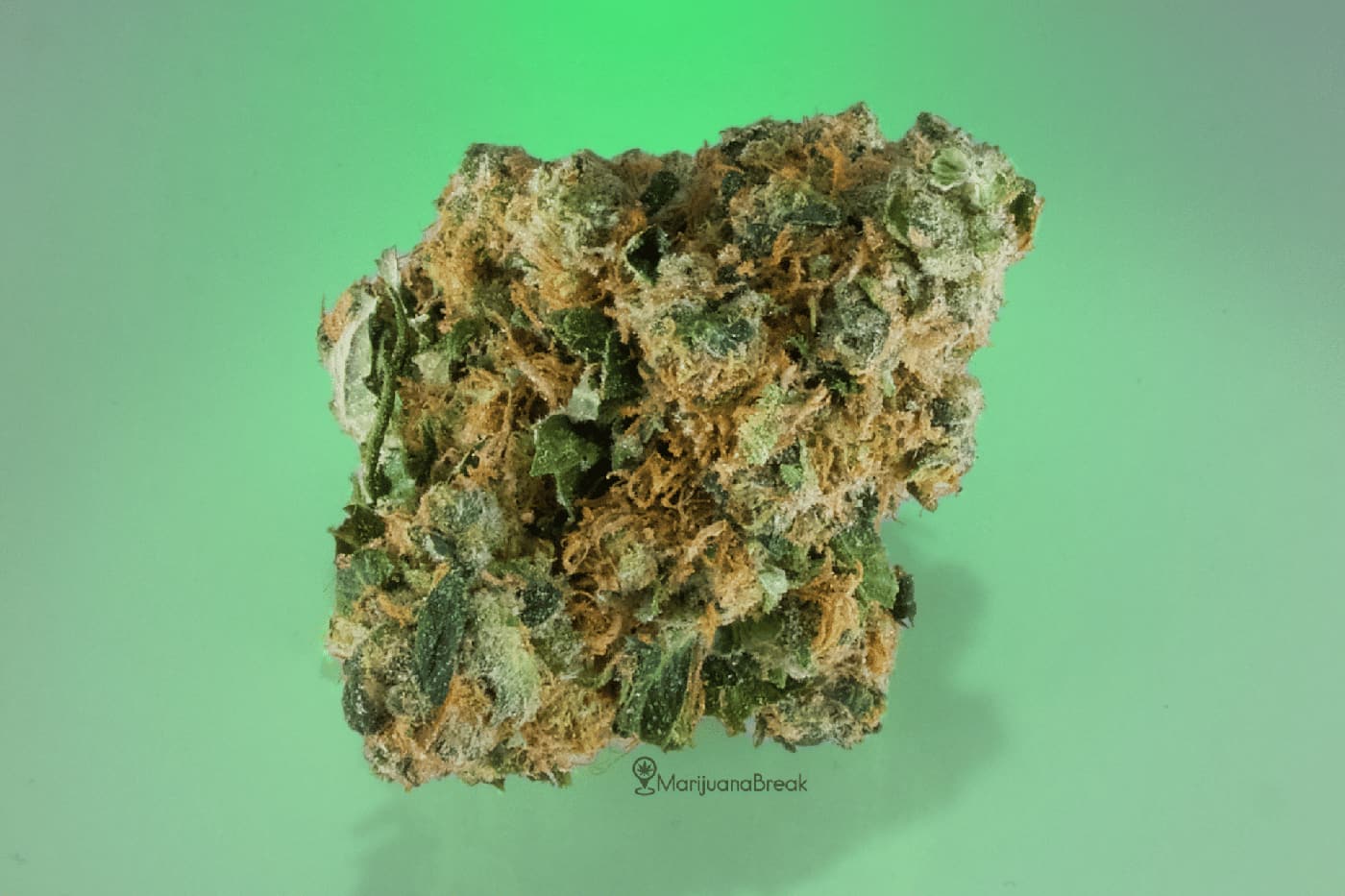 Overall, this marijuana strain is one that could be considered multifaceted, offering various methods of relief from a number of conditions or troubling medical occurrences. Headband is especially valuable for those dealing with ailments or discomforts that are aided by high quantities of potent THC. For example, because of its ability to not only relax but also replenish the mind and body, helping your worries melt away, Headband is beneficial for those who are hoping to manage their;

Physically, Headband is the ultimate headache and migraine cure, quickly dissolving pain and discomfort from the temples, which seems fitting considering this strain’s name. This marijuana can also decrease discomforts caused by chronic pain, muscle spasms, body tension and soreness, stress, lack of appetite and difficulties sleeping. Physical symptoms likely will require larger doses of this cannabis, so alternative methods of consumption may be in order. Edibles, gummies, candies, extracts, tinctures and concentrates all offer high doses of Headband with less of the actual act of consumption required.

Mood disorders and mental conditions should be diminished with the use of smaller doses, because the over consumption of any THC heavy marijuana strain can cause some unnecessary anxiety or paranoia for those looking for an aid to calm the mind. Headband is well-rounded, and not only pleasant to consume, but also a brilliant medical aid.

Possible Negative Side Effects of Headband:

As a result of its deep relaxing effects, Headband can sometimes create a sensation of paralysis, or being unable to move because you feel so comfortable. For some people, this locking down might generate some paranoia or anxiety, but the feeling itself is quite pleasant as long as the mind can stay calm. Dizziness is also reported on rare occasions, but it should not be a cause for concern.

The most common adverse effects from Headband are the usual ones that can be expected from most marijuana strains; red, dry eyes and cotton mouth (dry mouth). The redness and dryness of eyes can be managed by purchasing a bottle of moisturizing eyedrops from a local pharmacy before consuming this cannabis, that way if the discomfort arises, you’ll already be prepared to experience relief. Dry mouth can be managed by consuming plenty of hydrating fluids before, during and after your high. Plus, staying hydrated also assists with dehydration, and therefore can be a preventative measure for the arising of headaches.

All in all, the pros of Headband greatly outweigh the cons; brilliant news for those who are dying to try this magical cannabis strain.

If you are an individual seeking assistance for the management of depression, anxiety, PTSD, ADD/ADHD, chronic pain, stress, migraines, headaches, muscle pains, insomnia, lack of appetite and most other body tensions or aches, then the Headband cannabis strain might be the right one for you because it offers massive relief from a variety of medical conditions and discomforts. We hope you found this article to be not only entertaining, but also educational and informative.

It is important to remember that the consumption of marijuana is the sole responsibility of the user and discretion should always be taken.

20
4 min read
Join the discussion
TOC
Premium
Your subscription has ended
If you love cannabis and want to support our site, join WayofLeaf Premium today and unlock
Best of all, part of your membership fee will go towards supporting the fight to legalize cannabis.
Sign Up for WoL Premium
Not now
I already have an account
×
Log in to Your Premium Account