Written by Patrick Lynch, M.A.
4 min read
0 comments
Read Later
All information on this website is for general informational purposes only and is not intended or implied to be a substitute for professional medical advice, diagnosis or treatment.
Gushers Strain Overview
Likely named after the legendary candy, the Gushers marijuana strain offers a fruity, citrus scent and taste. It is relatively potent, and the high gets to work quickly. MMJ patients may want to use it to help with chronic pain, low mood, and stress. 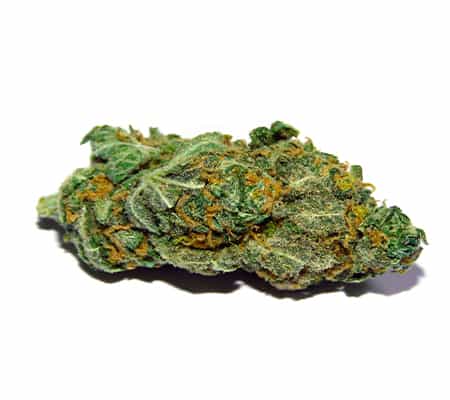 There’s no question that marijuana users these days are rather spoiled! A few decades ago, all you were likely to get was low-THC brick weed. Furthermore, you had little say in the type of flavor; it was a question of taking what you could get and asking no questions!

However, these days, marijuana users have a wonderful variety of flavors, and strains that offer a fruity taste are in hot demand. Gushers is one such marijuana strain and is the subject of our review today.

What Is the Gushers Strain?

Also called White Gushers or Fruit Gushers, the Gushers strain is an evenly-balanced hybrid created by Cookie Fam Genetics. It is named after Gushers candy, and once you sample the burst of fruit provided by this strain, you’ll agree that it is well named! 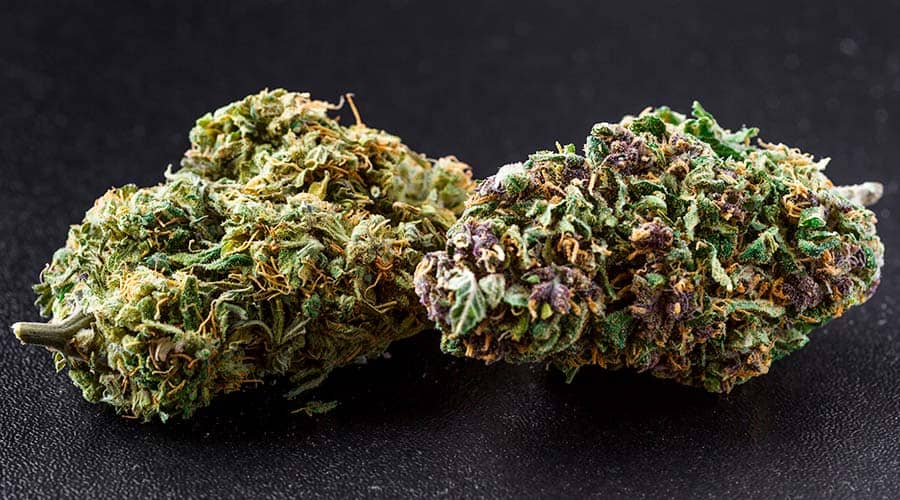 While the flavor is sure to set your taste buds alight, the effects of the strain are slightly different. Its high-THC content guarantees potent intoxication, meaning that novices should tread carefully. You can expect the effects to hit home relatively quickly, so be prepared!

Although it is a balanced hybrid, the Gushers strain’s effects lean solidly indica. You can expect to feel uplifted, with euphoria likely taking hold after a brief period. The initial cerebral high ultimately gives way to full-body relaxation. While it may not cause couch-lock, there’s every chance that after using Gushers, the only thing you’ll want to do is sit down, relax, and watch TV or listen to music.

However, some users claim that they feel aroused after a few hits of Gushers.

A marijuana strain’s terpene content is responsible for its smell and taste. Regarding Gushers, the dominant terpene is limonene, which ensures that citrus is noticeable as you smell and taste this strain.

Gushers has a distinct lemony scent, one that is instantly appealing. However, you may also get undertones of sour tropical fruit, cookies, diesel, and herbs once you light up.

Like the aroma, Gushers’ flavor doesn’t overwhelm your taste buds. While the flavor is subtle, it is also complex. You may get hints of creamy cookies and tropical fruits along with the lemon taste. There are also herbal undertones and elements of spiciness.

The Gushers strain has olive green nugs and bright green leaves. There is also an abundance of amber hairs and a generous sprinkling of crystal trichomes. As experienced marijuana users understand, a high trichome content is usually an indicator of a high THC strain.

It isn’t easy to get your hands on Gushers marijuana strain seeds, and it is not the easiest plant to grow. Nonetheless, novice growers could enjoy a successful yield as long as they’re prepared to spend time performing maintenance. 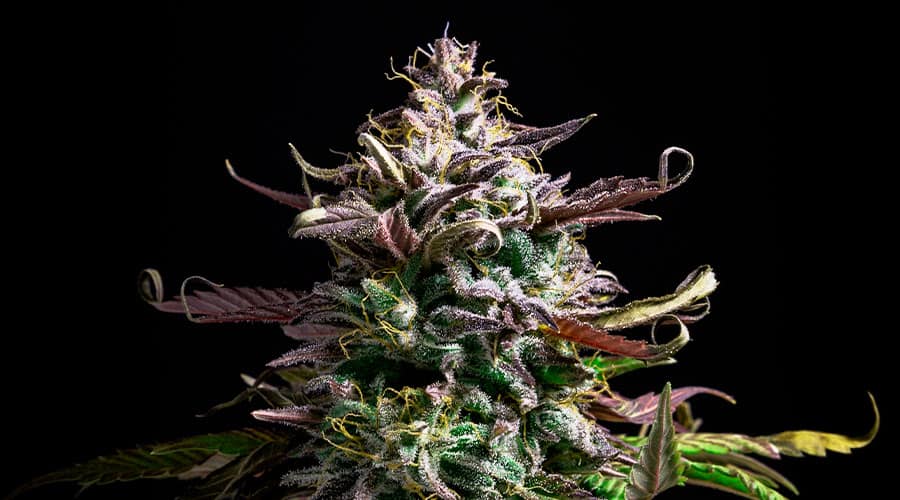 You can cultivate it indoors or outdoors, although you need to live in a region with a warm, relatively humid climate to get the best out of outdoor-grown Gushers. Unlike many strains, Gushers provides a smaller yield outdoors than indoors. When grown outdoors, this strain is generally ready for harvest by the end of October.

However, most marijuana growers can only grow plants indoors. In this instance, please ensure your grow room’s humidity is between 55% and 65% initially. Over time, you’ll need to gradually reduce the humidity as your crop enters the flowering stage. The flowering time of Gushers is 9-11 weeks, and you could benefit from a yield of up to 16 ounces per square meter planted.

There is a significant difference in the THC range when it comes to tests on the Gushers strain. We have heard that Gushers can have anywhere from 15% to 25%. However, its average is usually at the higher end at approximately 23%. Unquestionably, it is potent enough to provide the desired effects, so use it with caution.

There is minimal CBD in Gushers; significantly less than 1%. However, there is close to 1% of CBG in the strain.

Gushers is a cross of Gelato #41 and Triangle Kush. While some users suggest it is slightly indica-dominant, it is as close to a 50/50 hybrid as you’re likely to encounter.

This strain has a high enough potency to potentially alleviate the impact of chronic pain. Therefore, consider using Gushers if you have a condition such as arthritis or fibromyalgia that causes extreme pain.

Since the high is relaxing, you may find that this strain helps keep you calm and relaxed in the evening. Individuals with stressful jobs may welcome Gusher’s ability to help body and mind unwind. Many users suggest that the high is uplifting, so MMJ patients with depression may gravitate towards Gushers to help eliminate negative thoughts.

Possible Side Effects of Gushers

Unfortunately, potent marijuana strains can have adverse effects from time to time, and Gushers is no different. The most common adverse effects are cottonmouth and dry eyes. Novices or individuals who consume too much of this strain may also experience headaches and dizziness.

Also, it is inadvisable to use this strain if you are predisposed to anxiety. Many such individuals find that high-THC strains only increase their anxiety levels, and it is best for them to look at high-CBD marijuana or CBD oil.

Gushers is a marijuana strain that provides a pleasant lemony scent and a mouthwatering fruity flavor like the candy it is named after. It is a potent strain used by MMJ patients to help reduce the impact of chronic pain. You may also find that Gushers is useful if you’re hoping to combat a low mood or deal with stress.

Growing this strain requires a bit of effort, but ultimately, it is an endeavor worth pursuing because the result is lots of top-shelf buds just waiting to be sampled!

7
4 min read
Join the discussion
TOC
Premium
Your subscription has ended
If you love cannabis and want to support our site, join WayofLeaf Premium today and unlock
Best of all, part of your membership fee will go towards supporting the fight to legalize cannabis.
Sign Up for WoL Premium
Not now
I already have an account
×
Log in to Your Premium Account