Written by Editorial Team
3 min read
0 comments
Read Later
All information on this website is for general informational purposes only and is not intended or implied to be a substitute for professional medical advice, diagnosis or treatment.
Grapefruit Haze Strain Overview
The Grapefruit Haze strain is a cross between Grapefruit and Super Silver Haze. It has an uplifting high that can evoke feelings of euphoria and creativity and also offers a boost in energy levels. The THC level varies quite significantly at between 16% and 25%. 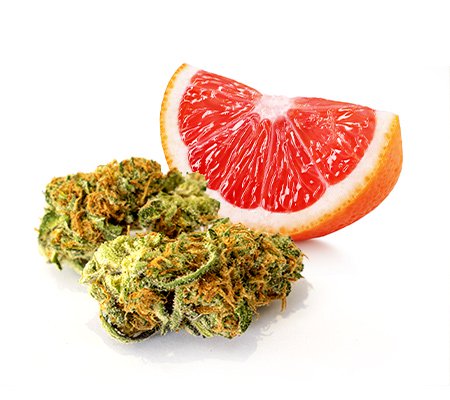 Flavors
Fruity
Grapefruit
Herb
Spicy
Common usage
Depression
Fatigue
Stress
Effects
Energy
Social
Uplifting
Growing info
Grapefruit Haze isn’t an easy strain to grow and is known to have a low to medium yield. It can be grown indoors, outdoors, or in a greenhouse. BUY SEEDS FOR THIS STRAIN AT OUR #1 RATED ONLINE SEED STORE: HOMEGROWN
THC
18%
CBD
1%
Sativa
50%
Indica
50%

A majestic appearance, distinct flavor, and energizing high – it’s no surprise that Haze varieties are notorious among cannabis lovers.

Almost pure sativa genetics and an incredibly powerful and uplifting cerebral high distinguish Haze varieties from other marijuana strains. If you’re a Haze fanatic, then the Grapefruit Haze strain should make you very excited.

What Is the Grapefruit Haze Strain?

Grapefruit Haze is a very strong hybrid that was created by crossing Grapefruit and Super Silver Haze, giving users the best of both varieties.

The exact ratio of sativa to indica isn’t clear – some reports suggest that it’s perfectly balanced (50% sativa/50% indica), while others claim that it’s slightly sativa dominant (60% sativa/40% indica). The effects suggest that the sativa genes are stronger; this is a strain that mainly affects the mind.

Born to a three-time Cannabis Cup winner, Super Silver Haze, and a world-famous flavor legend, Grapefruit, it’s no wonder this bud packs such a heavy punch.

The THC levels are relatively moderate but vary quite a bit – ranging anywhere between 16% and 25%. Users can expect a nice heady high that isn’t too overwhelming.

The high is primarily cerebral, with a boost of energy, euphoria, and a splash of creativity. The Grapefruit Haze strain is known to be incredibly uplifting and provides full-body relaxation that is both soothing and airy. It’s a great strain to use any time of day because it stimulates the mood and gives you little spells of energy while still providing a relaxed sensation.

Grapefruit Haze is an especially good choice for those who like to use cannabis socially. It’s perfect to smoke before going out to a gathering or event because, after a few puffs, you will be in the mood to interact with people.

The Grapefruit Haze scent is reminiscent of its name, with spicy undertones. It’s got a pungent, fruity smell with a dash of spiciness.

Grapefruit Haze tastes even better than it smells, and if we had to sum it up in one word, we would say it tastes like Grapefruit – who would have thought. Your taste buds will get a nice herbal and citrus flavor topped off with a hint of peppery spice.

The Grapefruit Haze bud is identified by its fluffy light green leaves and orange hairs and is a great plant to look at in full bloom. The buds are pretty, but plants are usually not much taller than 3 feet.

Grapefruit Haze is one of the more difficult strains to grow and is therefore recommended for intermediate growers and those with a lot of experience in cultivation. It has a low to medium yield. 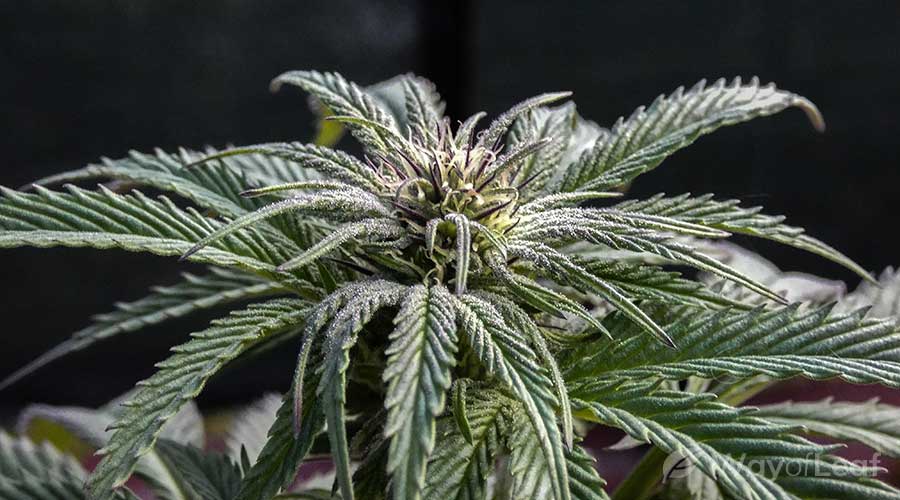 It can be grown indoors, outdoors, or in a greenhouse. If grown outdoors, a climate with a warmer fall season is preferred. Generally, it prefers a humid environment, like a Mediterranean climate. For indoor growth, you can look forward to a flowering time of between 7 to 9 weeks or late October for outdoor environments.

The Grapefruit Haze THC level varies greatly, so you’re not quite sure how hard it’s going to hit you. The highest recorded THC level is 25% – which is quite significant.

Grapefruit Haze is loved by medicinal users for its ability to soothe both the body and mind. It’s considered a good choice for those looking to relax any time of day and is useful in the management of stress and tension.

Related article
5 Best Cannabis Strains to Get You TOTALLY Relaxed

Our top picks for relaxation…

Also, thanks to its uplifting properties, Grapefruit Haze can offer a much-needed boost in energy for those who suffer from chronic fatigue or depression.

Physically, it can produce a pleasant tingling sensation throughout the body that eases mild pains. Therefore, it can be useful in the treatment of headaches, migraines, and bodily aches and pains.

Possible Side Effect of the Grapefruit Haze Strain

Like most other cannabis strains, Grapefruit Haze causes the typical marijuana side effects like dry mouth and red, irritated eyes. So, make sure you stay hydrated and have some eye drops ready at your disposal.

Overall, Grapefruit Haze is a very pleasurable smoke on every level. It smells and tastes delicious, and thanks to its strong sativa properties is an excellent daytime strain or to smoke before attending a social event.

This is a strain that is known for being incredibly uplifting and will have users feeling like they’re on cloud nine.

Grapefruit Haze promises to deliver on all the body tingles you desire and with none of the sleepy side effects, making it a great choice for those seeking an intense but not overwhelming high. Whether you are seeking a little boost in your mood or to simply add a bit of sparkle to your day, Grapefruit Haze is an excellent choice.

All about this energizing strain