Written by Editorial Team
4 min read
0 comments
Read Later
Future Cannabis Strain Overview
Future is the flavorful creation of Exotic Genetix. It’s a powerful cross between Gorilla Glue #4 and Starfighter F2 and is known for inducing a sense of euphoria, accompanied by elevation in mood and relaxation of the body. 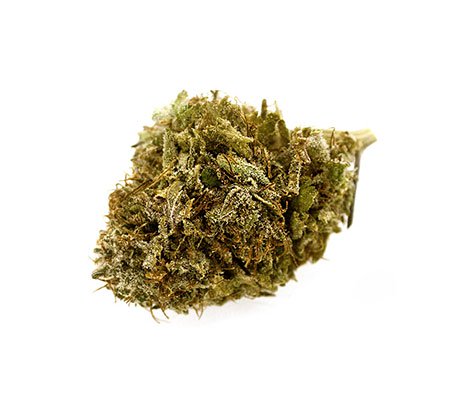 Over recent years, many breeders around the world have concentrated on creating new cannabis strains with the highest THC level possible. Nowadays, strains containing more than 20% THC content, sometimes rising to levels of around 30%, are becoming increasingly popular. The Future cannabis strain is one such example.

In fact, Future achieved the highest THC content ever recorded when tested by MRX Labs. Of course, it’s average THC level is not as high, but this is a potent and powerful strain nonetheless. Future can be described as having a trippy combination of physical and mental effects that may make users feel like they’re traveling through time.

What Is the Future Cannabis Strain?

The Future cannabis strain by Exotic Genetix is a potent cross between Gorilla Glue #4 and Starfighter F2. It’s an evenly balanced hybrid (50% indica / 50% sativa) that is known for its insanely strong high, and long-lasting effects. The average THC content of Future has been measured at between 17 – 24%, but lab tests have recorded a much higher THC level.

The Future high delivers an immediate sense of euphoria that elevates the mind and relaxes the body.

You can also expect a rush of creative energy and motivation. Initial effects may include a sped-up thought process, with ideas jumping from one to the next in a freely-associated realm of consciousness.

You may also experience changes to sensory perception like auditory and visual distortions, such as a flattening of any visual depth. Thanks to the intense mental stimulation, Future can be a powerful tool for those working on analytical and complicated tasks. But for those feeling less productive, it can provide some nice background brightness for boring chores like laundry.

Eventually, the high becomes progressively more relaxing, and you will begin to feel focus settle in your mind. This makes Future a great option for deep philosophical conversations or artistic undertakings.

Although Future allows its users to keep a somewhat clear head, some of the initial motivation may start to wear off. At this point, the strain is best suited to lazy activities like gaming or snacking. When used in a social setting, it can also facilitate chattiness and easy laughter. Due to the slide downward from buzzy energy to lethargy, Future is best used between late afternoon and early evening.

Future gives off a pleasant berry scent and has a slightly dank undertone. It also emits some distinct whiffs of lemon. Meanwhile, ground-up buds release a more skunky odor.

Future has a deliciously sweet and dank berry, lemon flavor with a potent skunky overtone that quickly turns sour upon the exhale. It’s often described as tasting like sweet berries, sour lemons, and herbs.

Future can be identified by its medium-sized flowers that feature a bulky, somewhat spherical shape. The structure is more indica than sativa, with small leaves that twine closely inward toward the central stems.

These tightly-wound leaves have a dark, forest green color and are threaded through with hairy orange pistils. They’re also outlined with a mass of cloudy white trichomes. 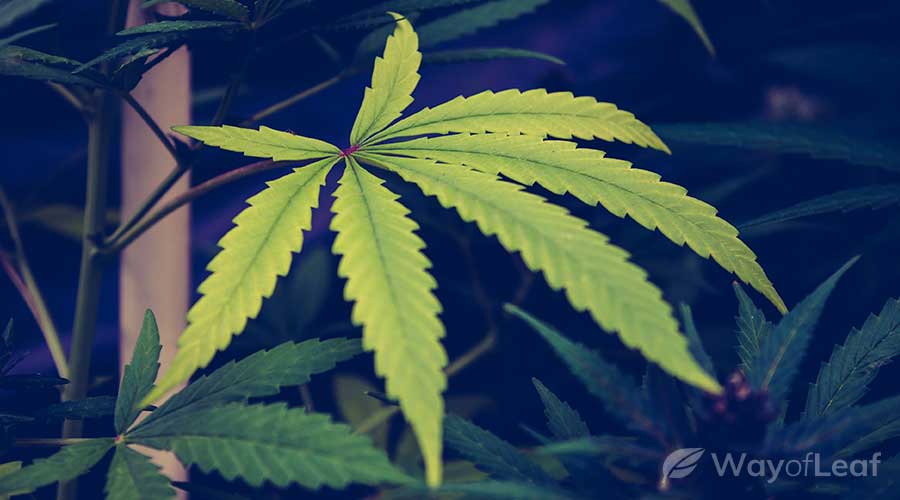 The clones can be cultivated both indoors and outdoors. But, when grown outdoors, a semi-humid, Mediterranean-like climate is necessary to succeed. In indoor settings, the plants usually flower within a short 8 to 9 weeks.

Typically, Future plants need a lot of light, good soil, and an excellent climate. Additionally, it’s important to ensure that there’s sufficient air circulation around flowers, especially towards the end of the flowering period.

As we mentioned, Future has an average THC level of between 17% and 24%. However, a Future strain grown by Portland-based 7 Points was reportedly tested by MRX Labs, and test results showed a record THC level of 37.28%. The lab tested the sample four times after their initial results before they confirmed it publicly.

This means Future tested the highest THC content we’ve ever seen. To date, the common belief is that the absolute physical limit of THC is 35%. It’s assumed that the extreme resin production of Future makes it possible for the strain to exceed this limit.

Like many other exceptionally potent strains, Future cannabis doesn’t really contain any CBD, so to speak. If anything, it only contains tiny, trace amounts of the compound – not exceeding 1%.

Future has a wide range of medical applications and can be helpful for those looking for a bit of relief. Firstly, thanks to its ability to uplift the mood, this strain may help to temporarily soothe symptoms of depression and stress.

Also, as the body stone sets in, Future may be able to alleviate physical pain, whether it’s short term, such as due to an injury, or chronic, due to conditions like lupus or arthritis. Moreover, the anti-inflammatory effects may help relieve everyday irritations like headaches.

Additionally, the early feelings of focus induced by Future can help those with attention deficit disorders to concentrate on one thing at a time.

Possible Side Effects of the Future Cannabis Strain

There is not much information available on any side effects associated with Future. However, as always, there are a few potential adverse effects that accompany just about every cannabis strain. These include cottonmouth and dry or red eyes. It’s important to stay hydrated when consuming marijuana to minimize these effects.

The perfect balance between mental and physical effects makes the Future cannabis strain a great option for both sativa and indica lovers.

It’s a wonderfully powerful hybrid whose effects begin quickly and with great energy.

Future offers a stimulating, extremely euphoric high that also features psychedelic aspects and expands the senses. At the same time, the effects are very physically relaxing and induce a floating feeling of lightness.

Future is the perfect choice for those looking for a sensual experience and wanting to get involved in a deep high. It’s suitable for evening relaxation, creative work, and leisure activities.

2
6 min read
Join the discussion
TOC
Premium
Your subscription has ended
If you love cannabis and want to support our site, join WayofLeaf Premium today and unlock
Best of all, part of your membership fee will go towards supporting the fight to legalize cannabis.
Sign Up for WoL Premium
Not now
I already have an account
×
Log in to Your Premium Account