Written by Editorial Team
5 min read
0 comments
Read Later
All information on this website is for general informational purposes only and is not intended or implied to be a substitute for professional medical advice, diagnosis or treatment.
Doug's Varin Strain Overview
Doug’s Varin is a pure sativa strain with some of the highest THCV content around. It’s a fast-acting strain that sends an energizing cerebral stimulation. One of the most unique traits and something that may put Doug’s Varin a cut above thousands of other hybrids is that it's an appetite suppressor. 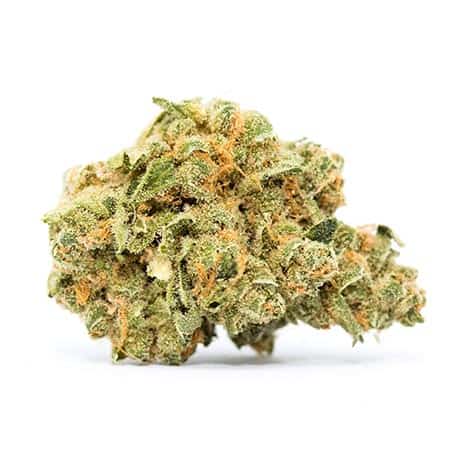 Flavors
Citrus
Earthy
Piney
Sweet
Common usage
Depression
Focus
Muscle spasms
Stress
Effects
Energy
Focus
Uplifting
Growing info
Doug’s Varin is believed to thrive in a warm and dry climate. It can be grown in indoor and outdoor environments but will be easier to manage indoors. The plant flowers in 8 to 9 weeks when grown indoors and produces between 8 to 9 ounces of bud per square meter. BUY SEEDS FOR THIS STRAIN AT OUR #1 RATED ONLINE SEED STORE: HOMEGROWN
THC
19%
CBD
1%
Sativa
100%
Indica
0%

Doug’s Varin is an extremely rare sativa marijuana strain with mysterious origins in California. Due to breeder secrecy, the genetics of this strain are unknown, but what we do know is that it contains high levels of THCV. This cannabinoid gives the Doug’s Varin strain unique traits and leaves users feeling uplifted.

Doug’s Varin is known for inducing an energizing high, and this is due to the high amount of tetrahydrocannabivarin (THCV) found in the strain. Laboratory tests confirm its remarkable ratio of 5:4 THC to THCV. For reference, the THCV in other hybrids makes up less than 2% of all psychoactive compounds.

One of the most unique traits and something that may put Doug’s Varin a cut above thousands of other hybrids is that it’s an appetite suppressor. Most people consider marijuana to be an appetite booster, and let’s face it, most strains are. But this is one strain that could aid in weight loss.

What Is the Doug’s Varin Strain?

Doug’s Varin is a pure sativa strain with some of the highest THCV content around. The strain was discovered unexpectedly by Dougie’s Farm, hence the name. Rumor has it that not even Doug knows its genetic origins since seeds were grown from what he thought was Harlequin.

Although there isn’t a lot known about the origins of this strain, it’s infamous among the cannabis community for its potency. Lab tests report that Doug’s Varin features an average THC level of 19% and THCV levels of 15%. The combination of these two powerful cannabinoids makes this bud a truly memorable smoke.

Known as one of the few hybrids containing high THCV content levels, people sometimes forget that Doug’s Varin is a potent sativa.

It’s a fast-acting strain that sends an energizing cerebral stimulation. Immediately after the onset, you will feel a rush of uplifting creativity that leaves you focused, motivated, and ready to take on anything that comes your way.

It’s described as being as stimulating as a shot of espresso, promoting sensations of wakefulness. After a toke, you will feel clear-headed and rejuvenated, accompanied by a sense of purpose that isn’t overwhelming.

When used in moderation, Doug’s Varin helps users by promoting mental clarity and amplifying their senses. Subsequently, this gives users the ability to lock in on tasks. This makes it the perfect wake-and-bake strain, ideal for daytime use.

To many users, Doug’s Varin’s aroma is like a breath of fresh air. It has an earthy pine scent with hints of citrus. When crushed, the sweet notes become very evident.

Doug’s Varin has a sweet-lemony and pine-like flavor with an earthy herbal taste. Upon the exhale, it leaves a woody aftertaste. That said, the smoke can be a bit harsh, and may cause some users to cough a little.

There is no information on growing Doug’s Varin, but it should be similar to other typical sativa plants. Based on this assumption, it should thrive in a warm and dry climate. Growing it indoors may seem like more effort, but it’s easier to manage the environment. There is also less risk of pests and diseases indoors.

The humidity levels should be monitored regularly. Growers should also top it regularly so it starts to grow more lateral branches. 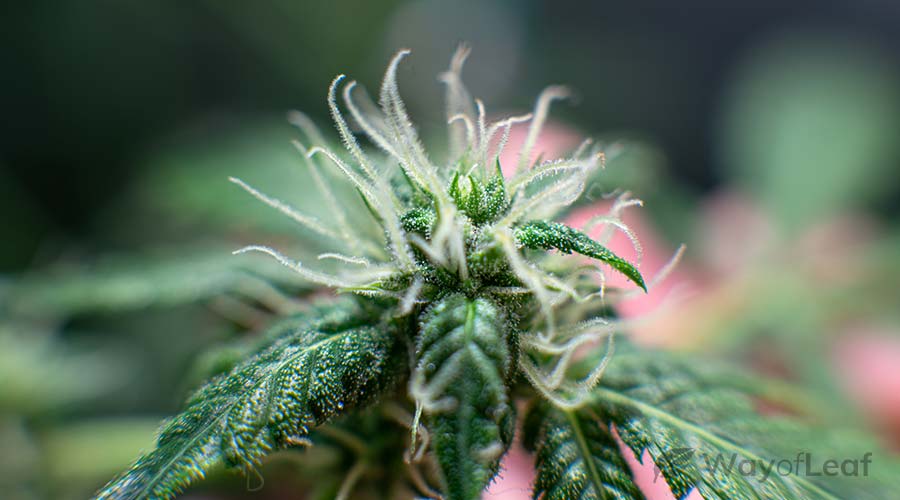 Doug’s Varin is a potent strain and is known for having unusually high levels of THCV at an average of 15%. Most other strains considered to be high in THCV come in at under 2% of the cannabinoid – so that should give you an indication of just how potent this bud is.

Doug’s Varin also features a significant amount of THC, with an average of 19%. But its THC level has tested as high as 24%, meaning the psychoactive effects could quickly overwhelm anyone who underestimates it.

There is no information on the CBD content level when it comes to Doug’s Varin. It seems this strain only contains trace amounts of CBD, not exceeding 1%.

The two main compounds that contribute to the medicinal value of Doug’s Varin are the THC and THCV. Most users should be familiar with THC, but THCV is still a bit of an obscure one. That said, it is a compound that is believed to have immense medicinal potential for a variety of ailments.

Although studies and research are still in its early stages, there is reason to believe that Doug’s Varin can help to relieve tremors and panic attacks. It’s also thought to promote bone health and stimulate the brain. Moreover, as we mentioned earlier, one of the most talked-about uses of this strain is its potential to curb the appetite. For this reason, it’s best to stay away from Doug’s Varin if you suffer from anorexia or appetite loss.

Besides the THCV, the other key compound, THC, also offers significant benefits both directly and indirectly through its psychedelic traits.

The happy high induced by Doug’s Varin makes it an incredible mood-enhancer. As the psychoactive high builds up, a great sense of happiness sets in and quickly soars to euphoric heights. Freed of emotional and psychological burden, this means that Doug’s Varin can be a great strain for managing mood disorders.

Furthermore, it can be used to alleviate accumulated stress. The uplifting effects can also have a positive effect on the attitudes of those dealing with PTSD and depression.

Lastly, Doug’s Varin is a great analgesic, which means that it could also help to relieve aches and pains. This includes muscle tension and cramps. It may also benefit fatigue and nausea.

Possible Side Effects of the Doug’s Varin Strain

Although Doug’s Varin can keep users focused and on-the-go, it may also be debilitating when overindulged. For instance, it may cause the mental buzz to be too intense. It could also lead to visual distortions. These narcotic-like effects don’t harm the users but can prevent users from focusing and completing tasks.

Related article
Sativa Side Effects: Understanding them All

Also, much like many other strains, Doug’s Varin is likely to cause varying degrees of dry eyes and mouth. Some people may also experience momentary dizziness or have a mild headache.

Doug’s Varin is one of the most unique cannabis strains out there. There is a lot of interest surrounding this bud, thanks to its ability to produce high amounts of tetrahydrocannabivarin (THCV). It’s an elusive strain, and trying to find it in dispensaries will be an adventure in itself. But if you’re lucky enough to get your hands on it, then be prepared for an energizing and uplifting high.

Everything you need to know about this frosty strain