Written by Editorial Team
4 min read
0 comments
Diesel Strain Overview
Diesel weed is a sativa-dominant hybrid with a 70/30 Sativa/indica ratio. With a THC level of around 16%, Diesel is quite a hard-hitting strain, but it’s not potent enough to overwhelm experienced smokers. The high is invigorating with an immediate two-hour energy boost. 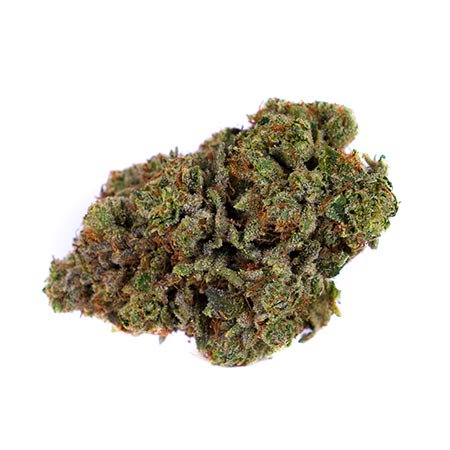 Flavors
Citrus
Diesel
Grapefruit
Sour
Common usage
Anxiety
Depression
Lack of appetite
Effects
Creativity
Energy
Focus
Growing info
Diesel is a quick-growing strain as it only needs a few weeks of vegetation for it to proceed to the flowering phase. It performs well in indoor and outdoor environments but produces much bigger yields when grown outdoors.
THC
16%
CBD
1%
Sativa
70%
Indica
30%

The Diesel line of cannabis has a long history dating back to the beginning of the ‘90s. And no, it wasn’t the result of expert breeding over time. This is a strain that was discovered by chance, in the form of 13 seeds in a bag of what was thought to be sinsemilla. Today, Diesel is one of the most popular strains of the modern age.

The Diesel strain is one of the best selling varieties in the United States and has given rise to many other varieties such as Sour Diesel, NYC Diesel, Jack Diesel, and more. Diesel genetics typically have high levels of THC and powerful, energetic highs. But Diesel isn’t only famous for delivering an incredibly powerful hit. It’s also popular for its uniquely intense and distinctive aroma and flavor.

You can find a wide range of traits in the Diesel family. Most are sativa-dominant, but not all. Today, we will be looking at the strain that is responsible for starting the whole Diesel trend. Find out more in our Diesel marijuana strain review.

What Is the Diesel Marijuana Strain?

Diesel weed is a sativa-dominant hybrid with a 70/30 sativa-indica ratio. It’s well-known to many cannabis smokers out there and has many desirable traits for budding growers, as well as for people whose interests are purely smoking. If we’re honest, you can’t really call yourself a cannabis fan if you are not familiar with what Diesel is all about. 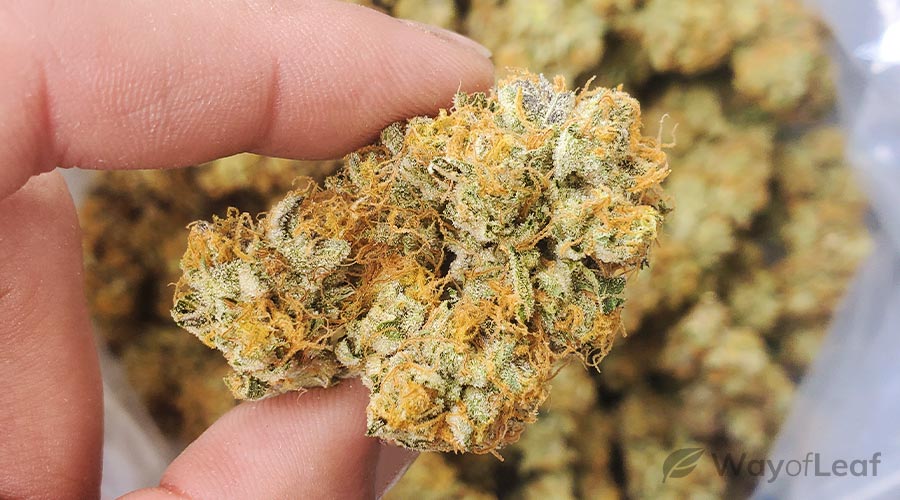 Having lent its genetics and name to more hybrids than any other strain, the original Diesel strain is not as legendary as its offsprings but is a critical part of pot history. Initially, a Mexican sativa was combined with Afghani to create the truly incredible Diesel strain.

Diesel has an international following that lets you know that you’re onto something good.

With a THC level of around 16%, Diesel is quite a hard-hitting strain, but it’s not potent enough to overwhelm experienced smokers. The high is invigorating with an immediate two-hour energy boost. You’ll be bouncing off the walls and coming up with interesting and innovative ideas in no time.

The high is mostly cerebral, so you don’t have to worry about a heavy body feeling. There is pretty much no chance of couchlock. The effects are gentle and bearable, and the creative energy will make you want to do something awesome. Over time, the cerebrally stimulating and euphoric sensation turns into a great feeling of relaxation.

The key characteristic of the Diesel strain is the citrus-diesel aroma and flavor. First, an instant blast of sugary-citrus goodness will hit you. The smell is comparable to sugar-coated Rice Krispies and freshly cut fruits, like citrus and mandarin. When ground up, it smells a lot more like diesel fuel and grapefruit.

The flavor certainly doesn’t disappoint, offering a decent hit of the fruitiness from the aroma, but with more pronounced sourness. When smoking the strain, you will find that it has a grapefruit berry taste during the inhale. Although it can be a bit sour, it’s still very smooth.

Diesel is a relatively big marijuana plant and has an open and branchy, pine-shaped structure. The jagged and elongated leaves feature a beautiful, light-green coloring, and the buds are large, dense, elongated, and resinous.

The Diesel strain can grow both indoors and outdoors. It grows vigorously and does well with moisture and diseases; two important aspects that make this bud a safe bet. In ideal growing conditions, the plants reach up to 3 meters, and if you’ve got the space, this is a surprisingly easy strain to grow.

Indoor plants have a short flowering period of between 60 to 70 days and produce yields of approximately 475g/m². Outdoor plants can get rather tall and are ready to harvest in mid-October. You can expect yields of about 950g/plant.

Despite the ability of this plant to adapt to any type of situation, she is most at ease and reaches her full potential in dry and temperate climates. But, if you’re cultivating indoors, using SOG or SCROG methods is the best way to get the most out of her.

Top tips for a speedy harvest…

Diesel cannabis strains have moderate THC levels of between 12 – 16%. However, some tests have reported THC content levels as high as 19%.

The Diesel CBD content level is reportedly low. It only features trace amounts of the compound, not exceeding 1%.

Medical Benefits of the Diesel Strain

Diesel boasts a powerful hit of euphoric energy that may help you to relieve the anxiety and stresses of the day and can tackle symptoms of depression. This could also give way to a secondary relaxing effect that may help ease away aches and pains, both chronic and acute.

If you’re looking for something to instantly relax the mind and reduce feelings of sadness, Diesel ticks all the right boxes – minus the typical feelings of lethargy and sluggishness that often accompany these types of ailments.

Moreover, Diesel has the potential to stimulate the appetite, which can be useful for those who suffer from eating disorders, like anorexia.

Possible Side Effects of the Diesel Strain

Common side effects from the Diesel strain include red eyes and cottonmouth. Consuming liquids is highly recommended to reduce the sense of dehydration, which causes both of these side effects.

Also, although an increased appetite may be beneficial for some, it’s not good for everyone. So it’s important to keep in mind that you may find yourself rummaging through the pantry with a serious case of the munchies.

Final Thoughts on the Diesel Strain

The Diesel marijuana strain induces a long-lasting cerebral high, promotes creativity, and boosts energy. It’s known for uplifting the mood, improving concentration, and heightening the senses. The strain provides a potent high that is best experienced in the morning or early afternoon. If you use this hearty strain in the evening, you may have some difficulties falling asleep.

When you find a high-quality Diesel strain, it’s difficult to believe it’s anything else.

The strain is known for its superior strength and effectiveness and has paved the way for the creation of several extraordinary varieties to ever hit the market. It’s become equally popular among medical and recreational cannabis communities.

3
8 min read
Join the discussion
TOC
Premium
Your subscription has ended
If you love cannabis and appreciate our content, join WayofLeaf Premium today and receive:
Best of all, part of your membership fee will go towards helping to legalize cannabis.
Go Wayofleaf Premium
No thanks, I can't afford it
I already have an account
×
Login in to your premium account