Written by Editorial Team
7 min read
4 comments
Video
Read Later
All information on this website is for general informational purposes only and is not intended or implied to be a substitute for professional medical advice, diagnosis or treatment.
Death Star Strain Overview
The Death Star strain is a blend between the Sour Diesel and Sensei Star strains. It has great calming and relaxing properties, so it’s the perfect strain to end a busy week. Death Star also has an interesting flavor profile with notes of citrus, diesel, skunk, and earth, and oddly enough, is still sweet to the palate. A must try if you love interesting and herbal flavors. 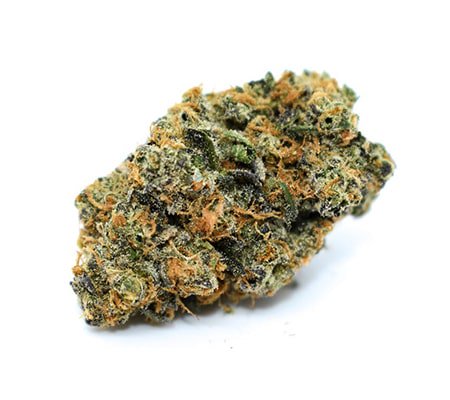 Originating in its native Ohio, Death Star marijuana strain has a name that is not only fitting, but also incredibly exemplary of its pungent, potent effects and spacing-out tendencies. Beginning its roots of popularity gain in 2004, Death Star has since reached stardom, making its reach all the way to space and even the galaxies far, far beyond.

Star Wars fans especially have taken an immense liking to this cannabis strain, not only because of its representative name, but also because they genuinely adore the way this crop makes them feel. A quintessential chill and watch Star Wars type strain, Death Star will allow you to relax and unwind, making it perfect if you feel like binging on these classic films once again, this time gaining a brand new perspective with the help of this marijuana.

What Is Death Star?:

Rated as an indica dominant strain with 75% indica and 25% sativa genetics, Death Star was created through the profound genetic crossing of two heavy hitters; Sour Diesel sativa and Sensi Star indica blended into one, and out popped an out-of-this-world marijuana type.

Death Star lets its consumer not only unwind, but keep a relaxed and joyous mental state, making it ideal for going back to watching the classic Star Wars films, or just for letting lose a little. In many ways, for the stoner Star Wars fans, Death Star is somewhat of a collector’s item, becoming part of the basic memorabilia collection for many lovers of the classic films that also enjoy partaking in a little 420.

The THC content of Death Star greatly overpowers many other popular marijuana strains, ranking in at 18-27% in conducted lab results. Although the CBD is not particularly memorable, it still reaches about 1%, meaning that this marijuana strain provides a little extra medicinal quality than many others.

The aroma, flavor and appearance of Death Star are all exactly a blend between its two genetic origins; Sour Diesel and Sensi Star. Smelling pungent and extremely aromatic, Death Star will linger in whatever room or space it was opened up in for hours after the bud itself has left. For this reason, it is not an easy marijuana strain to be sneaky with if you are trying to avoid having anyone find out that you are smoking and toking.

The scent of DS is earthy and skunky, with diesel and sweet undertones, making for an intriguing and alien-like combination, just like something you’ve never experienced before. The flavor is equally as interesting, very much acting as a parallel universe to its aroma, with almost the same profile, just with the slight twist of creaminess and citrus, which leaks and dissolves into the skunky, pungent and earthy diesel, producing a lingering taste that feels sweet upon the tongue, even long after the smoke has left. The smoke gently fills up the mouth and lungs, softly impacted them with its diverse array of tastes, producing little coughing or irritation.

Appearance-wise, Death Star looks galactic, often containing purple hints of color, predominantly towards the stem and base of the buds. The crops themselves grow rather short, typical of an indica marijuana strain, and the sugar leaves are a lively green in color, blended with splashes of brassy orange pistils, those tiny hairs that curl and twist between the smokeable parts.

The buds are almost always densely coated with frosty trichome crystals, an ideal sign if you are looking for a smoke that is not only potent, but also will produce long lasting effects. The frostiness of Death Star is similar in appearance to the very first frost of the year, when the ground just begins to sparkle and glimmer underneath the light. 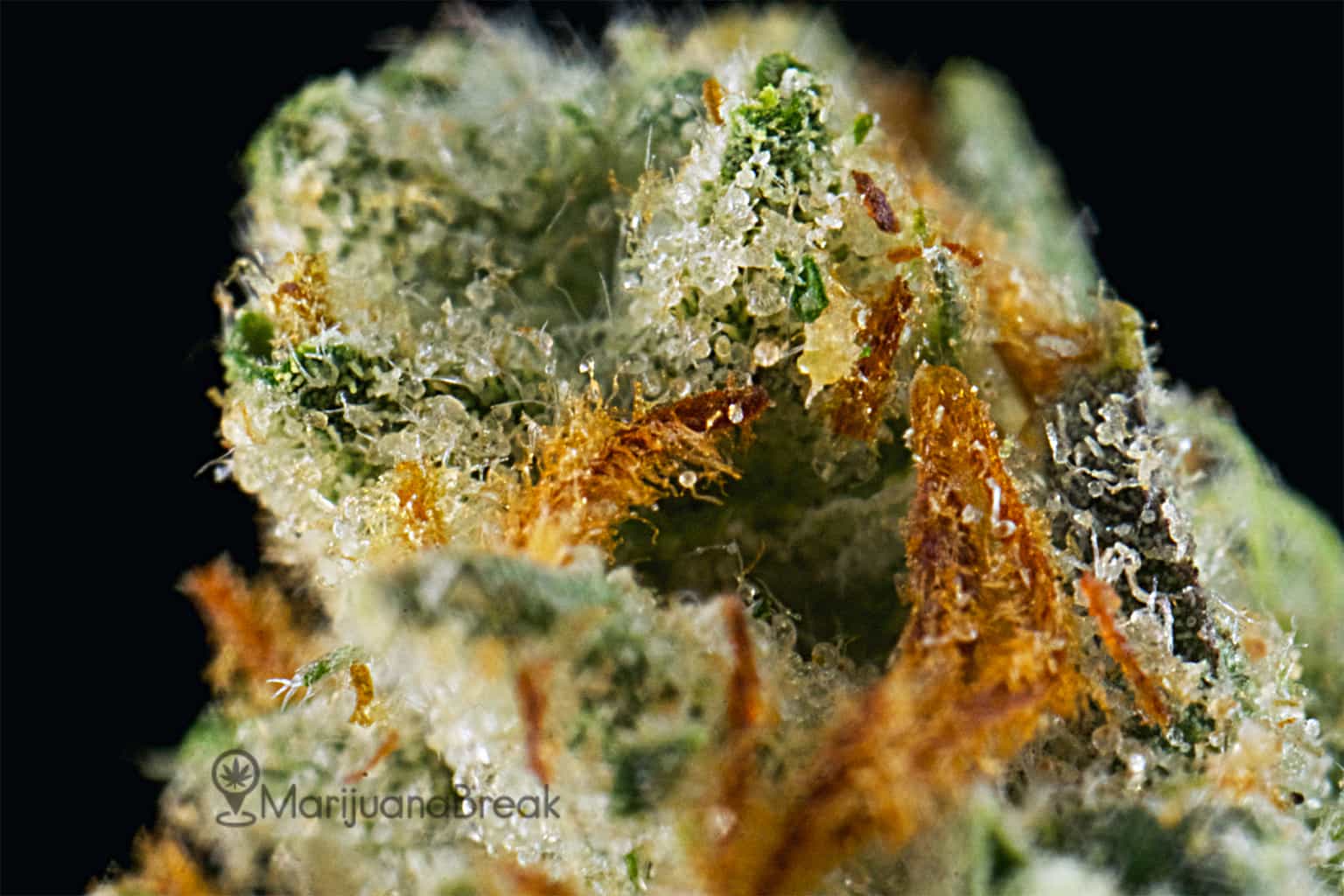 One feature of Death Star that makes it especially well-respected throughout the world of cannabis, is its ease of growing. Cultivators rejoice because not only does potent and delicious weed result out of a successful grow, but it also requires less effort than many other cannabis strains. This is primarily as the result of Death Star’s extremely high resistance to most common diseases, molds and mildews.

Additionally, pests and parasites despise Death Star for whatever reason; it may be due to its diesel scent which is not so attractive to them. This indica dominant crop can thrive and flourish successfully in both indoors and outdoors growth settings, but either way its conditions should be closely monitored. Outdoors, this marijuana strain prefers a sunny environment that still provides a bit of shade so it can be protected but not completely blocked from the heat and excess light.

The crop itself grows very short, so it will not be difficult to find a little extra space for it to expand in. For this reason, it also has a fairly short growth cycle, with a flowering period that falls around 8-9 weeks, which means that outdoor harvest will be in early to mid October. Indoors, hydroponics and soil growth methods have both proven to be particularly successful and suitable for Death Star, but monitoring light levels, humidity levels and exposure to some higher temperatures is vital for the best possible final result.

Harvest yield sizes are moderate in amount, with successful indoors grows producing on average 14 ounces of bud per squared meter, while outdoor yields are a bit smaller at 12 ounces per plant. All in all, for a cannabis cultivator desiring an easy to grow cannabis strain with reasonable yields and potently pleasant effects, Death Star is a quintessential indica candidate.

The effects of Death Star tend to creep on slowly, making the build up to the brilliant high somewhat suspenseful, but once it does hit you, you certainly will not be disappointed. Expect overwhelming sensations of relaxation, calmness and euphoria, that not only ease the mind but equally the body and soul. Death Star might not be able to destroy your enemies like in the movies, but it certainly can eliminate any unpleasant moods or emotions, replacing them with exuberant happiness and joy.

This marijuana strain is especially potent, so very little can go a long way. For this exact reason, new or inexperienced smokers should utilize caution when confronting Death Star head on, for its effects could be a bit too overwhelming. If you are just beginning with cannabis use, the best way to approach your consumption is by trying out a small amount, witnessing how it affects your mind and body, and then increasing the dose from there if you decide it is necessary or desired.

Death Star will leave your body buzzing, possibly inducing sleepiness and couch-lock, so be ready to feel locked down once you’ve got this crop into your system. For this exact reason, it is best to save this marijuana strain for nighttime and evening use, when you have nothing left to get done and all the free time in the world. 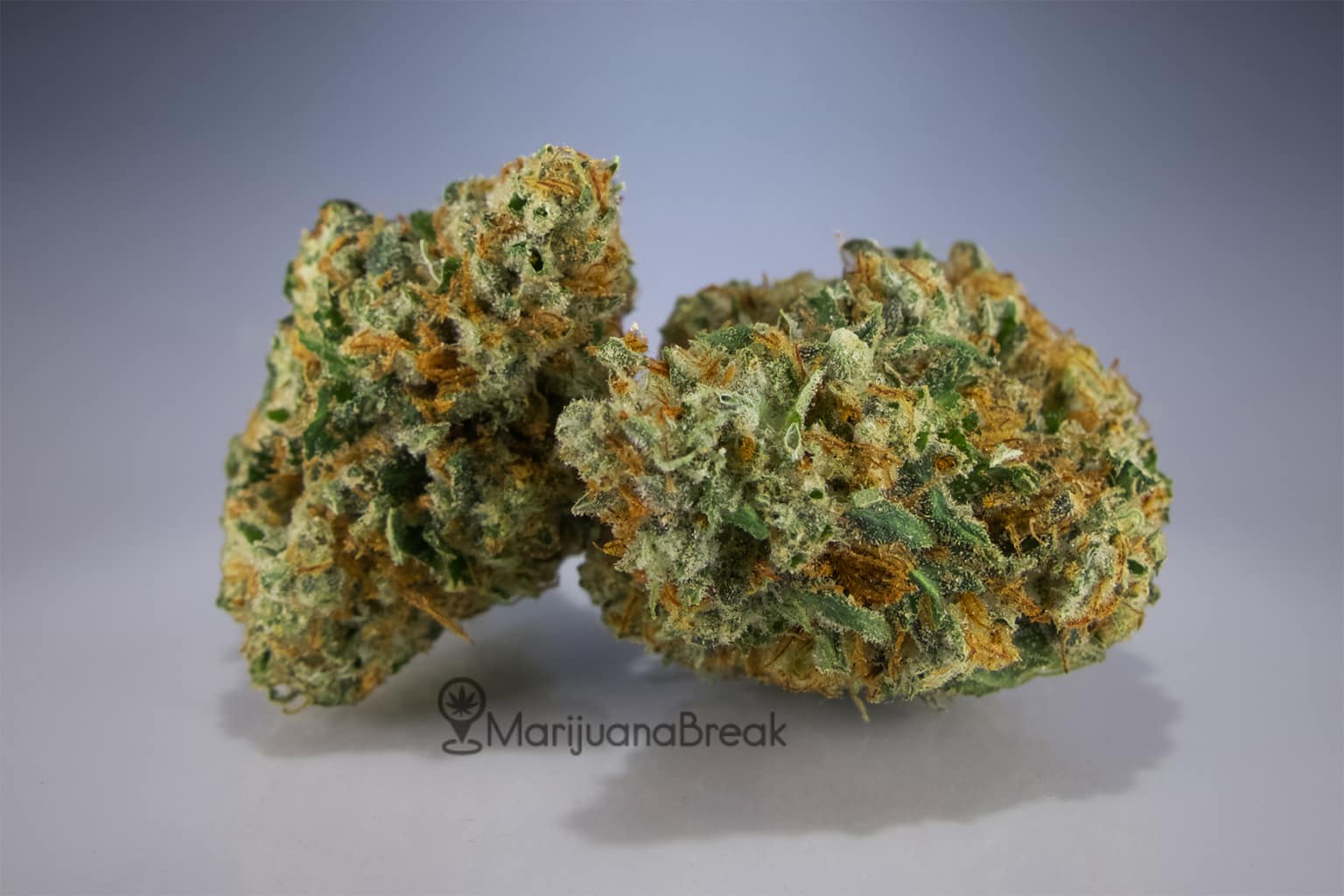 Death Star has many various uses throughout the medical cannabis world, in part why it has grown exponentially in popularity, predominantly within the past 12 years. It acts profoundly at counteracting some of the symptoms from mental and mood disorders, including anxiety, bipolar and even clinical depression.

Furthermore, it is capable of relieving stress, at both the chronic and nonchronic levels, plus it can soothe insomnia and help the patient fall asleep quicker and receive a better night’s rest. Nausea and lack of appetite seem to discover relief with the help of Death Star, with some patients even reporting that it has helped combat their anorexia or another eating disorder.

Within the body, Death Star possesses a profound ability to numb down aches and pains, which is why discomforts arise as a result of chronic pain, arthritis and joint pain, headaches and migraines and muscle cramping seem to all melt away. For physical conditions, larger doses of Death Star may be in order, so an alternative method to smoking could become helpful.

It is possible to discover edibles, concentrates and tincture forms of this indica dominant marijuana strain, but not all dispensaries will carry it, so call ahead before expecting Death Star alternatives to be in stock. Your budtender will be able to help you find an option that is most suitable for your needs.

Mental conditions can benefit from small to moderate doses of Death Star, but it is vital not to over-do the consumption because it could increase paranoia and anxiety due to its hefty THC content. This is the typical result of over-consuming most THC heavy strains, particularly if you are a sensitive individual.

Death Star is tied with minimal adverse effects, a positive aspect for those who are typically prone to the negative side effects of cannabis consumption. Primarily, the usual negative side effects from marijuana are present, which includes dry eyes, dehydration and dry mouth/cotton mouth. By making sure to consume plenty of water before, during and after the initial consumption, you can avoid some of the unpleasant discomforts that arise as a result of dehydration or cotton mouth.

Additionally, staying hydrated lessens any of the possible risk for headaches and grogginess the following day. Death Star does cause couch-lock sometimes, so keep a bottle of hydrating fluids close by, that way if you are feeling lazy, you won’t have any excuses not to keep drinking.

By purchasing a bottle of moisturizing eyedrops before your smoking or consumption of this cannabis, you can avoid the pain of dry eyes. These drops are inexpensive and last a long while. They can be purchased conveniently from your local drugstore or pharmacy, and should be a prominent addition to your marijuana survival kit.

If you are an individual searching for an herbal alternative to conventional medications in managing nausea, lack of appetite, anorexia, anxiety, depression, chronic stress, chronic pain, insomnia, muscle cramping, arthritis, joint pain, headaches and migraines, then the marijuana strain Death Star may be an ideal place for you to start your search.

We hope you found this article to not only be entertaining, but also educational and informative. It is important to remember that the consumption of cannabis is the sole responsibility of the user, and discretion should always be taken.

All about this body-melting bud

All about this pungent strain