Written by Editorial Team
5 min read
3 comments
Read Later
All information on this website is for general informational purposes only and is not intended or implied to be a substitute for professional medical advice, diagnosis or treatment.
Critical Mass Strain Overview
Critical Mass is an indica-dominant hybrid strain that is the result of crossing the Afghani and Skunk #1 strains. It offers an intensely sedating high that is usually best for evening to nighttime use, so be warned. In terms of flavor, Critical Mass has a sweet piney taste, with an overall earthiness underneath to bring it all together. Great for those who love herbal tasting buds. 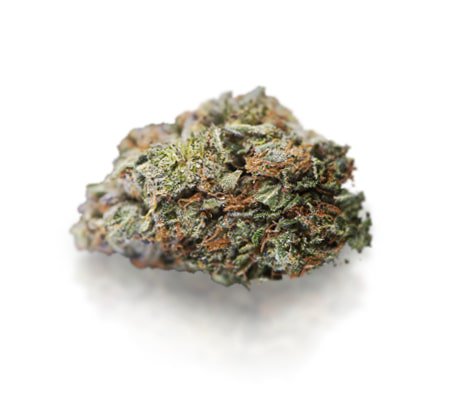 Today, we’re investigating one of the most popular products in Mr. Nice’s menagerie, Critical Mass. This breeder has won a variety of awards from the High Times Cannabis Cup with strains like White Widow and Great White Shark. Therefore, it’s no surprise that this strain is so popular.

Famous for its huge sedative power, it has several medicinal benefits because of its high THC levels. Recreational users also love it because of its ability to transcend the smoker into the ultimate relaxed state. However, it seems to have minimal psychoactive effect, which is ideal for those looking to completely unwind after a long day.

Most people believe Critical Mass to be a descendant of the acclaimed strain Big Bud. It produces similar effects but the intention was to create an amplified and more pleasurable high. The breeders also adapted the new strain to produce a higher yield, making it an attractive choice for growers. Critical Mass continually gains global popularity and its easy to see why.

What Is the Critical Mass Cannabis Strain

Critical Mass is a blend between two classic strains, Afghani indica and Skunk #1. This hybrid is reminiscent of the rich highs of Skunk#1 a strain renowned for its quality genetics. It inherits the alluring scent and the strong medicinal benefits of Afghani, resulting from a high level of THC.

Critical Mass is indica-dominant, with the percentages falling at 80% indica and 20% sativa. Its commonly known for its commanding sedative quality and while its THC levels average at 20%, the strain is known to have reached peaks of 23%. Some describe its relaxant effect as equally potent to that of OG Kush.

The strain also has a relatively high CBD level and because of this combination, it’s often a great medicinal choice for sufferers of pain and insomnia. Considering the exalted reputation of both its parents, it’s no surprise that Critical Mass provides some very attractive qualities for buyers.

The plant itself grows from about 32 inches to 80 inches tall and is a medium size cannabis stain. It produces green buds which are both dense and heavy. However, its main physical appeal comes from the buds crowded frosty resins and tiny, orange hairs. 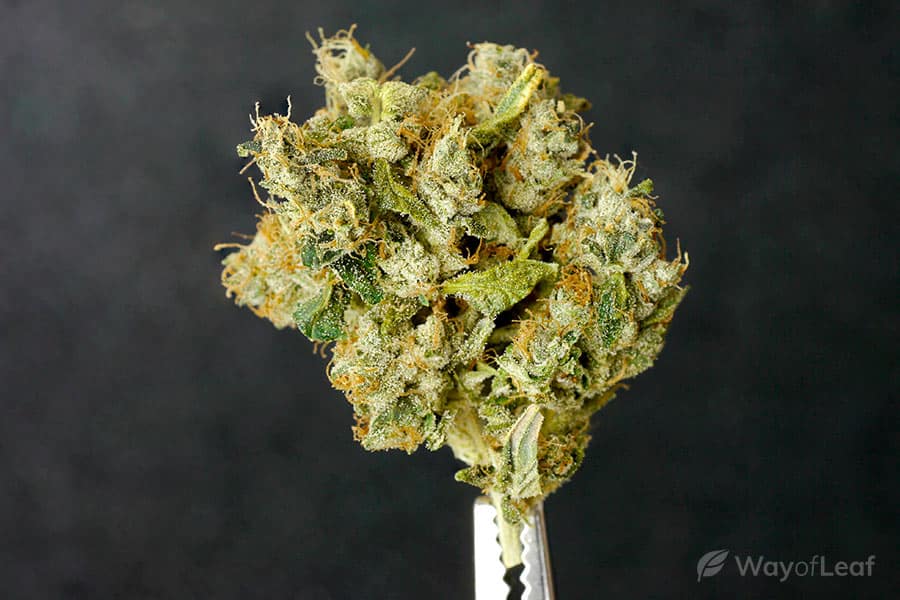 Interestingly the plant’s name originates from the large size of the buds, as they are known to reach a ‘critical mass’ and snap off under their own weight.

The buds have a very pungent aroma when growing, although their smell is relatively mild when smoking.

Critical Mass has a complex variant of flavor that contrasts between sweet and earthy. This unusual combination has strong appeal, with users enjoying the scent the best when it burns. Its earthy tones originate from blends of pine and oak wood, which it inherited from Skunk#1.

Its sweet scent has been likened to honeydew with undertones of citrus. The smell isn’t miles away from your average earthy strain. However, it smells like heaven when compared to strains such as M-39.

Thankfully, Critical Mass’ breeders developed it specifically to make it easier for you to grow. This is why it has a lot of appeal to first-time growers.

It has the benefit of flowering as early as 8 weeks if you treat it well and should be ready to harvest by mid-September. Luckily the strain is very good at protecting itself against disease and damage. In fact, it is very resilient against bugs such as spiders and mites, which can create a lot of problems for other strains.

One major obstacle of growing this plant, is its weakness to fungal infections. Its large, dense buds mean that it retains a lot of moisture, which can make it vulnerable to rot and mold. However, you can use preventative measures to keep your crop safe. Keeping moisture at a minimum will lead to a much healthier plant. This is most evident from its success in the Spanish market. Spain’s dry and warm climate is perfect for this strain to thrive and consequently, it has dominated the strain scene.

Because of this, many believe Arizona’s climate would produce the greatest quality and quantity of this strain, as it has similar weather patterns. The benefit of growing indoors is that you have greater control of the variables and can re-create the ideal weather conditions as best as possible. It’s also evident from the large buds Critical Mass produces and how quickly they grow, that you should support the stems adequately to prevent them from snapping.

Critical Mass has an average THC content of 20%. However, some samples could contain as much as 23% THC.

Critical Mass contains very little in the way of CBD. However, it is possible to find CBD Critical Mass phenotypes, which contain between 5% and 10% of this cannabinoid.

The most prominent effect of Critical Mass is the intense sedation that can last for a couple of hours. Often it’s so effective in the first hour that many people find the most they can do is stare vacantly in a trance-like state. However, it often lessens after the initial burst. Because of this, experts usually recommend it for night-time use in a safe environment.

Heavy handling and labor-intensive tasks are not advisable. Many people also notice a mood boost and tend to feel both happier and more relaxed. This strain can also cause a severe case of the munchies. Therefore, it’s advisable to keep some healthy snacks around to avoid the frustration of hunger.

As we mentioned above, Critical Mass is a very strong relaxant which makes it particularly useful for sleep disorders like insomnia. If using it for this purpose, a higher dosage is normally best. However, this dosage could cause the user to go to sleep straight away rather than experience the high.

Critical Mass has a lot of medicinal benefits, depending on the disorder or ailment you are suffering from.

It can also be a good choice for those suffering from anxiety or some types of depression because of its calming qualities. If you are looking to treat a variety of mental issues, it is best to be safe and start with a small dosage. Or even better, seek out someone familiar with your condition, so that they can best advise you.

The high THC levels also affect pain management as it has anti-inflammatory properties. This can help for a variety of issues such as migraines, muscle spasms, and arthritis, all of which can be particularly tricky to treat.

You can encounter some common side effects while experiencing the Critical Mass strain. These include dry eyes and mouth, which is typical considering it’s 80% indica. The best way to combat this irritation is to stay hydrated. This will increase moisture to the eyes and mouth, making them less irritated. You can also invest in some precautions like eye drops, which you can easily find at any drug store for a good price.

Because the stain produces strong bodily effects, you may also feel drowsy or dizzy in the first few hours of use. If you do experience this effect, make sure you move slowly and rest. Resist other substances that may worsen nausea such as coffee, cigarettes, and alcohol. Meanwhile, drink plenty of fluids. It’s also important to try and stay as relaxed as possible as feeling dizzy can sometimes produce anxiety and worry.

When using Critical Mass for medicinal effects, stick strictly to the recommended dosage in order to diminish any negative side effects.

Critical Mass is clearly a great strain. Mr. Nice adapted it to produce high quantities and have extra resistance, meaning it’s a useful strain for new growers to try. It has two powerful parents, which have given it huge sedative benefits from its high levels of THC. This not only gives it great medical distinction but a unique and intensive high, that many people across the globe enjoy.

Judging by its immense popularity in Europe, most notably Spain, this strain is approved and here to stay. It is important to remember that the consumption of cannabis is the sole responsibility of the user and discretion should be taken.

All about this energizing strain