Written by Editorial Team
3 min read
0 comments
Read Later
All information on this website is for general informational purposes only and is not intended or implied to be a substitute for professional medical advice, diagnosis or treatment.
Citral Strain Overview
The Citral strain offers a sweet citrus fruit flavor and is enjoyed by MMJ patients seeking relief from chronic pain. It is a tricky strain to cultivate but is worth the extra effort. 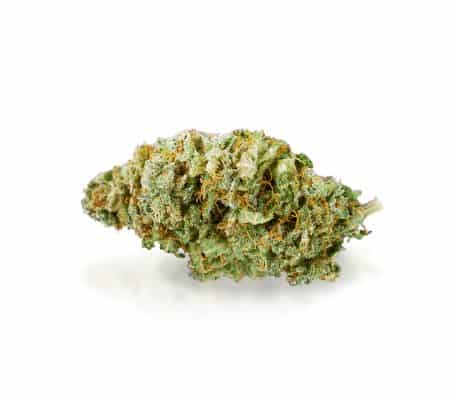 It is becoming increasingly common to see certain strains become extremely popular and spawn offshoots of cannabis with a similar genetic mix. The Citral strain seems to fall into this category, as there are also Citral Flo and Citral Skunk options. Relative novices might not notice a huge difference between them, but experienced users probably will.

What Is the Citral Strain?

There is a lot of mystery surrounding the origins of this indica-dominant hybrid. The most popular suggestion is that Nirvana Seeds bred Citral from a cross of Hindu Kush and an unknown landrace. This makes sense because the landrace apparently comes from a village called Chitral, which is located near the Hindu Kush mountains.

Another suggestion is that Citral is a cross between Super Skunk and Pakistani. Disputed lineage or not, this is a popular strain that won second place for best Hydro at the 2004 Highlife Cup.

Even though it is mainly indica, Citral can provide a nice cerebral high soon after use.

Even though it is mainly indica, Citral can provide a nice cerebral high soon after use. The energetic onset can significantly improve your mood. However, don’t be lured into a false sense of security. Eventually, the body high takes hold and is capable of numbing your entire body. Users report becoming completely immobile for several hours and being delighted throughout!

The Citral strain produces extremely fresh smelling buds. It has one of the sweetest aromas around. Grinding the buds helps to release a flowery scent that lingers in the air. Once you ignite the flower, the sweetness returns and is joined by earthy notes.

A sweet and energizing hybrid…

You should immediately notice the citrus flavor, which comes with fruity hash hints. The combination of herbal and floral notes is extremely pleasant and titillates the palate. The sweetness can take a little getting used to. However, you’ll eventually grow to appreciate it and the subtlety of the herbal flavor. It is a crisp and clean smoke that shouldn’t cause a coughing fit.

One of the standout features of the Citral strain is the large covering of trichomes. These give users the impression that it is even more potent than it is in reality. The buds have a grassy green color, which enables the brown pistils to stand out more. You may need to invest in a grinder because Citral’s buds are difficult to break up.

Like most cannabis strains, you can cultivate Citral indoors or outdoors. However, the latter option requires a very specific climate. It doesn’t fare particularly well in climates outside the typical humidity and temperature. Citral seeds and clones are easily available online. Outdoor grown Citral is ready for harvest in late September. 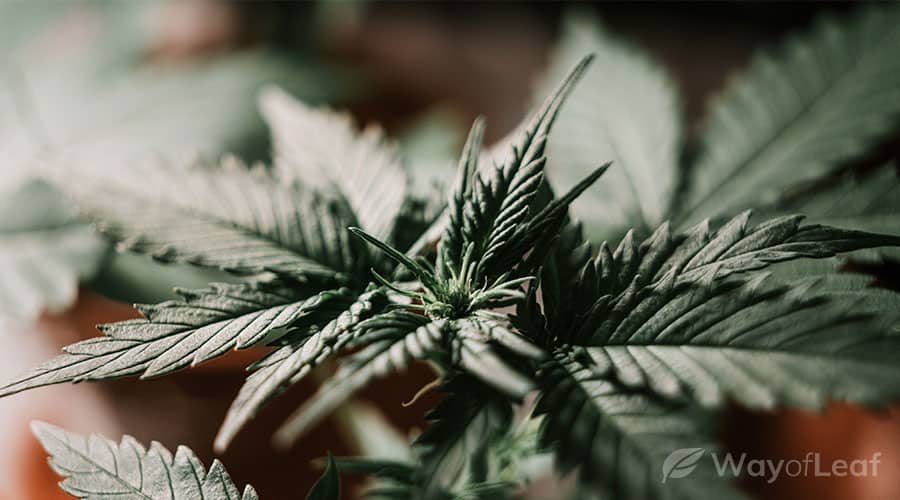 When grown indoors, Citral’s flowering time is around eight weeks. It can produce a yield of up to 18 ounces per square meter planted. Another reason it is such a great indoor strain is that it only grows to around two feet tall. Once you find the right climate, there isn’t much need to perform a great deal of maintenance.

In general, Citral’s THC content ranges between 15% and 20%, although some tests claim to show 25%+.

Citral contains a minimal CBD content of less than 1%.

Medical Benefits of the Citral Strain

Despite the low level of THC, Citral remains a popular MMJ strain. It is potent enough to potentially help manage chronic pain. The initial high could keep your mind off the pain. Once the body high takes over, you may no longer notice the aches that cause you so many problems. Some MMJ patients say this strain helps increase their appetite.

The most effective cannabis st…

The initial uplift one feels means Citral has potential for individuals with stress, anxiety, or depression. It is wise to use this strain in the evening because of its sedative qualities. The numbing of the body relaxes you to the extent that sleep is almost inevitable.

Possible Side Effects of the Citral Strain

Minor adverse effects such as cottonmouth and dry eyes can hit almost any user regardless of the strain. Citral is no different in that regard. However, you can mitigate these issues by hydrating before use.

The relatively high THC content means that Citral could, on occasion, cause anxiety or paranoia.

Final Thoughts on the Citral Strain

While Citral’s genetic makeup isn’t set in stone, most users will tell you that its effects are predictably pleasant! It is primarily a strain for the evening as it causes sedation, couch lock, and, eventually, sleep. You can try it to help with chronic pain, depression, or stress.

While Citral’s genetic makeup isn’t set in stone, most users will tell you that its effects are predictably pleasant!

It isn’t a demanding strain, which is great news if you’re a novice. However, it probably isn’t suitable as a first-time grow indoors. This is because you need to keep the humidity and temperature at a specific level.

3
4 min read
Video
Join The Discussion
TOC
Premium
Your subscription has ended
If you love cannabis and want to support our site, join WayofLeaf Premium today and unlock
Best of all, part of your membership fee will go towards supporting the fight to legalize cannabis.
Sign Up for WoL Premium
Not now
I already have an account
×
Log in to Your Premium Account