Written by John Killerlane, B.A., HDip
6 min read
0 comments
Read Later
All information on this website is for general informational purposes only and is not intended or implied to be a substitute for professional medical advice, diagnosis or treatment.
China Yunnan Strain Overview
While China Yunnan's lineage and genetics may be a secret kept by its breeders, this mysterious bud's effects sure aren't. Super relaxing and calming, China Yunnan is excellent for those who want to unwind, making it perfect for evening to nighttime use. 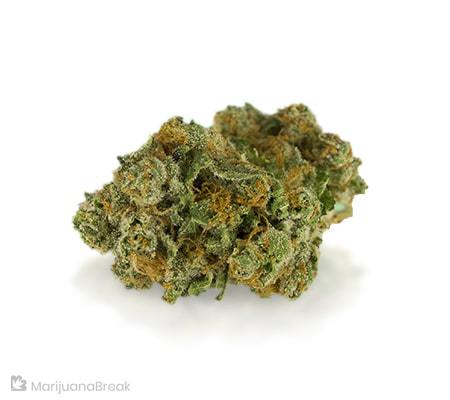 Cannabis use in Ancient China has a rich and diverse history. Likewise, so does hemp, which has long been grown for its wide range of uses. Experts believe that hemp seeds were being consumed for nutrition in Ancient China as far back as 6000 BC.

With such a longstanding tie to the cannabis plant, it seems fitting that modern-day breeders should return to where cannabis was first used.

Well, that’s precisely what cannabis breeders Ace Seeds have done. They traveled to the Southwestern Chinese province of Yunnan to work with the best South Asian sativa and indica landrace strains they could find. While there, they developed a new strain, which they respectfully and appropriately named after its place of origin.

Read on to learn more about the China Yunnan strain.

What Is the China Yunnan Strain?

The exact lineage of the China Yunnan strain has reportedly been deliberately kept secret by Ace Seeds. This secrecy adds an air of mystery and intrigue to this already exciting and exotic strain.

In terms of its potency, China Yunnan’s THC level tends to range between 15%-19%, which most should find tolerable.

While China Yunnan’s effects are overwhelmingly indica in their latter stages, its initial effects are typically sativa in nature. Its high is euphoric and uplifting, without being too overpowering. 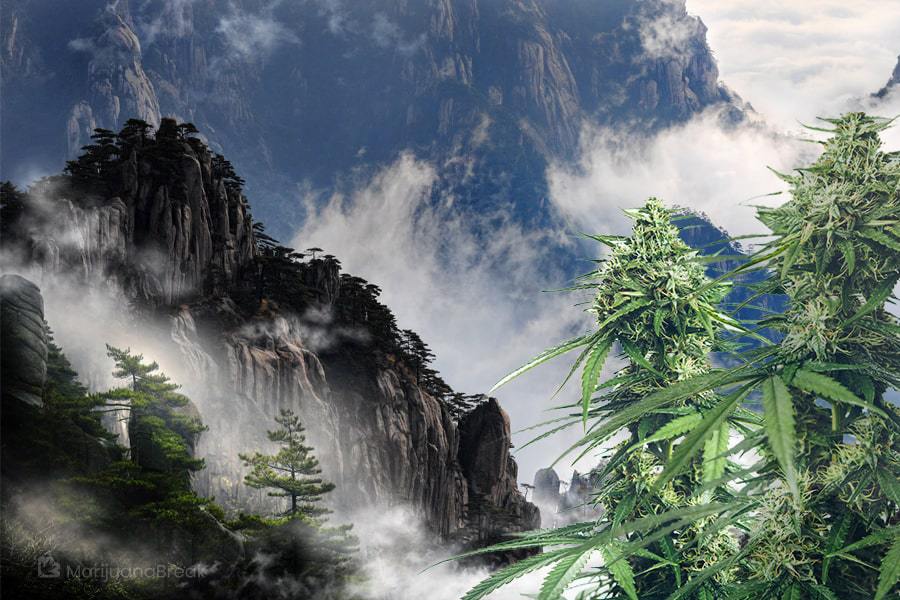 Some China Yunnan consumers say that this strain causes heightened sensory awareness, particularly to visual stimuli. However, these psychedelic-type effects are likely to be pretty mild. Still, it is essential to know that you might experience these effects before consuming this strain.

As its sativa effects begin to wear off, China Yunnan’s indica effects come more to the fore. A feeling of deep relaxation and calmness washes over you as this strain’s indica effects take hold. In this deeply relaxed state, any aches or pains that may have been bothering you seem to fade away.

As time passes, you will start to feel drowsy and find it hard to keep your eyes open. Pretty soon afterward, you’ll likely drift off into a peaceful and restful night’s sleep. The nature of China Yunnan’s effects makes this strain much more suitable for evening rather than daytime use.

We ask you, is there a better way for a cannabis lover to relax and unwind after a long and busy day?

The China Yunnan strain has inherited the sweet and woody aromas of the sativa plants of South Asia. It also has a distinctive smell similar to cheese and contains some mild, fruity notes.

Taste-wise, China Yunnan’s cheesy and earthy flavors are more prominent on the inhale. You can taste this strain’s fruitier flavors on the exhale.

China Yunnan’s buds are dark green, and they are heavily coated in a generous layer of resinous trichomes. This plant also has beautiful purplish hues and long, thin, orange-colored pistils.

While a China Yunnan plant can be grown indoors or outdoors, it is better suited to an indoor grow room. This way, you can carefully control the temperature that your plants are exposed to.

How to Perform Low-Stress Training

The three-finger technique is best for performing LST. First, place your index and middle finger on the plant’s stem about an inch from the top.

With your thumb behind the stem, gently ease the plant’s stem over your thumb using your two fingers. Continue to work your way down the stem until the plant is bent over to one side.

Try to keep the plant’s leaves out of the soil as it can be harmful to them. To keep the stems bent over, use some string or a thin cable as an anchor. Wrap around the top of the plant’s stem and tie it to the side of the air pot to keep it secure.

By using the three-finger technique, you are less likely to damage the plant’s stem. Your China Yunnan plant should respond to the LST by growing up towards the light from its bent-over position.

Over the next few days, you will start to see the newly formed node growth. As the plant grows during the vegetative stage, bend the new growths away from the plant’s center and the light.

It is essential only to perform LST every second day at most. You should allow the plant to rest for at least 24 hours after performing LST so that it can recover and produce new nodes.

How to do it the right way…

The indoor flowering period for a China Yunnan plant is between eight to nine weeks when you grow it indoors. Outdoors, it will be ready for harvesting around late September or early October.

The highest THC level in a China Yunnan sample is around 19%. Most experienced cannabis consumers should find this THC level to be pretty manageable.

The highest CBD level recorded in a China Yunnan sample was 3%.

With a generous CBD level, you can see why this strain is so popular with medicinal marijuana consumers. However, its purported medical benefits aren’t limited solely to its CBD content.

Many medicinal marijuana users say that China Yunnan is also beneficial for pain relief. Its indica genetics instill a deep body-melt feeling, during which users say that pain fades away. Some of the painful conditions that the China Yunnan strain may relieve include chronic arthritis, muscular pain, and headaches.

Conditions that the China Yunnan strain may relieve include chronic arthritis, muscular pain, and headaches.

And it’s not just pain that this strain could help. China Yunnan is also becoming increasingly popular with cannabis consumers with insomnia due to its soporific effects.

However, if you intend to use China Yunnan for insomnia, be mindful that its initial effects are sativa in nature. Therefore, it is advisable to consume this strain a few hours before you plan on retiring for the night. Doing so will give time for China Yunnan’s initial high to dissipate.

Also, by allowing enough time to pass before trying to go to sleep, you give China Yunnan’s indica effects time to take hold fully. When these soporific effects have you entirely in their grasp, you’ll likely drift off into a peaceful night’s sleep.

Possible Side Effects of the China Yunnan Strain

The most common side effects associated with the China Yunnan strain are cottonmouth and dry eyes. However, as already mentioned, you may also experience heightened sensory perception.

These psychedelic-type effects may be a little bit disturbing for a novice cannabis consumer. However, more experienced cannabis lovers will probably find these effects more stimulating than overwhelming.

We think that you will agree that Ace Seeds’ trip to China’s Yunnan Province was worth it. The strain that they developed there is an outstanding one that both recreational and medicinal consumers will enjoy.

While China Yunnan’s genetics are predominantly indica, its sativa effects are conspicuous in its early effects. China Yunnan’s initial high is euphoric and uplifting but not overwhelming. Please also note that some users say that they experienced heightened sensory perception after consuming this strain. It is essential to be aware of this before consuming this strain.