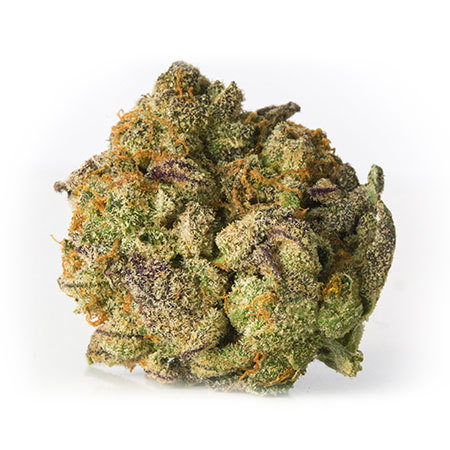 The Cherry OG strain is a cross between two potent mixed strains – Lost Coast OG and Cherry Thai. While these aren’t landraces per se, they are imbued with some potent qualities they’ve passed on to Cherry OG. Users should expect not only an intense high but a cerebral one. It’s a strain that is as uplifting as it is powerful. Anyone with sensitivities to THC should toke low and slow.

Cherry OG has an arrangement that is complex and pleasing. It contains some floral and cherry bits, two elements that have certainly informed its name. While it is known for its aroma and full-bodied, fruity taste, some may not know that it’s perfect for relaxing after a hard day.

What is the Cherry OG Strain?

Cherry OG weed is a strain that is the perfect blend of a few notable cannabis varieties. While it isn’t a pure strain, this may be good for a few reasons. Its complex parentage reads like the who’s who of the cannabis world.

Its pedigree includes Cherry Thai crossed with the indica Afghani. The resulting offspring were crossed once more with Lost Coast OG. Lost Coast OG is an indica-leaning strain with a heavy dose, however, of sativa, with a percentage of about 60/40. 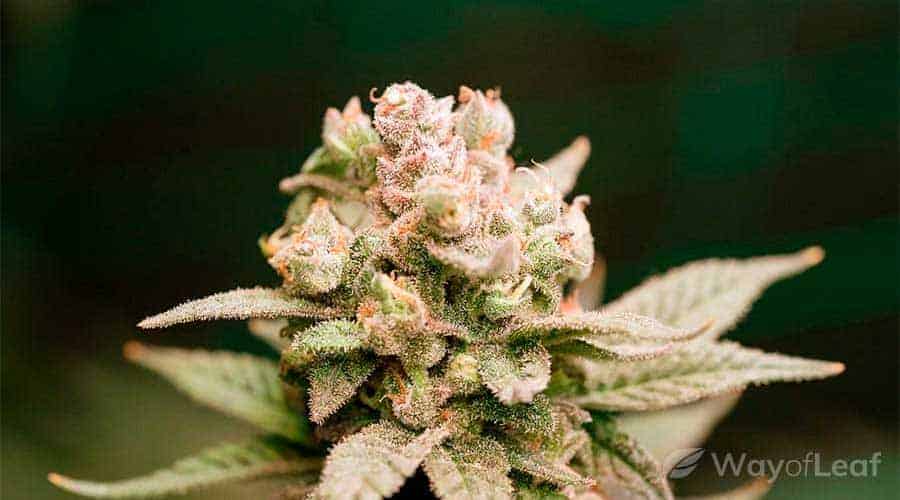 However, Cherry OG strain is more than just the sum of its parts. It blazes its own path and has a nice, full-bodied kick. This strain proves that it’s tough enough to lend a high that’s edgy and sublime. However, don’t let this be a turn-off. While the high is supercharged, it isn’t harsh. Instead, it is smooth enough to feature a gentle, mellow let down with an energizing rush that’s slightly dichotomous.

That is to say, Cherry OG is the perfect unity of opposites. It’s buzzy without being too soft and yet still calming and relaxing. If you’ve got things to do, but want to wind down just a bit, this may be your go-to. You’ll experience a lofty euphoria but without the mind-muddling effects of some other strains. Your creativity will be in overdrive, and your focus will be crisp and sharp.

Cherry OG was the creation of Emerald Triangle Seeds. It boasts a potent THC level that averages around 22%. Despite its THC-heavy nature, it has some hints of CBD at 1%. The Cherry OG strain is an excellent choice for a quick turn around when it comes to cultivation. It flowers quickly and is a favorite among many for its robust yields.

Cherry OG is well known for its aromatic qualities. Its distinctive yet pleasant scent is powerful. It has some hints of deep, dank earthiness, but its overarching nature is one that is fruity and sweet. Users attest to its candied, almost dulcet smoke tinged with hints of cherry and diesel. It has some sour and tangy notes without being too acrid.

Cherry OG tastes just as good as it smells. The first draw may reveal why it’s so famous. A definite hint of cherry hits the tongue along with blueberry and strawberry. The taste of hardcore diesel surprisingly complements the sweet, fruity flavor.

While this taste alone would be off-putting, it works well with the fruity, sweet flavor. Hints of vanilla sneak in as well as a sour, citrusy zest. Users may be able to find the taste of earth that wraps up the exhale.

Cherry OG’s appearance is surprising to some. It boasts large buds with copious amounts of trichomes. This gives it a sugary, slightly crystalline appearance. It also has quite a bit of color. Oranges, hints of reds, and various shades of green run rampant throughout the dense clusters.

Cherry OG seeds are sturdy and robust. This strain recalls echoes of its ancestor, the prominent indica Afghani as well as Cherry Thai. Its history makes it an excellent strain to grow. It is hardy enough to withstand many irritants and other pests, including mold and mildew. 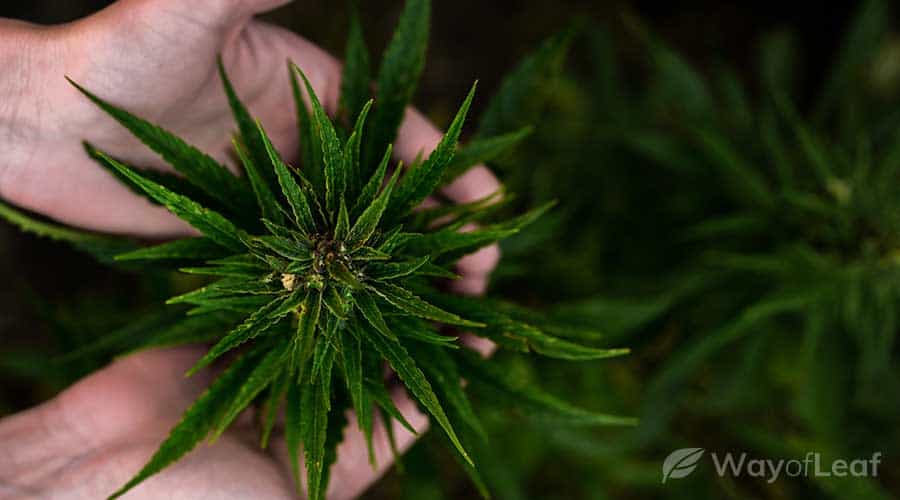 Cultivators have some versatility in growing. It can thrive both outdoors and indoors. However, like many other strains, it thrives best in a hot, dry climate, much like its Afghan parent. Cultivators should strive for temperatures no less than 85 degrees Fahrenheit.

It does grow tall, so growers may have to accommodate its lengthy stature. Growers should note soil quality and intake of minerals such as nitrogen and magnesium may help to achieve a more abundant harvest. This strain has a quick turnaround time and flowers in about 9-10 weeks. It has some high yields and can boast up to 14 ounces per square meter. Cherry OG responds well to other growing methods, including Sea of Green (SOG).

For maximum growth, cultivators should give Cherry OG a minimum of 12 hours of sunlight. Trimming branches may be advisable to allow the circulation of proper air and light.

Most estimates average around 22% THC.

It has low CBD that comes in at about 1%.

Cherry OG weed is utilized in the care and management of stress and anxiety disorders. Users cite that it reduces stress while improving energy, concentration, and focus. It is not widely used for sleep or to regulate sleeping patterns, yet it has been cited in reducing symptoms of depression, which may lead to better sleep.

It is also a strain that many have used to address pain and body discomforts. Users have cited it as extremely effective in reducing muscle spasms as well as increasing appetite. Cherry OG consumers have also stated that this strain may mitigate migraines as well as ease social anxiety and nausea.

Possible Side Effects of the Cherry OG Strain

Due to Cherry OG’s potent THC levels, there are a few drawbacks. Side effects for this strain may include dry mouth, paranoia, and headaches. Other side effects could consist of dry eyes and dizziness.

The Cherry OG strain boasts a cerebral high that is not only high-impact but energizing. Despite its euphoric effects, it isn’t a bitter or harsh strain. Those with THC sensitivities, however, should toke this one with caution. It has a THC level that tops up to 22% with low CBD at 1%. It also has a complex background that lends characteristics to both an indica and sativa heritage. It comes from the potent strains Cherry Thai, an Afghani strain, and Lost Coast OG.

Its ability to give an intense high without the mind-bending feeling of other strains makes it perfect for getting through the day. It can be taken in the evening as well and helps reduce social anxiety. With this in mind, this an excellent strain for getting together with friends and winding down.

Users enjoy the combination of cherry, berry, sour, and diesel flavors. Growers also love that it is a quick grower–it flowers in only 9-10 weeks. It grows well in a hot, dry environment but works well indoors and outdoors. Growers who choose to grow indoors can use a variety of methods to tease out its color and increase high yields. Paying close attention to soil content and incorporate copious amounts of light can lead to up to 14 ounces per square meter.

In all, this is a strain great for anyone that wants to relax and get things done. You won’t have to worry about intense couch-lock or feeling dragged down or tired. Its uplifting buzz will be sure to get your creative juices flowing and help you finish your day-to-day tasks.

The strain that leaves you in a spin

1
3 min read
Join the discussion
TOC
Premium
Your subscription has ended
If you love cannabis and want to support our site, join WayofLeaf Premium today and unlock
Best of all, part of your membership fee will go towards supporting the fight to legalize cannabis.
Sign Up for WoL Premium
Not now
I already have an account
×
Log in to Your Premium Account