Written by Editorial Team
3 min read
2 comments
Read Later
All information on this website is for general informational purposes only and is not intended or implied to be a substitute for professional medical advice, diagnosis or treatment.
Cat Piss Strain Overview
Thankfully, the Cat Piss strain tastes nothing like its name. It instead tastes very piney, with both sour and sweet notes. It does smell pretty pungent and piss-like though, so if you can get past that, you’re in for a pleasant smoke. The Cat Piss strain can give you a nice energy buzz, so it’s great for those who suffer from fatigue or for those who simply need an extra kick. 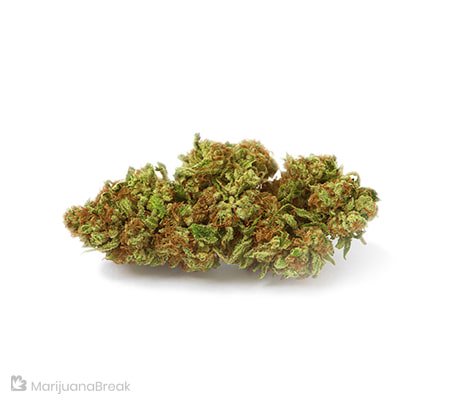 We sometimes wonder what the hell people were smoking when they came up with the names of some marijuana strains. Alaskan Thunderfuck has been a favorite of ours for some time, but along came the Cat Piss strain to piss all over Alaska’s funny name parade!

If you have ever smelled the urine of a cat, you know that it is an utterly vile and disgusting odor.

If you have ever smelled the urine of a cat, you know that it is an utterly vile and disgusting odor. By now, you should have a fair idea of why this cannabis strain is called Cat Piss! It has an utterly detestable stench, but if you can overcome the foul aroma, it is a strain capable of providing you with a nice ‘pick me up’ in the morning or afternoon.

What Is the Cat Piss Strain?

Cat Piss strain weed is a sativa-dominant hybrid, but there are several versions. One is a phenotype of Super Silver Haze, another is related to an Afghan landrace, while a third one is a bagseed from Trainwreck. Of the three, Cat Piss is primarily believed to originate as a clone-only phenotype of Super Silver Haze. As a result of its mysterious origins, we’re not sure which breeder came up with this noxious smelling weed!

Perhaps the best way to describe the smell of the Cat Piss marijuana strain is to imagine the stench of ammonia. Another way is to recall a time when you had to use a particularly nasty public bathroom. Okay, the smell probably isn’t quite as bad as that, but it is definitely a long way from the fragrant wonder of other strains. There is also a peppery and skunky smell if your senses can get past the stink of piss.

Thankfully, the strain tastes nothing like piss (although I don’t know anyone who has actually drunk piss to be fair). You might be expecting the worst after enduring the awful odor, but you’ll be pleasantly surprised by the sour and funky taste that carries a hint of pine. You might also get a peppery and sweet taste which is rather nice. You may get a funky powerful aftertaste, but you’ll soon get used to it.

Related article
5 of the Weirdest Tasting Marijuana Strains EVER

Cat Piss’ appearance also belies its name. It has light green buds with orange hairs sticking out, and at harvest time, and during the flowering phase, you should see shiny trichomes covering the plant.

Remember, this is a clone-only strain, so there are no Cat Piss seeds to purchase. It thrives indoors and outdoors, but it is not the best option for novice growers. Cat Piss needs plenty of attention throughout its growth cycle which includes regular pruning, trimming, and topping. Once you see the gorgeous trichomes covering the buds, along with the orange hairs, you will realize that all your hard work was worth it. 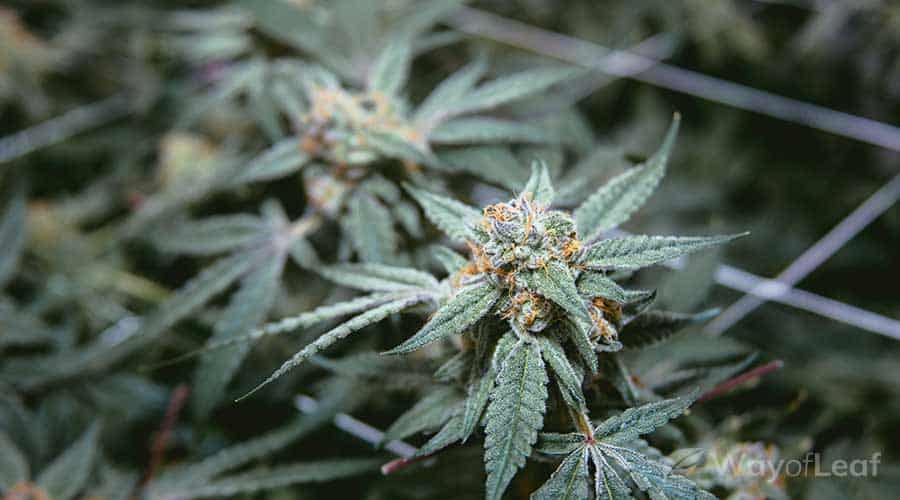 If you elect to grow it outdoors, please note that Cat Piss grows fairly tall. It is also susceptible to diseases and pests when grown outside. Fortunately, it harvests fairly early and could be ready by the end of September with a yield of 20 ounces per plant. When you grow it indoors, the flowering time is approximately 7-9 weeks, and you can enjoy a yield of up to 16 ounces per square meter planted.

As we mentioned above, there are several cuts of Cat Piss cannabis which means the THC content can vary from a moderate 12% all the way to a potent 23%.

What Can I Expect When I Use Cat Piss Weed?

Cat Piss is one of the best ‘wake and bake’ strains around. The main obstacle is getting over the stink first thing in the morning! In all seriousness, users say it is even better than a cup of coffee because it provides a longer lasting energy buzz without the resulting crash. You can also use it in the afternoon if you are feeling fatigued, or even in the early evening if you are planning to go out socializing.

Reviewed by our community…

Cat Piss works gradually rather than hitting you hard. You will feel alert and focused, and perhaps experience an uplift in your mood. Some users report bursting into laughter at even the worst jokes. There is the merest hint of a body high, but in general, you should feel pretty good.

This strain is also quite popular in medical circles. As well as helping people cope with stress, Cat Piss is sometimes used to treat mental issues such as PTSD, depression, and anxiety. Cat Piss is also used to treat pain because it is said to be an effective anti-inflammatory, and could even provide relief from nausea and vomiting. There is also no question that this strain is useful if you are suffering from fatigue.

If you have a weak stomach, you might throw up after getting too much of a whiff! Cat Piss is associated with the usual side effects which include dizziness, dry eyes, and dry mouth. As it is a potent sativa strain, it could cause paranoia and anxiety if used excessively.

We have to say; we never thought that Cat Piss could be beneficial to our health, but now we know better! It is a fairly powerful strain that is popular as a medicine. Cat Piss is best known for its appalling odor, but once you get past the unpleasantness, you will find that it boosts your energy like few other marijuana strains.

Once you get past the unpleasantness, you will find that it boosts your energy like few other marijuana strains.

While novice growers can feel free to try and grow Cat Piss, please note that it requires more maintenance and care than most strains. If growing outside, be wary of its height and be prepared to trim away fan leaves, and top the plants if necessary.

1
3 min read
Video
Join The Discussion
TOC
Premium
Your subscription has ended
If you love cannabis and want to support our site, join WayofLeaf Premium today and unlock
Best of all, part of your membership fee will go towards supporting the fight to legalize cannabis.
Sign Up for WoL Premium
Not now
I already have an account
×
Log in to Your Premium Account