WayofLeaf Staff
4 min read
3 comments
Candyland Strain Overview
The Candyland strain is both sweet like candy, and earthy like a pine forest. It combines the best of both worlds in terms of flavor and offers its users a relaxing and happy high. This strain is commonly used in the medical cannabis community for arthritis, back pain, and any sort of appetite problems resulting from anorexia or chemotherapy side effects. 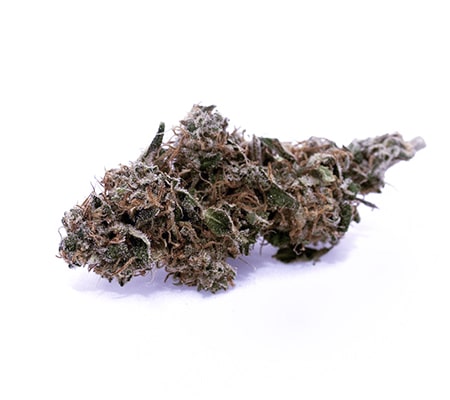 This beautifully aromatic strain is the creation of legendary cannabis cultivator and breeder Ken Estes. Ken has a history of producing top quality strains, such as Granddaddy Purple, which he formed by combining two indica strains, namely Purple Urkle and Big Bud. A record 50,000 people attended the 2012 KushCon awards in Denver where Candyland was awarded a gold medal. Candyland also won the top prize at the 2018 ERRL Cup in the Best Indica and Sativa Flower category.

What Is the Candyland Strain?

Ken Estes created this hugely popular and impressive strain by combining his former creation, the indica strain Granddaddy Purple, with the hybrid Bay Platinum Cookies. Despite its lineage, i.e. being an indica and hybrid cross, Candyland is defined as a sativa-dominant hybrid strain.

Candyland’s THC content appears to vary significantly depending on the potency of the particular strain that you get your hands on. Its THC levels can be rather mild, around 14% on average, but its THC levels have been recorded at 19% and a staggering 24%, making Candyland perhaps better suited to a more experienced cannabis smoker rather than a novice.

Candyland is also a rather unique strain in terms of its cannabinoid profile. According to Potbotics, Candyland has “no detectable amounts of CBD, CBN, CBG or THCV.” What it does have, however, is a cannabichromene (CBC) level of 0.329. CBC is a non-intoxicating cannabinoid, which binds with receptors in the body linked with pain perception which when activated can help to alleviate pain.
Candyland’s high starts off with a feeling of euphoria which tapers off gradually, leaving the smoker feeling happy, uplifted and energized – it’s a great choice for the recreational as well as the medicinal cannabis smoker. 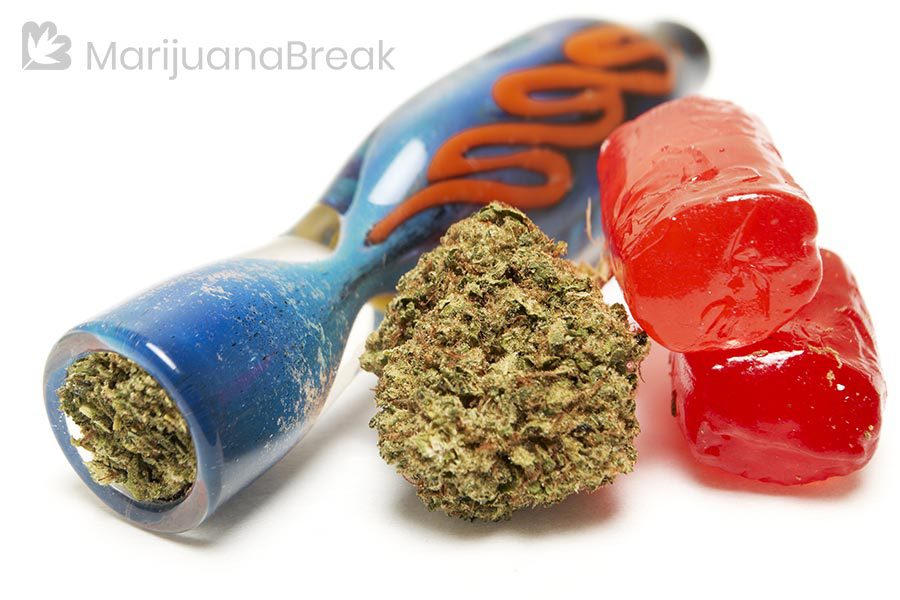 Candyland is quite a tall plant when fully grown, with small, dense, green buds, which in some plants can turn almost purple. A Candyland plant becomes heavily frosted with trichomes which cover the entire plant by the time it is ready for harvesting. Golden hairs and long, thin, dark orange pistils grow prominently around the leaves.

This strain is renowned for its sweet candy-like taste, hence the name. It also has a number of prominent flavors which come to the fore when smoked. A fruity, berry flavor combined with earthy, pine and pungent flavors make Candyland a taste sensation.

Candyland’s fragrance has been likened to a mix of sweet, piney, herbal, earthy and pungent aromas which combine to give Candyland its unique and pleasant fragrance.

The good news for anyone interested in purchasing their own Candyland seeds is that this strain is rated as an easy one to grow. A Candyland plant is naturally highly resistant to mold and mildew, making humidity levels less of a concern when growing this plant indoors.

While Candyland can be grown indoors or outdoors, this plant thrives outside, particularly in a warm, sunny, dry climate. This plant grows quite tall and has quite a skinny frame which comes under a lot of pressure from the added weight of the growing buds as they begin to flourish and multiply.

The flowering period for Candyland is around 8-9 weeks, with late September or early October being the ideal time for harvesting.

Candyland’s uplifting high makes it a great stress reliever as well as an effective antidote to mood disorders such as depression and anxiety. Its CBC content makes it good for treating chronic pain conditions such as arthritis. Smokers of Candyland weed say it also helps to alleviate headache pain as well as muscular and lower back pain.

Candyland’s energizing effects coupled with the fact that it doesn’t contain any CBN or CBG, cannabinoids which are known for inducing sleep, make this strain very effective at counteracting the effects of chronic fatigue. Candyland is definitely a great “wake and bake” strain for giving you a boost of energy to help you get through a busy day.

Candyland’s use an antiemetic and as an appetite enhancer is rated relatively low at around five out of ten by Candyland weed smokers. Medicinal cannabis smokers looking to treat the negative side effects of chemotherapy, such as nausea, will not find this strain as useful as other alternative strains out there.

Possible Side Effects of the Candyland Strain

The number one side effect associated with the Candyland strain is dry mouth, rated at ten out of ten for severity. Almost equally as negative is Candyland’s dry eyes side effect, which Candyland weed smokers rate at nine out of ten. The varying level of THC, and thus, the potency of Candyland has led to some novice smokers reporting feeling more anxious, dizzy and mildly paranoid after smoking Candyland weed. However, these negative effects are thankfully not that common and are rated at three out of ten or less.

Final Thoughts on the Candyland Strain

Candyland’s positive and uplifting effects makes this strain a good choice for either the recreational or the medicinal cannabis smoker. The recreational smoker will find Candyland’s effects to be uplifting and the sweet taste and fragrance to be very pleasant. The medicinal cannabis smoker will also benefit from the mood-altering effects as well as the increased energy boost and pain relieving effects.

While this strain has many positives, it can be potent so people who have little or no experience of smoking stronger cannabis strains should bear this in mind before choosing to try it. Its negative effects are fairly mild, with dry mouth and dry eyes being a small price to pay for the many benefits Candyland provides.