Written by John Killerlane, B.A., HDip
4 min read
1 comments
Read Later
Bordello Strain Overview
The Bordello strain is a sativa-dominant hybrid achieved by crossing the Alexis and Blueberry Apocalypse strains. While its effects come on slowly, they’ll strike you hard and last for quite some time when they finally do. The high is exceptionally relaxing and sedating, so save this one for evening use! 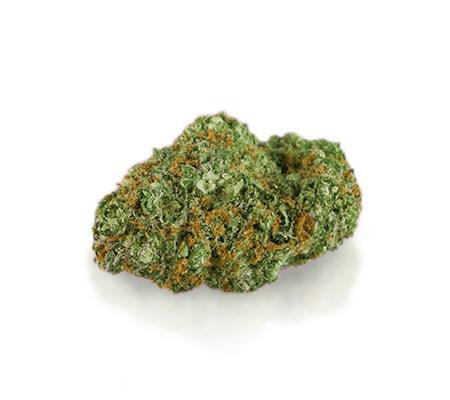 The provocatively named Bordello strain is likely a creation of cannabis breeder Lonestar of the Texas Resin Company. Perhaps we shouldn’t delve too deeply into where this strain got its name! Instead, let’s focus on the strain itself to determine its quality.

While the Bordello strain’s genetics are predominantly indica, its sativa effects are extremely prominent. In a sense, cannabis consumers get to experience the best of both worlds with the Bordello strain. Read on to find out more about Bordello’s effects and potency, as well as its purported health benefits.

What Is the Bordello Strain?

The Bordello strain is an indica-dominant hybrid strain. It is a cross between Alexis and the Blueberry Apocalypse strain.

Bordello is a slow-onset creeper strain that may lull some novice cannabis consumers into a false sense of security. Please make no mistake about it, though; when Bordello’s effects hit home, they hit hard.

While the Bordello strain’s genetics lean towards the indica side, its sativa effects are potent and long-lasting. Although the Bordello strain’s high is euphoric, it isn’t overwhelming. You will feel more uplifted and happier, but you will also feel extremely hazy. After a while, you will find it hard to focus on anything for too long. 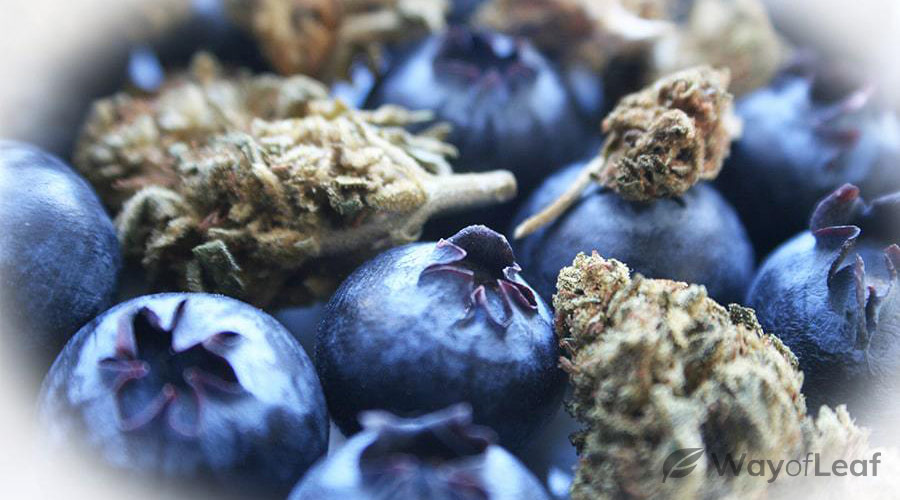 The Bordello strain is the opposite of a wake and bake strain. Bordello’s indica effects will leave you feeling relaxed and eventually pretty sleepy by the end of the evening.

While the Bordello strain’s effects take longer to kick in, they tend to last longer than your average strain. Bordello’s sedative effects tend to take hold as time passes. For this reason, this strain is much better suited to evening rather than daytime use.

Bordello is an excellent after-dinner strain, perfect for unwinding after a long and busy day. As long as you don’t have any other plans, you can bask in Bordello’s calming effects for the evening.

Although Bordello’s effects are ultimately hazy and sedating, this strain is not renowned for causing couchlock. As long as you don’t overindulge, that is.

Bordello’s flowers have a citrusy scent that is likened to the Haze and Jack Herer strains. There is a blueberry hint, which was passed on from its parent strain Blueberry Apocalypse.

The Bordello strain also has an earthy, slightly piney, and dank odor that gives it a distinctive fragrance. Its herbal aromas are more detectable when you break open its dried and cured buds.

On the inhale, you can detect Bordello’s more citrusy flavors. On the exhale, you can taste its fruity and slightly piney flavors. Its smoke is generally classified as smooth by indica standards.

A Bordello plant is typically indica in size and shape, and it will remain short and bushy when fully grown. Bordello’s flowers are small to medium, and its tight buds are popcorn-shaped when cured.

This plant produces a generous coating of resinous trichomes, which complement its forest green leaves nicely. Bordello’s pistils are bright-orange, and they grow prominently among the plant’s leaves. Some Bordello phenotypes also have attractive shades of violet and lavender.

The Bordello strain is a clone-only variety, and seeds of this strain aren’t available to purchase. If you want to grow this plant, you will have to source clippings from a mature plant first.

Bordello’s grow difficulty is rated as easy to moderate. This makes growing a Bordello plant possible even for a novice grower.

You can grow a Bordello plant both indoors and outdoors. However, it thrives in a warm and dry Mediterranean-type climate.

A Bordello plant has a short and bushy structure. Some pruning is necessary to keep its shape under control. It would help if you considered removing the lower fan leaves to help with light distribution and airflow.

Experienced Bordello growers recommend “shocking” the plant by exposing it to lower temperatures before the flowering period. This will stimulate the plant’s anthocyanin pigments, bringing out its beautiful violet and purple hues.

The flowering period for a Bordello plant is between eight to nine weeks. If you are growing your Bordello plant outdoors, then mid-October is the ideal time of year for harvesting.

The highest THC level recorded in a Bordello strain sample is believed to be 22%, though its average is around 18%.

Medical Benefits of the Bordello Strain

Bordello’s effects arguably make this strain a better choice for medicinal rather than a recreational smoker. Both types of cannabis consumers will enjoy this strain, however.

Bordello’s pleasant and mood-enhancing effect may prove useful for cannabis consumers with mood disorders such as depression or anxiety. Also, as the Bordello strain instills deep relaxation, it is a possibly useful strain for chronic stress.

Some Bordello strain lovers say that it is very effective at helping with a whole host of painful conditions. Some of these include arthritis and muscular pain, as well as migraines.

Bordello could deeply relax the body and calm the mind. Coupled with its soporific effects, it may prove useful for people with insomnia.

Some ophthalmology patients say that the Bordello strain is even effective at treating glaucoma.

Possible Side Effects of the Bordello Strain

The most commonly reported side effects associated with the Bordello strain are cottonmouth and dry eyes. Some users of this strain say that they also experienced heightened anxiety, dizziness, and a slight headache.

However, these side effects are much less commonly reported. If you are sensible and don’t overindulge on this strain, then you shouldn’t experience anything other than this strain’s milder and more common side effects.

Final Thoughts on the Bordello Strain

The Bordello strain is a highly rated, top quality, indica-dominant hybrid. Bordello’s genetics lean more towards the indica side, but its sativa effects are prominent and long-lasting.

The slow onset of Bordello’s effects makes it a classic creeper strain. These effects are slow to kick in. However, as already mentioned, the high tends to last longer than your average strain.

Bordello offers many benefits to both the recreational and medicinal marijuana consumer. It is a perfect evening time strain to use for relaxation and stress relief. Some find this strain particularly useful for pain relief also.

However, this strain does tend to leave you feeling hazy and unfocused. It’s best suited to an evening where you have no other plans or anything urgent to do.

4
4 min read
Video
Join the discussion
TOC
Premium
Your subscription has ended
If you love cannabis and want to support our site, join WayofLeaf Premium today and unlock
Best of all, part of your membership fee will go towards supporting the fight to legalize cannabis.
Sign Up for WoL Premium
Not now
I already have an account
×
Log in to Your Premium Account