Written by Editorial Team
5 min read
0 comments
Read Later
All information on this website is for general informational purposes only and is not intended or implied to be a substitute for professional medical advice, diagnosis or treatment.
Blue Rhino Strain Overview
A potent cross between White Rhino and Blueberry, Blue Rhino is an indica-dominant strain that rewards with nearly 20% THC, as well as 2% CBD - providing a sensational high. 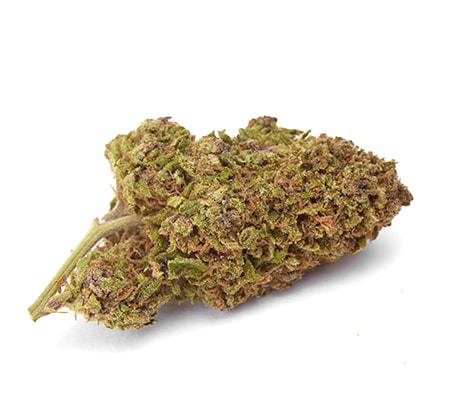 The Blue Rhino strain is an almost perfectly balanced hybrid that ever so slightly leans on its indica traits. It’s not only prized for its THC count of up to 20% but also has an outstanding CBD count of nearly 2%.

The immediate effects of Blue Rhino are strong euphoria, swiftly followed by a powerful body buzz that could put unsuspecting users to sleep. But those who shrug off the tiredness will be left clear-headed, feeling sharp and focused.

Patients enjoy this strain for its balanced mix of body and head effects, making it a good option for those wanting to relax or to stay focused, depending on your needs.

What Is the Blue Rhino Strain?

The Blue Rhino strain is a potent cross between White Rhino and Blueberry and has a unique, fruity aroma mixed with some skunky harshness. This supreme blend has strong medicinal properties, making it an easy choice for medical users. But it’s also got a fun-loving personality for those who want to use it recreationally.

Blue Rhino is an indica-dominant strain, featuring a 55:45 indica/sativa ratio and an exceptional 20% THC level. Also known for its incredible CBD count of up to 2%, this strain is well-known for its balanced effects. 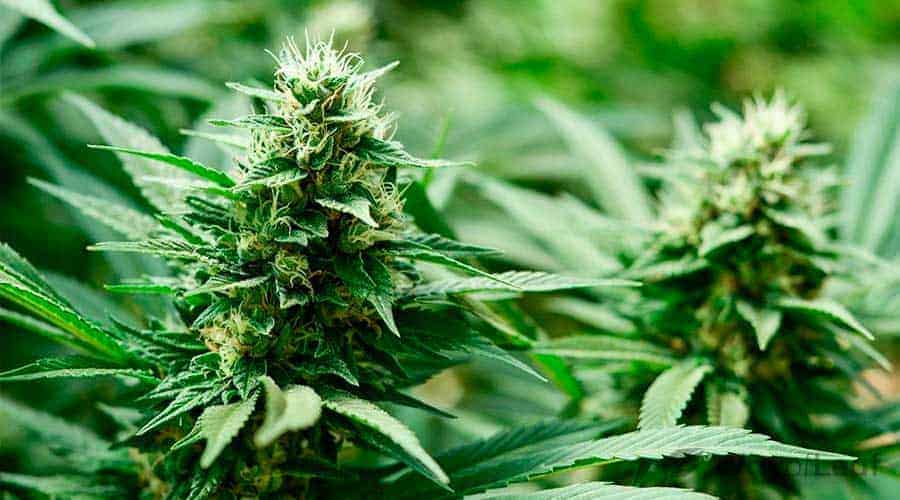 Blue Rhino weed is popular for its cerebral effects, combined with a potent body high. The onset is quick and characterized by laziness, followed by a warm, numbing sensation that takes over the body and may rock you to sleep. But if you shake off the sleepiness, a creative, focused mind-sharpening phase will set in.

This strain is known for its perfect mix of uplifting effects, while still managing to be a balanced smoke altogether. Blue Rhino will make you feel euphoric and vibrant, and your energy will be infectious to those around you.

It’s the perfect strain for those days when you want to kick back and focus on feeling creative and happy. A certain undercurrent of being elated will help you to feel uplifted for hours. But eventually, you will feel overcome with tiredness, and be ready for a night of restful sleep.

Blue Rhino is especially fragrant thanks to its strong Blueberry heritage. It has an undeniably seductive earthy sweetness, along with notes of fruity and pepper scents that can be easily detected in its aroma. You can also expect a pungent and spicy scent.

When you smell Blue Rhino, you will be reminded of soft fruits, and the flavor continues that theme with notes of gooseberries, blackcurrants, and blueberries,

The Blue Rhino has a flavor that rivals most other hybrids in its appeal. It tastes like fresh berries, specifically sweet wild berries, with a few other shocks of fruit to make things a little more interesting. You can taste some skunk and spice in the exhale. A peppery and fruity aftertaste is what you can expect as a lingering flavor.

Blue Rhino produces large and dense buds that are perfect to medicate with. It features mostly mid-green nugs, with a few slight hues and lighter and darker green mixed in. You can expect medium-firm density buds that are a bit tight in appearance, with a few random leaves hanging out.

The plant features several characteristics thanks to the Blueberry lineages like the distinctive purple, blue, and red tones that it acquires during the advanced flowering. The plant is small and compact because of the indica dominance, but it develops a main central stem without many leaves.

Blue Rhino strains are relatively easy to tend to as a grower, making it a great choice for even novices to cultivate. The high CBD content adds to its appeal, as it can yield high, which makes it beneficial to those who may want to sell the strain for its many medical uses.

Blue Rhino seeds produce plants that will grow to between 90 and 120 centimeters tall. The plants feature a heavy central cola with few leaves, and the buds are very sticky with resin and have a roundish shape. In cooler conditions, the plants will take on a blue hue with hints of red as it matures.

This is a strain that likes plenty of room to develop its roots – keep this in mind if you plan on setting up an indoor grow room.

Blue Rhino strains of the cannabis plant tend to be shorter and typically develop a single large central cola. It’s a high-yielding strain that truly thrives when it’s grown in an outdoor environment. Indoors, the strain will flower in approximately 60 days and may produce up to 600 grams per square meter.

Blue Rhino has impressive THC content. Most tests have listed it at an average of between 18% – 20%.

Blue Rhino also features an impressive CBD level. Tests have shown that this strain reaches up to 2% in CBD content.

Blue Rhino is a practical option to be used in a medicinal setting. It’s slightly indica-dominant, but also displays balancing sativa effects, making it feel less heavy. Here are a few of the potential medical benefits of Blue Rhino:

The recommended time of usage of Blue Rhino varies. Many insomniacs find it perfect for night-time use. The associated euphoric effects help patients deal with anxiety, depression, and stress. Some people may use it for migraine relief, and others rely on the bodily effects to help ease chronic aches and pains.

Possible Side Effects of the Blue Rhino Strain

The Blue Rhino strain does have some side effects; albeit for the most part, only minor ones since it can be quite strong in THC levels. You are most likely to experience a case of cottonmouth (dry mouth), accompanied by itchy and dry eyes. It’s best to stay hydrated at all times.

You could also start to feel a little dizzy when smoking Blue Rhino, and some people also complain about experiencing bouts of anxiety during their high. This strain could leave you feeling parched and therefore give you a slight headache – but this isn’t likely to last for long.

If you’re seeking a strain that produces incredibly strong weed as well as an exotic berry flavor, then Blue Rhino is a great option. It’s quite easy to grow, which makes it suitable for novices and experienced growers alike.

Blue Rhino is also known for its medicinal properties and can be great for helping to relieve chronic pain, anxiety, sleep disorders, and more.