Written by John Killerlane, B.A., HDip
4 min read
0 comments
Read Later
All information on this website is for general informational purposes only and is not intended or implied to be a substitute for professional medical advice, diagnosis or treatment.
Blue Hawaiian Strain Overview
Much like the famous tropical cocktail, the Blue Hawaiian cannabis strain also boasts a berry and pineapple flavor profile. It's super sweet and fruity and has notes of pine and wood on the exhale. This uplifting yet relaxing strain will have you feeling like you're poolside at a tropical resort in no time at all. 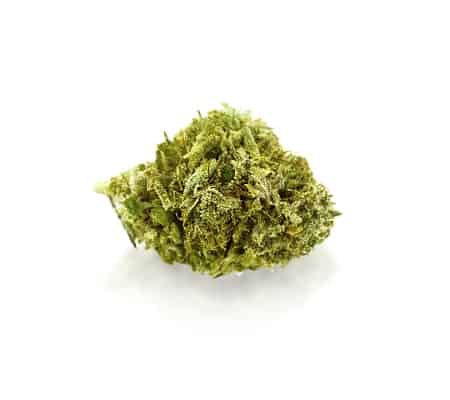 No, it’s not the cocktail or named after a bad Elvis movie, but a top-notch cannabis strain. Apart from a mouth-wateringly delicious strain, what else does the Blue Hawaiian strain have to offer? Read on to find out.

What Is the Blue Hawaiian Strain?

We have to hand it to this strain’s breeders, Jordan of the Islands; they really captured a little taste of Hawaii with this hybrid.

Another vital thing to be aware of regarding the Blue Hawaiin strain is that it’s a notorious creeper! Its effects take a little bit longer to kick in than your average strain. Therefore, you need to be careful not to overconsume, or you may suddenly feel a sudden wave of overwhelming effects.

As time passes, Blue Hawaiian’s more physically relaxing effects come more to the fore. However, most experience gentle relaxation rather than couchlock or full-body sedation.

Blue Hawaiian has a fruity, sweet-smelling aroma likened to a combination of tropical pineapple mixed with citrusy lemon. A musky blueberry fragrance is also detectable, but it is not as strong as Blue Hawaiian’s sweeter aromas.

Blue Hawaiian’s aromas give a good indication of just how delicious it tastes. The tropical and fruity notes from its aroma are prominent in its flavors. You’ll feel like you’ve been transported poolside at a luxury Hawaiian resort with a delicious Blue Hawaiian cocktail in your hand.

As well as these tropical flavors, Blue Hawaiian also has milder spicy, and berry notes. These complement the overall sweetness nicely. Some also say that they can detect a slight woody, piney aftertaste on the exhale.

A mature Blue Hawaiian plant has an indica-like structure, with tightly coiled lime-green leaves and a dense coating of buds. In some Blue Hawaiian phenotypes, the buds turn a bluish or purplish color due to the presence of anthocyanin pigments. These pigments can be stimulated by exposure to cold temperatures just before the flowering stage. 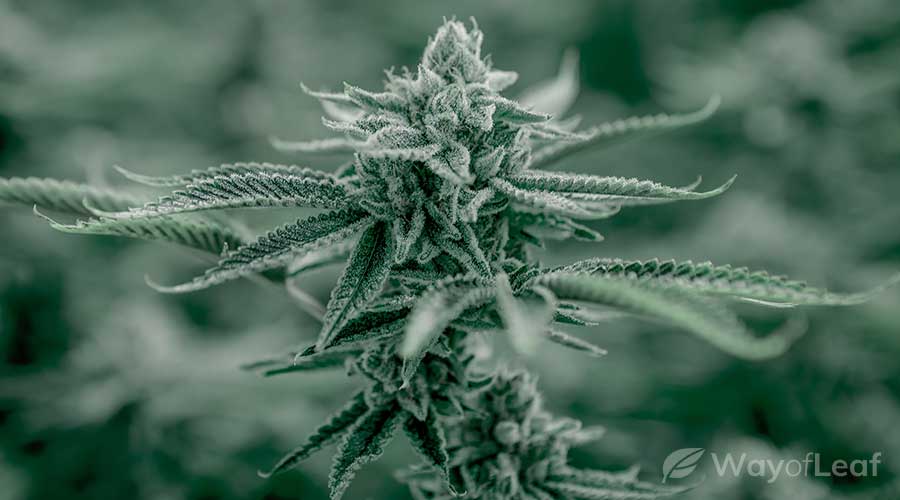 Growing prominently among the leaves are bright orange pistils, which are the plant’s female reproductive organs. Blue Hawaiian flowers are small to medium in size and covered in trichomes that are sticky to the touch.

The good news for would-be growers of Blue Hawaiian is that seeds are available to buy. Another option is to get your hands on a mature Blue Hawaiian plant’s clippings and grow a clone.

The Blue Hawaiian strain can be grown indoors or outdoors. However, indoor growers should note that this plant can reach five to six feet in height when fully grown. For this reason, it is recommended that you train the plant early in the vegetative stage. Doing so will help to keep the plant’s height and shape under control.

You will need to carry out regular pruning and trimming when this plant starts to flourish. This makes Blue Hawaiian a reasonably high maintenance plant to grow.

Blue Hawaiian plants thrive in a warm and sunny Mediterranean-type climate with average daily temperatures of around 70 degrees Fahrenheit. Experienced Blue Hawaiian growers recommend “shocking” the plant just before flowering, i.e., exposing it to low nighttime temperatures. This practice stimulates the plant’s anthocyanin pigments and brings out its beautiful bluish and purplish colors.

Blue Hawaiian’s THC level tends to range between 15-20%. However, the cannabis testing laboratory Analytical 360 has recorded Blue Hawaiian samples with a whopping 24% THC.

Blue Hawaiian’s relatively high THC level is offset by a more modest CBD content of between 0.10-0.30%.

Some use the Blue Hawaiian strain to help manage chronic pain conditions such as arthritis. Others say that consuming Blue Hawaiian temporarily alleviates muscular pain and headaches.

Most agree that Blue Hawaiian is only moderately effective as an antiemetic, with users rating it relatively low for relieving nausea.

Possible Side Effects of the Blue Hawaiian Strain

Smokers of this strain will experience the common side effects associated with most strains, such as cottonmouth and dry eyes. However, some Blue Hawaiian users experienced heightened anxiety and paranoia or felt dizzy.

As mentioned, the slow onset of this strain’s effects can lead some to believe that it’s less potent than it actually is. As a result, some consume too much in one sitting and experience delayed and often overwhelming adverse effects.

The critical thing to be aware of if you intend on trying Blue Hawaiian weed is that it is a creeper. Some inexperienced consumers have been caught out by mistaking the slow onset of its effects for a lower potency. This has led to some people consuming too much at once. As a result, some have experienced this strain’s more disorienting side effects, such as dizziness, heightened anxiety, and paranoia.

It is also important to remember that the THC level of Blue Hawaiian has quite a wide range. While it can be as low as 15%, lab tests show that samples of this strain can contain as much as 24% THC. Therefore, cannabis novices should leave this strain to more experienced users, who in turn, should be mindful of the creeper nature of its effects.