Written by Editorial Team
3 min read
0 comments
Read Later
All information on this website is for general informational purposes only and is not intended or implied to be a substitute for professional medical advice, diagnosis or treatment.
Blue Frost Cannabis Strain Overview
Blue Frost is a strain that’s difficult to forget. With a distinct flavor of cheese, mint, and berries, it tastes like an afternoon in the French provinces. It is extremely relaxing and can help instill a sense of creativity and focus in its users. It is also easy on the eye, with its vibrant blues, greens, and purples. 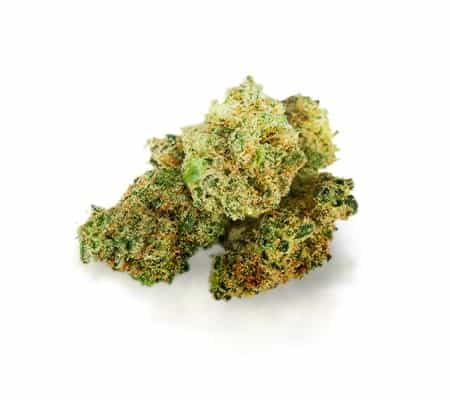 If you’re looking for a cool new cannabis option, check out the Blue Frost strain. This indica-leaning strain is a cross of two superstars. The result is a distinctly different strain, and for some, it could be an acquired taste. It is fairly potent, and users note that it has a fast-acting high. It also possesses a relaxing kick that makes one feel creative and mentally stimulated.

What Is the Blue Frost Strain?

Blue Frost weed is an indica-dominant cross of Blue Monster and Jack Frost. It has a significant amount of THC and is considered a popular choice among connoisseurs.

A UK-based breeder called Goldenseeds created this strain, which acts relatively quickly. You can expect to experience a stimulating cerebral high at first. Users report a reduction in inhibitions and an increase in happiness. You also find yourself feeling more creative and productive during the early stages of the high.

However, Blue Frost ultimately sedates the body and ensures your limbs begin to feel heavy. If you overdo it, you will likely find yourself couch-locked. Consequently, the best time to use Blue Frost is in the evening.

Blue Frost marijuana has a tantalizing floral aroma with a fruity backdrop. You might detect undertones of grape and blueberry, along with a slightly cheesy and skunky hit. It also features a deep, herbal scent.

The Blue Frost strain has a hodge-podge of flavor that is potentially unpleasant for some users. It exhibits a sweet, fruity flavor along with some candied caramel notes. It also has a sharp, cheese-like note that runs throughout the smoke. However, on the exhale, it also has some refreshing minty hints along with a bite of berry ripeness.

Blue Frost strain weed has bright green buds and flowers that contain vibrant blues, purples, and dark greens. This is often due to it being exposed to cooler temperatures during the growth phase. This strain is incredibly sticky due to the abundance of trichomes that are beautifully pale and iridescent.

The Blue Frost strain is considered a moderately easy strain to grow. Once it begins to develop, it is a hardy plant that can resist fluctuations in weather. It doesn’t express a large number of buds, though it is a favorite among growers. 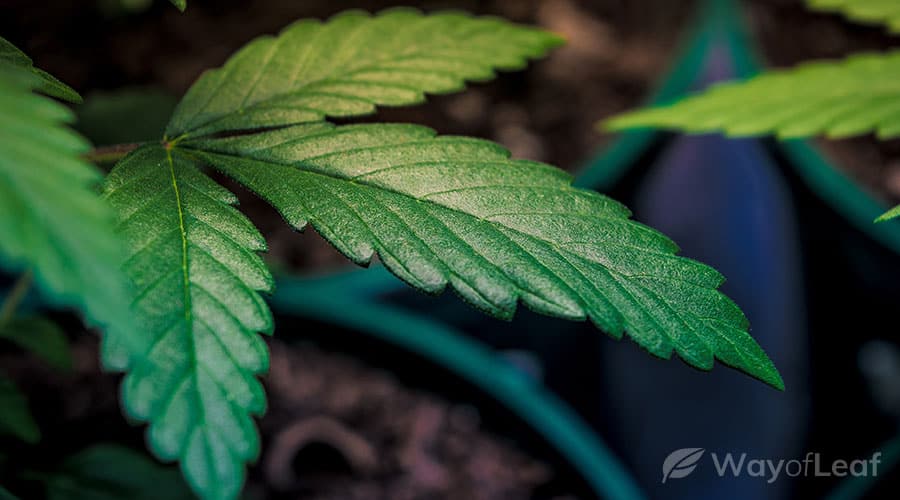 Blue Frost can flourish both indoors and outdoors, and it is recommended that growers maintain a semi-humid climate. Blue Frost needs lots of sunlight. Outdoors, this strain is ready for harvest by the end of September.

For users that have limited space, this is a good option. The plant is stocky, and those who cultivate this strain should try to trim excess foliage that will block light or air.  Blue Frost’s bold colors can come to the fore by exposing the plant to cold temperatures late in the growth phase.

Blue Frost does take a while longer than most indicas to mature and is usually ready to harvest in about 10 to 11 weeks.

The Blue Frost strain contains little to no CBD, usually below 0.1%.

It also has anti-inflammatory properties that may mitigate bodily aches and pains as well as headaches and nausea.

Blue Frost potentially intensifies euphoric feelings and can increase the desire to be more social, giddy, and relaxed. This cannabis strain is a good choice for sufferers of anxiety and depression. Anecdotal accounts cite higher mental, auditory and visual acuity as well as drowsiness for some users.

Possible Side Effects of the Blue Frost Strain

Potential minor side effects of Blue Frost include dry mouth and eyes. On rare occasions, users have reportedly experienced an increase in paranoid thoughts.

Blue Frost is a great strain for users seeking to have a relaxing evening with friends or decrease stress and anxiety. It is a potent strain that can help with body aches, chronic pain, depression, and stress.

It is a potent strain that can help with body aches, chronic pain, depression, and stress.

Its flavor is an acquired taste as it is powerful and a mixture of sweet, floral, and cheesy. Its aroma is distinctive, so it is inadvisable to use it in public.

This strain is moderately easy to grow and can thrive both indoors and outdoors. However, Blue Frost needs lots of sunlight and takes some time to mature. Overall, this is a good strain for growers that enjoy exotic breeds, intense flavors and have the patience and time to harvest.