Written by Editorial Team
3 min read
0 comments
Read Later
All information on this website is for general informational purposes only and is not intended or implied to be a substitute for professional medical advice, diagnosis or treatment.
Blue Dragon Strain Overview
The Blue Dragon strain has a reputation for providing a potent cerebral high. It has a relatively high THC level and comes with a pleasant blueberry and diesel taste. MMJ patients use it to combat issues such as anxiety and depression. 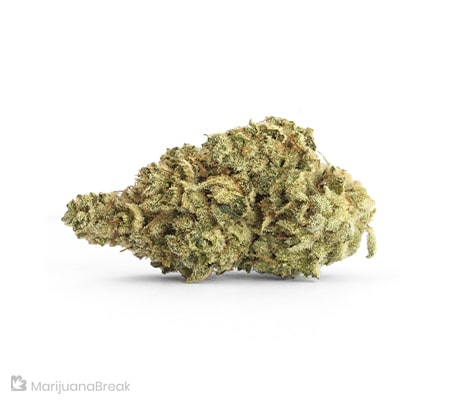 With a name like Blue Dragon, one might expect a powerful strain, and it doesn’t disappoint. It is a hybrid that manages to lift your mood without causing anxiety. It is a cross of two legendary cannabis strains and is an outstanding option in its own right.

What Is the Blue Dragon Strain?

This slightly indica-dominant hybrid is a cross of Blueberry and Sour Diesel. While its THC level is generally considered mid-range by modern standards, Blue Dragon cannabis will hit you with a strong wave of euphoria. You should be prepared for this effect to occur quickly.

Users generally feel good about themselves as the high takes hold. As it is almost a balanced hybrid, you can expect to get both indica and sativa effects from Blue Dragon. Once the initial euphoria wears off, a strong feeling of body relaxation takes over relatively quickly. According to some users with a high THC tolerance, this strain caused them to go from focused to yawning in less than an hour.

Novices should tread carefully as Blue Dragon could send them to sleep exceptionally quickly.

Blue Dragon’s parentage results in a predictable scent of blueberries, skunk, and diesel. It is a pungent strain, so exercise caution when carrying it around. When you start grinding the buds, you might also get hints of orange.

After experiencing the aroma, Blue Dragon’s taste holds no surprises but is pleasant nonetheless. The characteristic blueberry taste comes to the fore, but there is also a potent taste of diesel. After the initial spicy and floral hints, the two primary flavors completely take over.

Blue Dragon’s fluffy, round buds are cone-shaped or circular. On occasion, you might see specks of blue or purple against the forest green backdrop. Its trichomes sparkle like diamonds, while the orange pistils also stand out.

If you can find Blue Dragon seeds, you’ll discover that you can cultivate them outdoors or indoors. It is also a possible option for the first-time grower due to its hardy nature. Blue Dragon stands firm against most forms of mold and various pests.

If you plan to bring out its blue color, exercise caution. Exposing Blue Dragon to excessively low temperatures for too long could cause it to go into short-term shock. This process will negatively impact the growth cycle and, subsequently, the yield.

Apart from the above, there is little information on cultivating Blue Dragon specifically. We know its flowering time is likely 8-9 weeks, but data on the likely yield is not forthcoming. If we look at its parents, we can see that Blueberry can provide up to 25 ounces per plant outdoors and 18 ounces per square meter indoors. Sour Diesel’s yield is almost the same, so we can expect Blue Dragon to offer something close to those figures.

Blue Dragon has a significant disparity in its THC content depending on the cut. It can have anywhere from 14% to 24% THC, although 19% is closer to the average THC level.

In general, Blue Dragon is arguably best known for its uplifting effects. Therefore, you could consider using it if you have depression, anxiety, or stress. After a few tokes, you might find that whatever is bothering you fades into obscurity. That said, the euphoria you feel lasts for a relatively short period.

There is also a suggestion that Blue Dragon could improve focus. In that instance, MMJ patients with ADD/ADHD might find it useful. Blue Dragon is also potentially potent enough for individuals with chronic pain to try it.

Finally, you may wish to see if it can improve your sleep cycle. A significant number of users claim that it provides a strong feeling of sedation. This effect is especially pronounced in novices.

Possible Side Effects of the Blue Dragon Strain

Apart from causing possible sedation, the adverse effects associated with Blue Dragon are relatively mild. If you consume a large amount, you might experience dizziness and headaches. Otherwise, the main side effects include dry eyes and a dry mouth.

As a combination of two great strains, a lot is expected of Blue Dragon, which most certainly delivers. It offers a sweet blueberry taste along with the diesel edge that many experienced users love. Blue Dragon provides a euphoric high that eventually moves down the body, causing the limbs to relax. It is an option if you have an issue such as depression, chronic pain, migraines, or even ADD/ADHD.

Blue Dragon is relatively easy to cultivate from a grower’s perspective and doesn’t have an issue thriving indoors or outdoors.