Written by Editorial Team
4 min read
1 comments
Read Later
All information on this website is for general informational purposes only and is not intended or implied to be a substitute for professional medical advice, diagnosis or treatment.
Blackberry Kush Strain Overview
The Blackberry Kush strain tastes like none other than blackberries. It also combines notes of earthiness and diesel for a super unique and refreshing smoke. The Blackberry Kush strain is excellent if you don’t have any time to spare, as its effects set in almost right away. It can also induce some pretty intense couchlock, so have a comfy place to fall back on nearby. 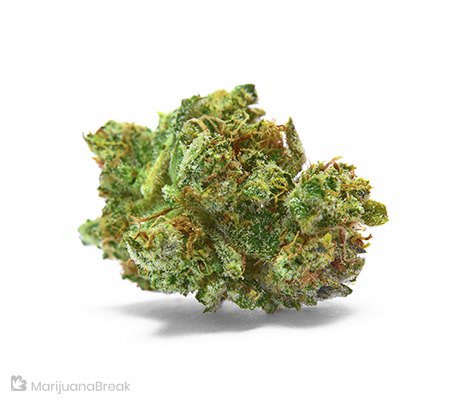 It seems as if the humble blackberry doesn’t get the credit it deserves. They have a sweeter taste than blueberries, are larger than raspberries, and don’t contain pips like cherries.

Blackberry Kush is a potent strain that’s loved by recreational and medicinal users alike. It doesn’t quite garner the same level of attention as the likes of Grape Ape and Blueberry. However, Blackberry Kush remains a popular strain, long after its initial release.

What Is the Blackberry Kush Strain?

Blackberry Kush weed is a heavily indica-dominant hybrid (80:20). The original genetics of the strain are the subject of dispute. The commonly accepted story is that the strain is a cross of Blackberry with either Afghani or Bubba Kush. However, some people believe it is a cross of DJ Short’s Blueberry and Afghani.

As for the identity of the breeder, no one is sure. This is hardly a surprise given the differing stories surrounding its genetics. Blackberry Kush was possibly created during the fledgling California medical marijuana era.

Blackberry Kush provides users with a euphoric high and deep relaxation. However, relaxation can soon become sedation, and many users become couch-locked. Given the nature of its effects, Blackberry Kush is best suited to evening or nighttime use.

Blackberry Kush’s smell can fill up any room, and it is a real treat for the senses. It has a lovely scent akin to blackberry jam or a delicious blackberry smoothie.

Blackberry Kush has a robust, earthy, diesel flavor coupled with sweet blackberries. The best way to describe this strain is to say it tastes like biting into a mouthful of berries when you inhale. The earthy fuel flavor becomes more apparent on the exhale. It also has a pleasant berry taste that lingers long on the palate.

How to successfully grow this …

Blackberry Kush has the typical indica dense nugs covered with dark green leaves and a purple coating. In some Blackberry Kush plants, the buds have dark purple calyxes, giving the strain a blackberry-type appearance. Rust-colored pistils stand out prominently against the purple hues.

Experienced growers recommend planting your Blackberry Kush seeds indoors. While these plants are resistant to mold, outdoors, they are susceptible to spider mites and fungus. However, if you grow Blackberry Kush successfully outside, it can produce up to 28 ounces per plant. Typically, these plants are ready for harvesting by the middle of October.

The good news is that Blackberry Kush is a much easier strain to grow indoors. These plants usually take 8-9 weeks to flower and can yield around 16 ounces per square meter planted. When feeding this strain, please pay special attention to its magnesium intake. Be sure to also provide it with plenty of nitrogen during the vegetative stage of growth. 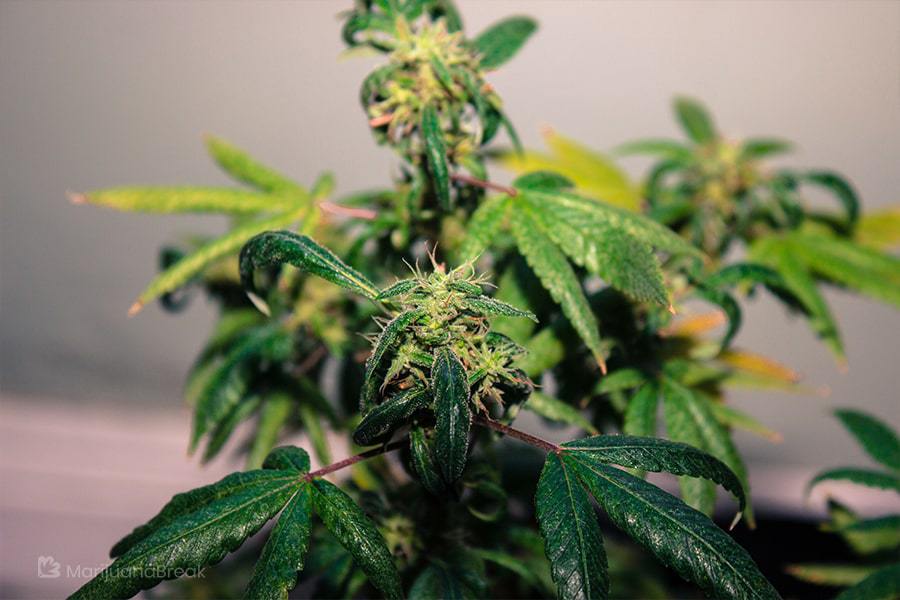 While you are free to use a hydroponics setup, avoid using coco coir as your growing medium. If you use coco coir, it is more likely that a magnesium deficiency will take place. One of the most obvious signs of this deficiency is the bottom of the plants growing more slowly than usual. Another sign is if the leaves are turning yellow long before harvest and their tips look burned.

Make sure the humidity in your grow room is no higher than 60% during the vegetative state. Reduce it gradually each week, so by the time your flowers are blooming, the humidity level is down to 40%. If the humidity level remains too high, the plants will take in fewer nutrients, leading to various deficiencies.

Blackberry Kush is only a moderately potent strain by modern standards. Its THC content can be as low as 13% and as high as 20%.

This strain contains a maximum of 0.5% CBD.

Blackberry Kush is a popular strain among medicinal marijuana users suffering from depression, insomnia, or chronic pain. Some users say that this strain can also help to alleviate muscle cramps and spasms.

Some of the most effective str…

The most common side effects associated with the Blackberry Kush strain are cottonmouth and dry eyes. However, a small minority of users have also experienced adverse reactions like headaches, dizziness, or paranoia.

Blackberry Kush is a high-quality strain that’s a firm favorite among recreational and medicinal users alike. Users love this strain as much for its effects as for its pleasant, berry taste and enticingly sweet aroma.

Blackberry Kush is a high-quality strain that’s a firm favorite among recreational and medicinal users alike.

One thing to note before consuming this strain is that it can cause sedation and couchlock. Therefore, it is best suited to a relaxing evening in front of the TV.

Cannabis cultivators, please note that growing this strain indoors is more straightforward than outdoors. Indoors, keep the humidity low, and outdoors, watch out for pests like spider mites.