Written by Editorial Team
4 min read
0 comments
Read Later
All information on this website is for general informational purposes only and is not intended or implied to be a substitute for professional medical advice, diagnosis or treatment.
Big Skunk Korean Strain Overview
A simple, easy strain with a great deal of history, Big Skunk Korean is tasty and useful for helping you feel relaxed. It is a strain one can use before socializing because it helps chill you out without threatening couch-lock. 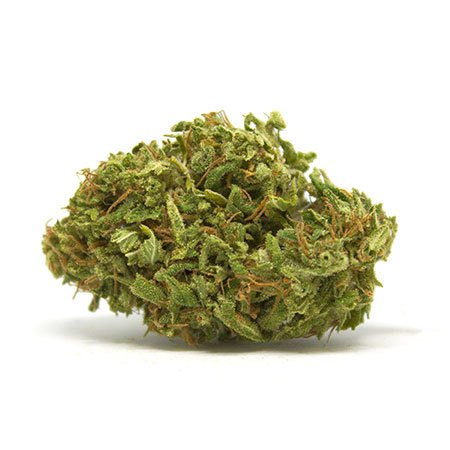 Marijuana is said to originate in the Afghan mountains, eventually making its way all across the world.

However, it turns out that marijuana doesn’t just have its origins there. Not only did cannabis cultivation begin there long ago, but it also spread across Asia far earlier than it did in the West.

This is why we have several ‘Korean’ strains. One of these is Big Skunk Korean, a uniquely potent hybrid strain with Skunk origins.

What Is the Big Skunk Korean Strain?

It seems to have an interesting connection to Korea, but its lineage isn’t entirely clear. It’s likely a cross between Skunk #1, a classic skunky strain, and Big Bud. It is seemingly a relatively balanced hybrid, though its effects can lean towards sativa. 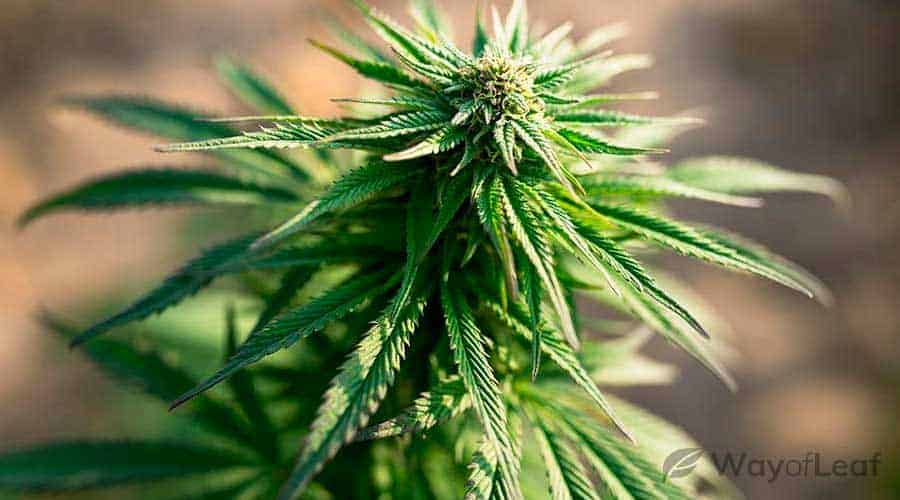 The high of Big Skunk Korean hits hard at the start and could perhaps lead to disorientation among novices.

Eventually, these effects transition to the body and help you chill out and relax. However, it doesn’t tend to cause complete immobilization. Instead, you are more likely to feel at ease with yourself, and perhaps you’ll become a little more sociable.

One might expect Big Skunk Korean to have a primarily skunk-like aroma. However, it instead provides floral hints, including the scent of lavender. It takes some grinding to truly bring out the famous skunky smell.

The Big Skunk Korean strain offers a hash-flavored smoke with an element of spiciness that is occasionally harsh on your throat. However, if you persevere, you are rewarded with a softer floral taste. On the exhale, you will notice the expected skunky aftertaste that can linger for several hours.

The buds of Big Skunk Korean are large and resinous. On occasion, the leaves have a purple tint, and you will spot plenty of trichomes as the plant flowers.

Big Skunk Korean is a strain often used for crossbreeding and has created a variety of base strains like Lavender. These strains were then crossbred again, and there is now an entire family of them! Therefore, finding Big Skunk Korean strain seeds is relatively easy, as it is still a popular growing option.

It is a strain that thrives in warm conditions and isn’t especially sturdy. As a result, growing it outdoors in a colder climate is extremely difficult. In this situation, you can cultivate Big Skunk Korean indoors where you can control humidity, lighting, and temperature.

Due to its compact way of growing, you can use the Sea of Green method. This allows you to produce a large quantity of bud in a small space. Big Skunk Korean is a common choice for a hydroponics setup as well, due to its surprisingly simple growing requirements. Either way, make sure you trim the plant regularly to ensure the whole plant receives enough air and light.

When Big Skunk Korean matures, its buds have a delightful purple hue. You can bring this color out during the growth cycle by exposing the plants to colder night time temperatures. However, make sure there is no more than 15 degrees Fahrenheit of a difference between day and night temperatures. Otherwise, you could send your plants into shock.

When you grow Big Skunk Korean indoors, patience is a virtue because it can take up to 15 weeks to flower! At harvest time, you will get 10-12 ounces per square meter planted. If you grow it outdoors, it is unlikely to be ready for harvest before mid-October. Each plant offers up to 12 ounces of bud.

Related article
How to Grow Purple Marijuana – The Full Guide

Big Skunk Korean cannabis has an average THC content of approximately 19%. This is considered mid-range these days, but its high is arguably too potent for novices.

Big Skunk Korean’s CBD content is unknown but is almost certainly no more than a fraction of one percent.

The primary use of the Big Skunk Korean strain is its ability to encourage sociability and chilled out feelings during the day. It is more of a recreational strain than an MMJ one, but it still has some fans within that community.

The pleasant feelings offered by this strain help to reduce instances of stress, anxiety, and depression.

Big Skunk Korean helps you to relax and calm down without ever feeling overwhelmed. If you are struggling with a feeling of intense stress, this strain is an option to help you feel relaxed.

While it does not necessarily send you to sleep, its effects could help reduce the time it takes you to drift off.

Finally, it is potentially useful at helping people deal with pain, especially chronic pain, as a result of an injury.

Possible Side Effects of the Big Skunk Korean Strain

Like most mid to high-THC cannabis strains, there is the possibility of dry mouth and dry eyes. These two conditions, while annoying, are straightforward to deal with. Drink plenty of water before using marijuana, and have another glass to hand during your smoking session.

We have heard a few reports of users feeling nauseous and even getting sick after consuming too much Big Skunk Korean. This experience may also result in a headache. An easy way to avoid this issue is to use a sensible amount.

Despite the name, Big Skunk Korean’s links to Korea are not set in stone, nor does it stay true to its Skunk parentage. While you ultimately get a skunky taste on the exhale, the effects are not necessarily what one might expect.

It is a unique strain and one worth considering if you believe you have ‘tried it all.’ It generally helps users attain a chilled-out vibe without threatening to overwhelm the body.