Written by Editorial Team
4 min read
0 comments
Apollo 11 Strain Overview
This strain is a cross of Genius, Apollo 13, and Cinderella 99. Brothers Grimm bred this potent strain, which has a THC content of up to 22%, and minimal CBD. Users often report feeling spaced out by this strain, which is useful for afternoon use when you have no evening plans. 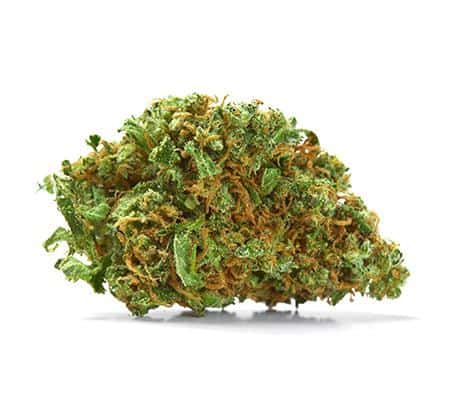 If you are looking for a potent strain that could inspire, Apollo 11 is something to consider. It provides users with a calm and soothing sensation and could help relax the body. It is an excellent option if you need to chill out in the middle of the afternoon. It may invigorate you and bring out your creative side.

What Is the Apollo 11 Marijuana Strain?

It is a sativa-dominant hybrid and is a cross of Apollo 13, Cinderella 99, and Genius. Brothers Grimm bred this strain, and while its THC content isn’t off the charts, it remains a potent strain. While Apollo 13 is named after the infamous aborted lunar mission, Apollo 11 comes from a happier event. It is, of course, the name of the mission where Neil Armstrong became the first man to walk on the moon.

Apollo 11 weed is ideal for someone who likes to relax. After a few tokes, you may find your everyday worries and stresses melting away. Those familiar with the concept of ‘mindfulness’ understand the importance of ‘being in the moment.’ This is precisely what Apollo 11 helps you to do. 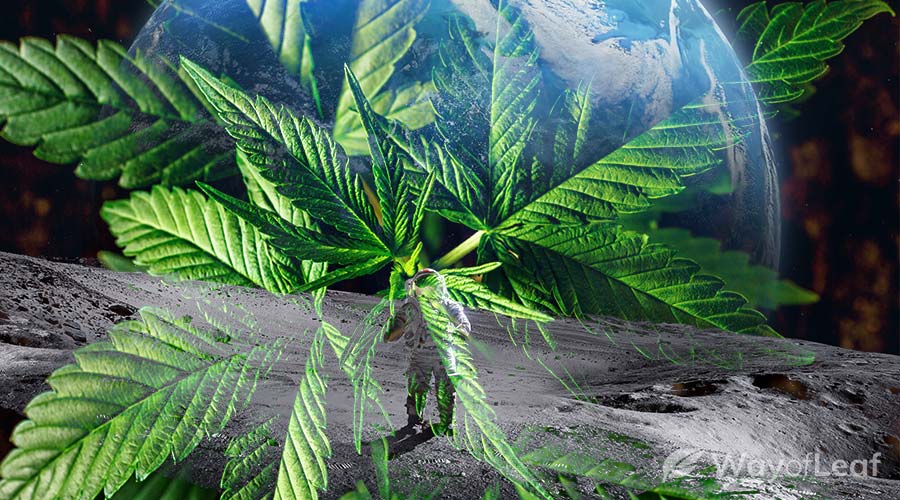 It is unquestionably one of the best options for anyone seeking a daytime smoke. While there are higher-THC strains out there, not many have the general potency of this one. What’s interesting is the contrasting effects Apollo 11 can have. Some users say it promotes a feeling of tranquil drowsiness. Others suggest that it helps combat fatigue, and provides an energizing and uplifting sensation.

Beware the strong cerebral effects; we’ve heard users say they felt ‘spaced out’ after using Apollo 11, hence the name. You may also find the feeling of body relaxation is so profound that couchlock is inevitable. It is also possible that you will get distracted easily while stoned. As you can likely tell by now, this is a strain with contradictory effects! In essence, it is best to use Apollo 11 when you have nothing else important planned for the day.

The Apollo 11 marijuana strain is not the best option for secret smoking sessions. You can smell an open container of it from several feet away! Therefore, we recommend investing in a high-quality airtight box for storage. It is also a good idea to leave out bowls of baking soda while you smoke to absorb some of the scents. That said, the added lemon citrus scent is rather alluring, and mixes well with the skunky aroma.

This is a crisp-tasting cannabis strain, with ample citrus flavors, especially lemon. You are also rewarded with a delightful cheesy sensation. Overall, you will likely want more after tasting it for the first time.

The long and thin buds are bright green and adorned by a generous layer of trichome crystals. As harvest time approaches, you will appreciate the resinous buds and become excited at the prospect of using this strain.

The best place to get Apollo 11 seeds is from Brothers Grimm Seeds. You may find them in packs of 12. The breeder has a reputation for producing easy-to-grow cannabis strains, and Apollo 11 is no different. It grows relatively rapidly with a flowering time of 7-8 weeks. In general, you can expect the females to grow into short, bushy plants. You will also see dense, resinous bud sites.

You can use SOG or SCROG training to keep the size of the plants to a minimum. When they are growing, you may find that the grow room has a strong smell of citrus and lemon. Some growers suggest that their cultivation space smells as if someone has spilled a barrel of cleaning fluid in it! As a result, it is a good idea to invest in a high-quality air filter. If you decide to grow it outdoors, make sure you take note of prevailing winds.

Apollo 11 tends to develop a large number of buds across multiple branches. As a result, you will need to provide plenty of support. In general, you will find little variation in the phenotypes of this plant. The yield is best described as ‘medium.’ You can expect to generate 3-5 ounces per plant. You can grow Apollo 11 well outdoors, indoors, or if you are fortunate enough to have a greenhouse.

There is a reasonable difference in the potency of Apollo 11 cannabis, depending on where you get it. Its THC content can range between 16% and 22%.

In general, there is less than 1% CBD in Apollo 11, which means it does little to impede the intoxicating high.

This strain has become a popular one for individuals seeking relief for their chronic pain. Users say they prefer the more targeted approach of Apollo 11 to more powerful strains. It is potent enough to make you believe you feel better, but not quite as intoxicating as some of the super-strength weed on the market.

The uplifting effects mean some users like to try it for stress and depression. Apollo 11 may also boost your appetite. We have heard that it could help with headaches, and perhaps even with gastrointestinal distress. Although its effects vary, you may also find it useful for helping promote a better sleep cycle. In that instance, it is better to try and use it later in the evening rather than the afternoon.

Possible Side Effects of Apollo 11 Strain

In general, you can expect the usual adverse effects, such as cottonmouth and red eyes. In most instances, issues with the eyes relate more to the impact of the smoke rather than the strain. Try vaporizing Apollo 11 or using it in an edible form to see if that alleviates eye problems. It is also potent enough to overstimulate novice users, so use it with caution.

Ultimately, this is a strain you can use to relax in the afternoon. It is probably a little too potent for novices, however. Most users prefer to find Apollo 11 flower and smoke it. However, you can purchase Apollo 11 oil pens, or concentrates such as shatter and wax. Its effects can vary depending on the user, though it generally seems to cause a spaced-out sensation. Apollo 11 could also cause the munchies, so make sure you have food ready just in case.

All about this magical hybrid

20
4 min read
Join the discussion
TOC
Premium
Your subscription has ended
If you love cannabis and appreciate our content, join WayofLeaf Premium today and receive:
Best of all, part of your membership fee will go towards helping to legalize cannabis.
Go Wayofleaf Premium
No thanks, I can't afford it
I already have an account
×
Login in to your premium account