WayofLeaf Staff
4 min read
2 comments
Animal Cookies Strain Overview
The Animal Cookies strain is an excellent choice as a medicinal bud and has a pretty potent THC level, averaging in around 23%. As a result, it is a great choice for anyone experiencing a condition involving chronic pain. It also has a delicious flavor profile, boasting notes of cookies, cherry, and vanilla, so it's pretty scrumptious too! 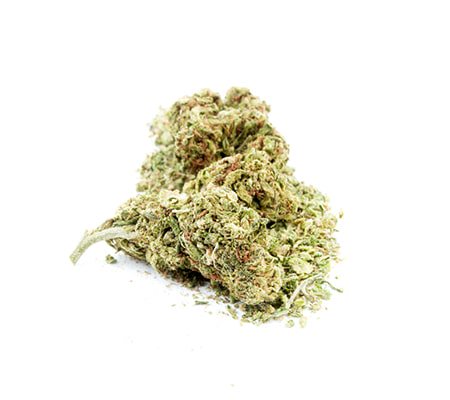 After months of rigorous testing and time spent perfecting this strain, BC Bud Depot knew that they had a winner on their hands with Animal Cookies. This is hardly a surprise, as one of the hybrid strains used to breed Animal Cookies, namely Girl Scout Cookies, has won several awards at the Cannabis Cups.

Animal Cookies is an indica-dominant clone-only hybrid strain that was formed when two legendary hybrids, Girl Scout Cookies and Fire OG, were combined. With Animal Cookies, BC Bud Depot has managed to retain Girl Scouts Cookies characteristic cookie flavor, while producing a stronger more potent plant that produces an even better quality yield than either of its parent strains.

Animal Cookies is renowned for its many medicinal benefits thanks to its potent indica genetics.

Animal Cookies is renowned for its many medicinal benefits thanks to its potent indica genetics. Make no mistake, Animal Cookies is an extremely potent strain. The world’s largest cannabis analysis laboratory, Analytical 360 has recorded THC levels of between 18% and a staggering 27% when testing Animal Cookies samples. While its CBD levels average at around 1.0%, some cultivators have claimed that they have recorded CBD levels of up to 4.0% in their Animal Cookies plants.

By now it should be clear that Animal Cookies is definitely not a strain that you should take lightly, and if you are a novice smoker, you would be wise to leave this one to the more experienced cannabis users out there.

Appearance-wise, Animal Cookies is a medium to tall plant when fully grown, with dense, popcorn-shaped buds. Its large fan leaves are dark green with tips that sometimes turn purple. A very generous coating of sticky, white and cloudy colored trichomes cover the entire plant come harvest time, which are complemented by bright orange pistils growing around the plant’s leaves. 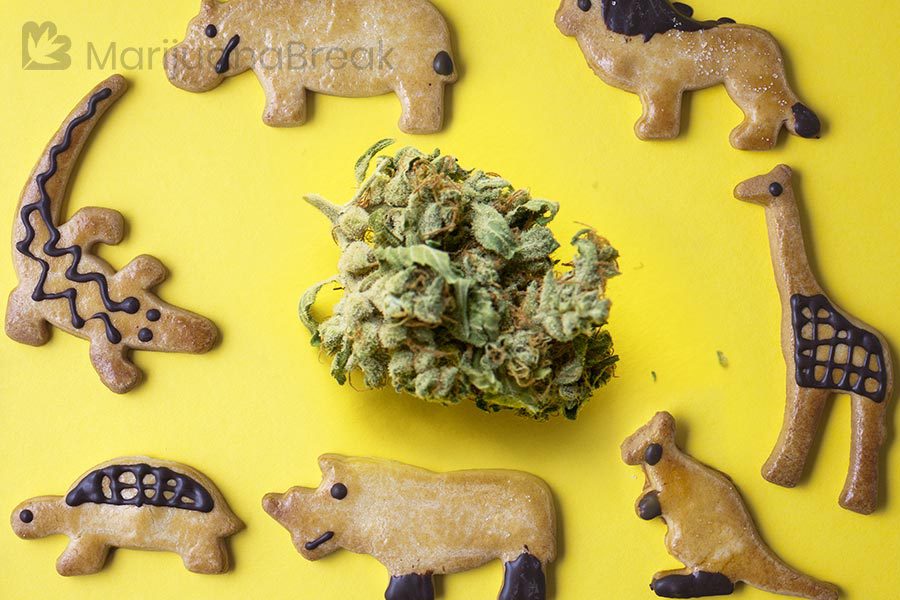 Animal Cookies’ fragrance is a mix of sweet and sour aromas combined with a dank, earthy pungent odor. BC Bud Depot describe Animal Cookies’ flavor as tasting of cherry cookies, while its many consumers have described its flavors as sweet, vanilla, nutty, earthy and pungent.

Growing an Animal Cookies plant is considered to be of moderate to high difficulty. The general consensus points towards growing this plant indoors due to its high maintenance nature, as this plant requires regular pruning to achieve the best possible yield.

This plant grows quite tall and it is recommended that indoor growers of this plant bend and trim the stems and branches to encourage lateral growth. It is important to trim any large fan leaves growing at the top of the plant to ensure that the lower branches and flowering nodes receive enough light. This will also help promote better airflow and circulation as well as providing its buds with more energy to help them flourish and grow. 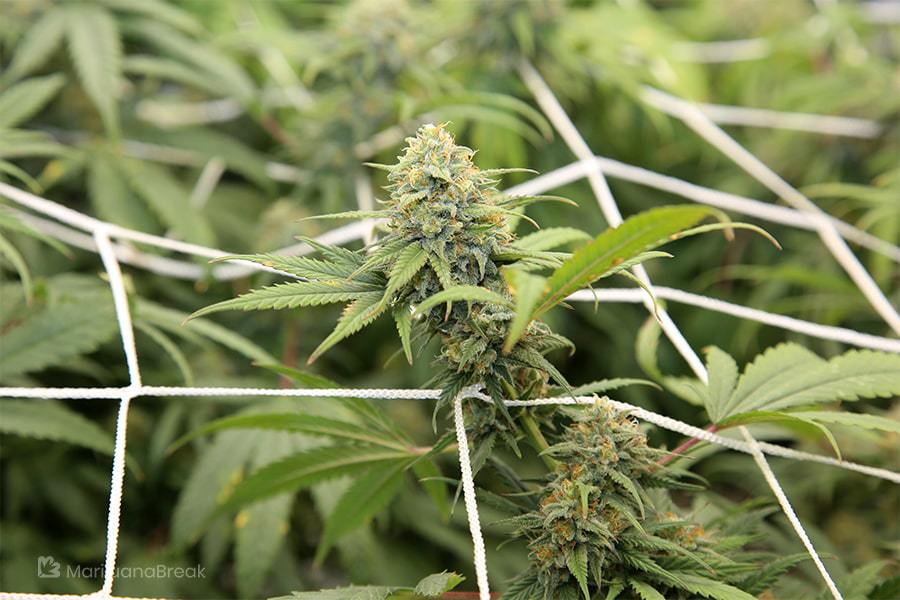 An Animal Cookies plant is quite pungent, even when it is in the vegetative stage, so if you intend to grow this plant indoors, you should consider using carbon air filters to improve ventilation and counteract the pungent odor produced by this plant.

The Animal Cookies strain is renowned for its many medical benefits. Animal Cookies produces a high described by smokers as coming on fast, leaving you happy, euphoric, uplifted and relaxed. This makes Animal Cookies not only great for unwinding after a long, hard day at work but also a useful antidote for mood disorders such as depression.

Does your health condition qua…

Smokers of Animal Cookies say its indica genetics produces a “body-melt” effect, leaving your whole body deeply relaxed and making this strain a great choice for people suffering from insomnia. Animal Cookies is also known as an effective pain reliever, too. It can be used to treat arthritis, headaches, muscular pain, lower back pain as well as other painful conditions.

Animal Cookies is also considered to be moderately effective at counteracting nausea and enhancing appetite, which makes this strain a possible choice for managing the negative effects of chemotherapy for cancer patients.

The main negative side effect associated with Animal Cookies is that it results in dry mouth. Smokers of this strain rate its dry mouth effect at ten out of ten for severity. The next most commonly reported side effect is dry eyes. The smoke produced by Animal Cookies is also quite harsh on the lungs and it is fairly common for smokers of this strain to experience fits of coughing as the effects begin to kick in.

It is fairly common for smokers of this strain to experience fits of coughing as the effects begin to kick in.

As Animal Cookies is a potent strain of cannabis with indica-dominant genetics, smokers find that overindulging can lead to a strong couch-locked feeling, where they feel so stoned that they struggle to get off the couch or are unable to function properly.

Other smokers, mainly novice smokers, or people new to strains with high THC contents have found Animal Cookies to be a bit too strong for them, reporting feeling dizzy, as well as feeling more anxious or even paranoid. Thankfully, these side effects are far less common and more experienced smokers who don’t overindulge are unlikely to experience any of these negative effects.

Animal Cookies’ indica genetics produce deeply relaxing full body effects, making this strain a great choice for the recreational or medicinal cannabis smoker looking to de-stress. While this strain has many health benefits, its potency should be considered while deciding on whether to try this strain or not. Animal Cookies’ high THC level, which has been recorded by cannabis analysis laboratory Analytical 360 to be as high as 27%, perhaps makes this strain unsuitable for novice cannabis smokers.