Written by Editorial Team
6 min read
0 comments
Read Later
All information on this website is for general informational purposes only and is not intended or implied to be a substitute for professional medical advice, diagnosis or treatment.
Alpha OG Strain Overview
An incredibly strong strain that you should watch out for, it is still delightfully pleasant and tasty; try it, but make sure you are prepared. 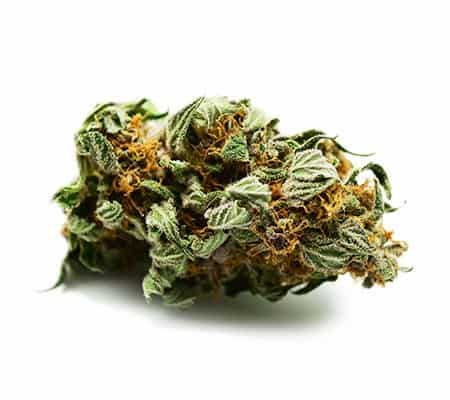 Different cannabis strains all over the world are famous for their unique blend of effects. While the strength of THC is a pretty universal favorite, there are few strains that reach the heights of Alpha OG.

A strain with innumerable awards and one of the best highs around, Alpha OG is a strain that everyone needs to try at least once. Even if you can only get a brief toke, it is worth it to experience such optimum levels of THC.

Here is all there is to know about the Alpha OG strain and what you can expect from such an infamous high.

What Is the Alpha OG Strain?

The Alpha OG strain is practically infamous for its crazy levels of THC. Not only that, but it has an exciting blend of genetics that make it both eerily reminiscent of OG Kush and exceedingly unique in its effects.

Adequately described as a phenotype of the classic OG Kush strain, the Alpha OG strain has won all kinds of awards for potency and pleasant effects. As a phenotype, you might expect the Alpha OG strain to be pretty similar to the OG Kush strain. However, after first imbibing just a little bit of this strain, the high will seep into your bones far quicker than you would expect. 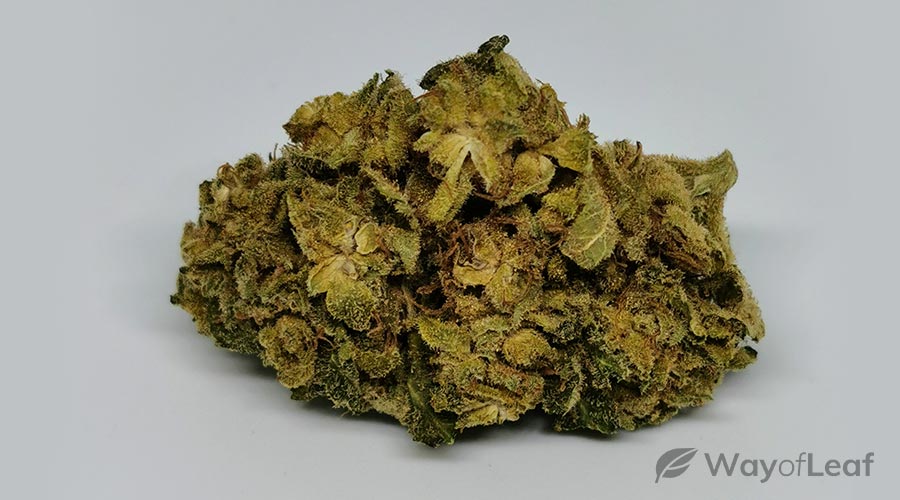 But don’t worry about an electrocuting and intense high. The intensity increases over time, trickling into your body over a long period. You will be warmed and soothed, giving you the distinctly familiar sensation of pure joy and happiness.

It undergoes a few of these gradual transitions throughout the length of the high, going from your head to your body and back again. It possesses a forceful rush that gives you a sense of excitement and a desire to move, yet a substantial inability to do so.

Of course, just like its parent strain OG Kush, Alpha OG is well known for its soporific qualities. Expect to find that your bones have basically melted away at the end of the high, leaving you incapable of anything but resting.

Altogether, Alpha OG presents itself as a typical heavy indica, yet it somehow manages to morph into more than you expected.

Everyone is familiar with the scent of the OG Kush strain, but is Alpha OG any different?

As you approach the buds and get a whiff, you will notice a vast blend of flavors and aromas. The first thing you will notice is a big burst of herby goodness, like walking into an herb garden.

This is followed by a bright kick of spiciness, almost like a dash of chili pepper. At the very end of the aroma, you will notice floweriness that is a bit difficult to describe or assign to a particular flower correctly.

Ultimately, Alpha OG smells a bit like an air freshener or potpourri, but not in a bad way. It smells fresh and inviting, but also remains quite mild.

The taste is surprisingly similar to its aroma, offering up a mix of different flavor profiles and unique tastes. It is, in its own way, a mix between all different types of cannabis.

There is still that same funkiness that OG Kush offers, but it is more intense than OG Kush, and it offers more than just the basics.

The buds of the Alpha OG strain are surprisingly intricate in their coloration. They have that typical greenness that all marijuana buds have, but it is interspersed with gold, giving it a really attractive appearance. Furthermore, there is a decent amount of those plentiful orange pistils that denote potency.

Of course, it also has plenty of white trichomes that give it so much of its cannabinoid content and aroma.

The best way to enjoy the appearance of the Alpha OG strain is to try and grow it yourself. This is the only real way to see the buds develop over time.

Growing your own Alpha OG is not as difficult as you might imagine. You will first need to locate some Alpha OG strain seeds, which is the main obstacle.

As it is a phenotype of OG Kush, the creators of this strain are somewhat protective of it. You might find that the seeds are pretty impossible to find. To overcome this, hunt down someone already growing some Alpha OG and get a clipping so you can grow your own.

Once you get hold of a plant, it only requires moderate knowledge, with few special growing techniques. In fact, it is a great strain to practice on before moving onto harder strains that require more knowledge.

You can grow Alpha OG indoors or outdoors, depending on your facilities, but it is best to give it a soil growing medium. Alpha OG tends to respond poorly to hydroponics, as its root system can be quite intense and wide-spreading.

It has a pretty average growing period and doesn’t need anything special to get it growing. To help increase its final yield, simply trim off the bottom layer of leaves as they begin to become overshadowed by the canopy. This ensures the plant doesn’t focus too much attention on growing lower leaves. Instead, it can use that growing energy on developing healthy buds for you to harvest.

You can also leave it on its own and still get a decent yield with no intervention. Just a warning, though; Alpha OG smells quite pungent, so make sure it is well-hidden or growing alongside an air ventilation system. This means that no one will poke their nose over your fence to find out what that vaguely flowery smell is, and thus discover your growing op.

Alpha OG cannabis has a reputation for being immensely strong. This comes down to its THC content, which is a whopping 24%. For those inexperienced with cannabis, this might not seem like much, but it’s actually a considerable amount.

This is enough THC to cause pretty overwhelming effects, so make sure you watch out. If you are not used to a large amount of THC, it can prove to be too much for you to handle on your own.

If you were hoping that Alpha OG contained any CBD whatsoever, you likely have not experienced a lot of different cannabis strains. A good rule of thumb to keep in mind is that if there is a high concentration of THC, you won’t find any CBD at all.

Don’t despair, though; there are still all kinds of valuable medical benefits of this potent strain.

Alpha OG is a strain with a reputation for potency and long-lasting effects, which is reason enough for it to be considered a medical strain. For example, its most common medical benefit enjoyed by thousands is its ability to help you fall asleep at the end of a long day.

For those who struggle with insomnia or mental issues that keep sleep away, this strain can help you fall asleep with no complications. This same sedative effect can also help deaden pain and make day to day living so much easier.

Anyone suffering from periodic pain, frequent aches or headaches, or even spasms of your muscles, this is a great strain to try. It will make all your problems melt away, leaving you almost incapable of remembering what your question was.

After all, there are few things that gentle relaxation and peaceful slumber at the end of a painful day can’t solve.

Possible Side Effects of the Alpha OG Strain

Considering the sheer potency and THC concentration of this strain, it is no surprise that it has a decent list of side effects that you will need to keep in mind before trying. Firstly, the Alpha OG strain has a deep intensity and overwhelming impact. After smoking even a small amount of Alpha OG, you will likely feel pretty overwhelmed.

This can be pretty unpleasant for those who are not expecting it, as this kind of overwhelming effect can leave you pretty disorientated. It can develop and morph into dizziness, so much so that it can leave you feeling uncomfortable.

Make sure you keep a comfortable surface nearby to collapse onto, as otherwise, you might find yourself just sitting on the floor.

For those who already struggle with it, Alpha OG has a tendency also to induce feelings of paranoia and anxiety. While this won’t happen to everyone, a good number of people report feelings of overwhelming paranoia after smoking a decent amount of this strain.

Other than that, there are the pretty standard cannabis side effects, such as dry eyes and dry mouth. Fundamentally, you need to make sure that you are prepared for what might happen after trying some Alpha OG. As long as you go into it knowing of the side effects, you should be fine.

The Alpha OG strain is definitely best described as the ultimate example of the OG Kush strain. It is potent, almost monstrously so, and offers up lots of powerful sensations. However, it is fundamentally super enjoyable, especially if you want to fall asleep happily.

If you are someone who struggles with peaceful sleep or who finds that life is just a bit too difficult during the day, then Alpha OG can help. Alternatively, you might enjoy this strain as a way to chill out and relax.

There are few strains that induce a more relaxed feeling, and none of them do so with Alpha OG’s exquisite flavor profile.