Written by Hayley Rees, HBCom
4 min read
0 comments
Read Later
All information on this website is for general informational purposes only and is not intended or implied to be a substitute for professional medical advice, diagnosis or treatment.
Alchemy Strain Overview
The Alchemy strain is a 50/50 hybrid (50% sativa/50% indica) that was created by crossing the Chemdawg and Querkle strains. Boasting high levels of THC, this bud is sure to restore both your mood and appetite. 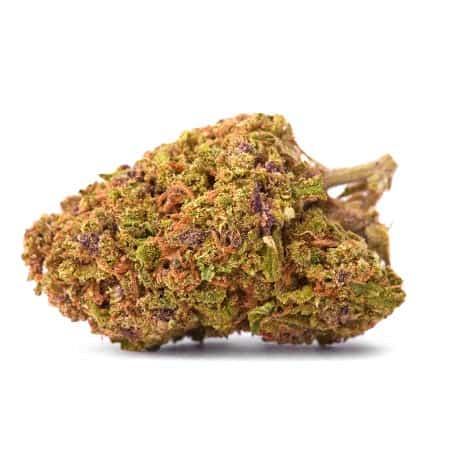 Flavors
Earthy
Grape
Sour
Sweet
Common usage
Chronic pain
Depression
Muscle spasms
Stress
Effects
Creativity
Focus
Happy
Growing info
The Alchemy plant is recommended for both indoor and outdoor growing systems. This strain has a quick flowering period when compared to other cannabis buds. You can expect it to flower within a short 6 to 8 weeks. BUY SEEDS FOR THIS STRAIN AT OUR #1 RATED ONLINE SEED STORE: HOMEGROWN
THC
21%
CBD
1%
Sativa
50%
Indica
50%

Before chemistry ever existed, there was the medieval science of chemicals known as alchemy.  Alchemy was described as a process or power that transforms or changes something in an impressive or mysterious way. Today, we recognize alchemy as a pseudoscience, and chemistry has been given its rightful place as a serious scientific field. However, these two terms initially overlapped in meaning, only separating by the 17th century.

Alchemy and alchemists are older words than chemistry and chemist. Alchemists believed that ordinary metals could be transformed into gold, diseases could be cured, and life could be prolonged through transmutation (changing some essential elements into a superior form). The main objectives of early alchemists were to develop a universal elixir that would be the key to prolonged life, as well as lifelong happiness.

Based on this premise, professional cannabis alchemists created the Alchemy strain in an effort to bring magic into the world. Although this strain isn’t the solution to long life, it provides a universal high that stimulates both the body and the mind, bringing users to a heavenly state of bliss.

What Is the Alchemy Strain?

The Alchemy strain is a 50/50 hybrid (50% sativa/50% indica) that was created by crossing the Chemdawg and Querkle strains. Boasting high levels of THC, this bud is sure to restore both your mood and appetite.

Alchemy is a great “wake-and-bake” strain. It can replace coffee in the morning thanks to its energizing yet calming buzz and will keep casual users productive throughout the day. On a recreational level, the boost in confidence helps users to speak up more.

Alchemy features the fast-acting effects of its sativa genes. As a result, the psychedelic high doesn’t take long to begin.

Moments after the first two or three hits, a surge of happiness takes over the mind until it’s cleared of any negativity and doubt. The mental clarity is stimulating for casual users. It makes way for thoughts to form and flow freely. It also heightens motivation so that users are able to concentrate for longer periods of time. 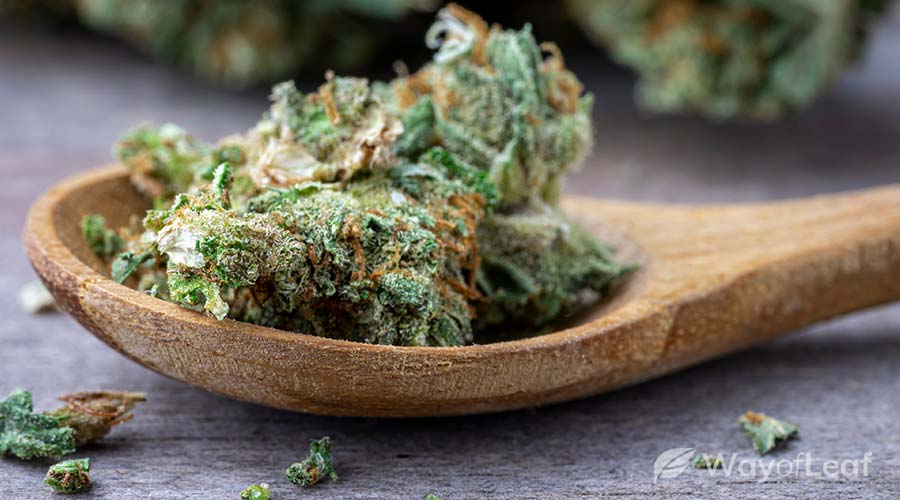 It’s not easy to find a high quite as dynamic as that induced by Alchemy. With powerful waves of cerebral engagement accompanied by tranquilizing body effects, you can expect an all-over high that begins in the head and takes over the body for a complete calm down experience.

The Alchemy effects are long-lasing, coming and going throughout the day, offering users minor bursts of energy that encourage creativity and focus. Eventually, you will wind down into a deep and happy sleep.

The Chemdawg genetics contribute with early and oily aromas, while the Querkle side provides the Alchemy strain with its musky and grape scent.

When smoked or used in an edible form, the Alchemy strain flavor is best described as sour grapes, honey, and earthy. It’s both sweet and sour with strong hints of honey in the smoke.

The Alchemy plant is wreathed in purple fan leaves and lavender tip nuggets. The plant is medium in size.

The Alchemy plant is recommended for both indoor and outdoor growing systems. The growing difficulty level is considered to be moderate. The body of the plant grows to a medium height with dense buds. The plant thrives when it’s topped and shaped early on and has a support structure to keep it steady.

This strain has a quick flowering period when compared to other cannabis buds. You can expect it to flower within a short 6 to 8 weeks. Typically, these plants produce yields of between 10 to 12 oz per square meter, which is considered to be an average yield.

In outdoor environments, this plant blooms between the last week of September and mid-October. At harvest time, each bud yields an average of 14 ounces of buds.

The Alchemy THC levels peak at 22%, giving it a potent high that’s complemented by the mild CBD content.

Just about all cannabis has at least some amount of CBD in it since this is the natural way that cannabis develops in the wild. However, due to the growing efforts of breeders, most contemporary strains contain minimal CBD.

Alchemy contains only trace amounts of CBD. We would be surprised if its CBD level even reached 1%.

Medical Benefits of the Alchemy Strain

Thanks to its highly potent and sedative properties, users enjoy an almost instant relief that will last throughout the day or night. For depression, bipolar, stress, and even anxiety, Alchemy works well at getting you in the right headspace.

Thanks to the happy high it induces, the strain calms the mind of overwhelming anxiety and dread. For this reason, Alchemy can be great for managing behavioral disorders as well as mental health issues.

Working as a natural painkiller, Alchemy also relieves various aches and pains that begin in the temples. It helps soothe the muscles until they are fully enveloped in relaxation. Moreover, the antispasmodic properties stop the muscles from suddenly contracting and causing pain.

Possible Side Effects of the Alchemy Strain

Like many other strains, Alchemy may cause dry/red eyes and dry mouth. Although these effects are mild and not anything to be alarmed by, they can be uncomfortable. You can minimize the effects by staying hydrated throughout the day.

Also, although rare, some users may experience bouts of subtle dizziness. In most cases, this is due using the strain beyond limitations. In other words, consuming more than you can handle. This is why it’s important to pace consumption by starting with low doses.

Final Thoughts on the Alchemy Strain

Stimulating in nature and calming in design, Alchemy has the best of both worlds and offers users the opportunity to get creative through usage. This is a strain that induces a relaxing yet stirring high that will allow smokers to be productive, meaning it’s a great strain to smoke at any time of the day.

The mental clarity provided by Alchemy is something that is praised by many people.

Keep in mind that Alchemy is a potent strain and isn’t recommended for heavy use in novice users as the effects can become overwhelming pretty quickly. Also, it’s a solid munchie strain, which means that after a few tokes, you will probably want to raid the fridge. But if you’re looking for a well-balanced strain that has a positive effect on the body and mind, this is a good choice.

Is it as awesome as it sounds?