Written by John Killerlane, B.A., HDip
4 min read
1 comments
Read Later
All information on this website is for general informational purposes only and is not intended or implied to be a substitute for professional medical advice, diagnosis or treatment.
24K Gold Strain Overview
The 24K Gold strain is a true treasure of a bud. If you’re a fan of sour and tangy fruits, you’ll love 24K Gold. This strain instills deep relaxation and reportedly is effective at alleviating arthritis, muscle aches, and migraines. 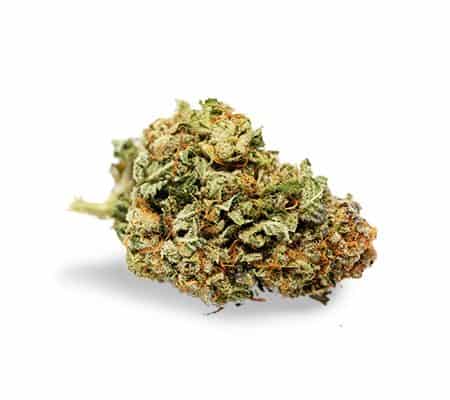 A karat is a measure of the purity of gold. When you see gold listed as 24 karats, it means that it is 100% pure gold, i.e., it has not been mixed with another metal. As this strain gets its name from the highest karatage of gold, you know you’re dealing with a top-quality hybrid.

What Is the 24K Gold Strain?

24K Gold is an indica-dominant (60% indica; 40% sativa) strain created by legendary cannabis breeders, DNA Genetics. It is a descendant of cannabis royalty as it is a cross between the award-winning indica Kosher Kush and the mouth-watering sativa Tangie.

24K Gold’s cerebral effects tend to kick in faster than your average indica-dominant strain. Due to its potency, this strain is better suited to more seasoned cannabis consumers. If you have little or no experience using high THC cannabis strains, then 24K isn’t for you.

Some 24K Gold users say that psychedelic-like effects can accompany the initial high.

Some 24K Gold users say that psychedelic-like effects can accompany the initial high. The most common include a heightened perception of sensory stimuli such as visual and auditory distortions. While experienced cannabis consumers may think these effects are exciting or fun, novices may find them overwhelming and unsettling.

24K Gold’s cerebral high starts with a feeling of euphoria and happiness but gradually tapers off as the indica effects kick in. Users typically experience deep relaxation, making this strain better suited to evening rather than morning use.

If you overindulge, you are likely to experience this strain’s inhibiting couch-lock effect. If you are happy to sit back and relax and “veg out” while watching TV, this won’t be a problem. However, if you have any urgent deadlines, you should avoid consuming 24K Gold weed beforehand.

24K Gold, like its parent strain, Tangie, has a deliciously sweet citrusy orange fragrance combined with hints of pine and musk. When broken up, the buds give off a slightly spicy smell with a subtle incense-like aroma.

24K Gold’s fragrance lets you know what to expect taste-wise from this strain. It has a sweet, fruity, citrusy-orange flavor that tastes just as good as it smells. Some 24K Gold weed smokers say that they can detect a slight peppery taste on the exhale. The smoke produced from 24K Gold is thick but smooth and not too harsh on the throat or lungs.

A mature 24K Gold plant produces medium to large-sized flowers with a dense indica-type bud structure. Depending on the phenotype, these buds can be round or almost spade-shaped. The leaves are light green, with orange pistils growing prominently among them. A 24K Gold plant has a heavy coating of trichomes, giving it a wintery frosted appearance.

Experienced 24K Gold growers say that this plant is quite challenging to cultivate indoors. However, it thrives outdoors in a sunny and warm, semi-humid climate. This plant tends to grow quite tall during the vegetative stage and stretches considerably during the flowering stage. Therefore, if you are growing the 24K strain indoors, space will be an important consideration. 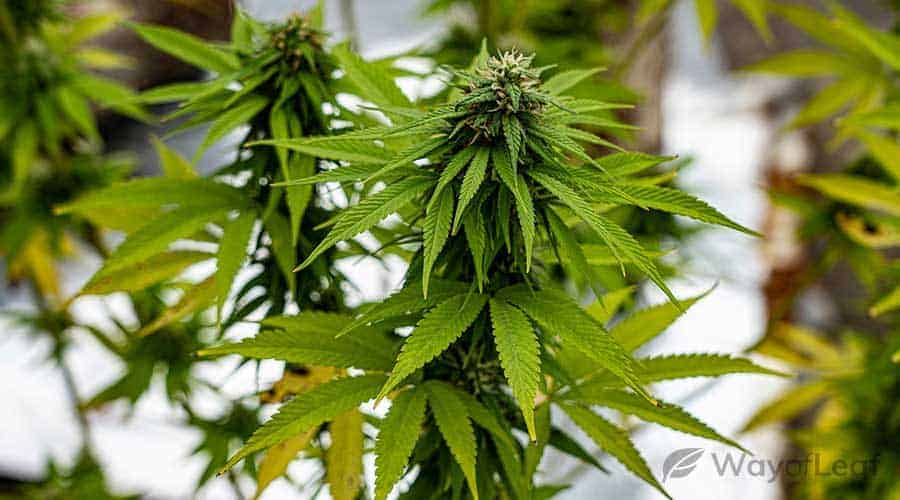 We recommend training your plants early in the vegetative stage to keep their height under control. Regular pruning will keep their shape more compact and help to maximize air circulation, light exposure, and energy distribution to the growing buds.

A 24K Gold plant has a relatively long indoor flowering period of around 9-10 weeks, so it requires dedication and patience. The extra effort will be worth it in the end as 24K Gold produces approximately 16 ounces of bud per meter squared.

Outdoors, 24K is ready for harvesting by late October. Its outdoor yield is even higher, at 21 ounces per plant.

24K Gold offers many potential health benefits to medicinal cannabis consumers. This strain’s primary health benefit is arguably its ability to reduce stress by instilling a feeling of deep relaxation. Also, its uplifting effects may help to address mood disorders such as depression and anxiety.

Related article
5 Cannabis Strains That Will Make Any Pessimist Optimistic

Something to lift the mood…

Some 24K Gold consumers say that in higher doses, it can induce sleepiness. Therefore, experienced cannabis consumers with insomnia may find this potent strain helpful.

The 24K Gold strain is reportedly effective at alleviating arthritic joint and muscular pain and headaches, too. Finally, 24K Gold has an appetite-enhancing effect, as it commonly causes ‘the munchies.’

Possible Side Effects of the 24K Gold Strain

This strain’s tendency to cause couch-lock in higher doses is perhaps its most significant side effect. While some may be happy to sit back and unwind, others may find this too inhibiting and maybe even off-putting.

Novices, or people who overindulge, may also experience a slight headache, anxiety, paranoia, or dizziness.

Even those who consume this strain in moderation may experience its more common cottonmouth and dry eyes side effects.

If you are looking for a strain to help you de-stress and unwind, then you will feel like you have struck gold with this one. However, it is essential to bear this strain’s potency in mind before deciding whether to consume it or not. While 24K Gold’s average THC level can be as low as 16%, it can also be as high as 24%. Therefore, it is unsuitable for novices.

24K Gold’s psychedelic-like effects may also be off-putting for medicinal cannabis consumers. There are strains with milder side effects available for people looking to relieve the symptoms of their health condition.