If you are trying to become a cannabis grower, it is essential to learn more about marijuana seeds. Unfortunately, there are sellers of dubious reputation selling low-quality seeds. Buying such produce will sadly lead to a poor harvest or failed crop.

It is also crucial to familiarize yourself with United States law, especially any cultivation laws that apply to your state. Hopefully, this guide will help you avoid making purchasing and planting mistakes.

Cannabis Seeds – What You Need to Know

Most marijuana plants are dioecious. This means their male and female reproductive organs are found on separate plants. To grow females, you must place them far away from males. Otherwise, the male plant pollinates the female and hinders its ability to produce high potency cannabis.

Seedless female flowers are grown without males. These are called sinsemilla (this means ‘without seed’ in Spanish). The potent weed you find in your local dispensary comes from such a flower.

A male plant must pollinate a female plant’s flower for it to reproduce. When this happens, the female flower produces seeds. There are also hermaphrodite plants. These contain male and female reproductive organs. They are capable of producing pollen and self-pollinating their flowers.

Irrespective of whether a male plant pollinates a female or one plant self-pollinates, seeds get created. Once they reach maturity, they are dropped from the plant and can produce new marijuana plants. Alternatively, they are harvested for hemp oil or food.

For the record, the only sure-fire way to determine the difference between a male and a female plant is to let them grow for a while. You likely won’t spot the gender of a plant for around six weeks, which is the pre-flowering stage. If a small bud is visible between the new branch and the main stock, it is probably a female plant. Eventually, buds become adult flowers. Another tip is to look for white pistil hairs that grow where the bud ultimately forms.

You can spot male cannabis plants by the pollen sacs they create. These are bulbs that resemble tulips in terms of shape. They don’t have any pistil hairs growing. When you spot a male plant in your garden, remove it immediately. Otherwise, it will pollinate female plants that produce seeds rather than developing a flower.

Waste not, want not!…

What Are Feminized Marijuana Seeds?

‘Feminized’ cannabis seeds are produced by causing the hermaphrodite condition in a female plant. You can do this via Rodelization, by spraying gibberellic acid or a colloidal silver solution. What happens is that you use ‘male’ pollen from a hermaphrodite plant to fertilize a female flower. As a result, you end up with plants that are either hermaphrodites or females, but never males.

In the right conditions, feminized marijuana strains can gain resistance against becoming hermaphrodites. This means the seeds are guaranteed to grow into female plants. It is a process that saves commercial growers, in particular, a great deal of time and money.

Also known as ‘cloning by seed,’ it is a reliable way to avoid producing male plants. On the downside, finding a stable mother plant for seed production is expensive and time-consuming.

A high percentage of feminized seeds become hermaphrodites. This scenario results in marijuana flowers with seeds in them and lower overall yield. Don’t use feminized seeds if you intend to breed plants. On the plus side, this type of seed is ideal for beginners who want to avoid male plants infiltrating their cannabis garden.

What Are Autoflowering Cannabis Seeds?

Eventually, you need to change the light cycle of a marijuana plant to help it move from the vegetative stage to the flowering stage. The length of time a plant is exposed to light is known as a ‘photoperiod.’ It is normally anywhere between 16 and 20 hours a day during the vegetative stage. Next, you have to expose the plant to 12 hours of continuous darkness each day for a couple of weeks to help it reach the flowering stage. 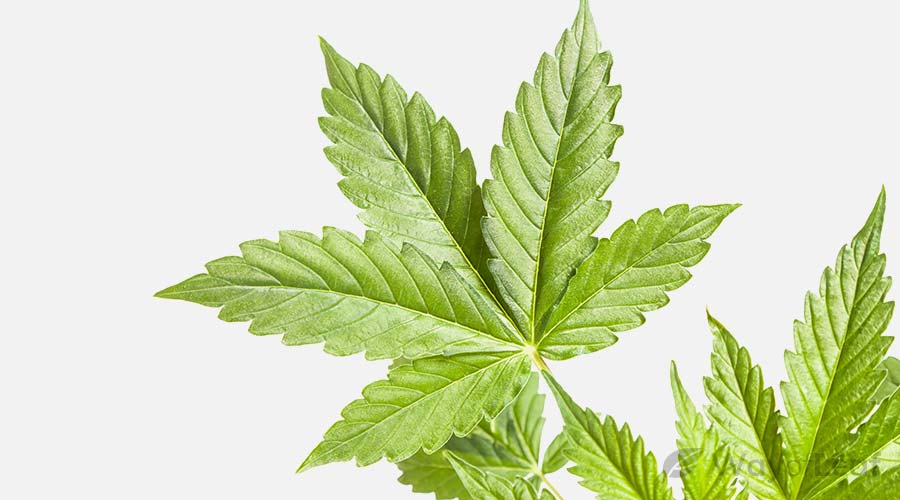 Autoflowering cannabis seeds are very different. They are based on the Cannabis ruderalis species. It flowers once the marijuana plant reaches a certain age, regardless of its light exposure. It is possible to cross a potent marijuana strain with a lower-THC ruderalis variety to produce an autoflowering strain.

This type of seed is ideal if you grow marijuana plants in a climate where summers are typically cold and short, and the rainy season appears relatively early in the fall. With autoflowering seeds, you can begin growing in early spring because it will flower during summer.

Although these plants don’t need a specific light cycle, they do require consistent light to produce the highest yields. Please note that the nature of autoflowering strains means you can’t keep them in the vegetative stage.

What is a Cannabis Clone?

A cannabis clone is a cutting taken from a marijuana plant. You place it in a growing medium (such as soil or Rockwool) to ensure it grows roots. After the cutting has rooted, you can guide it into a mature plant. Best of all, it is genetically identical to the plant you cut it from.

Cannabis seeds have genetic information from its two parent plants, which are expressed in a variety of combinations. For instance, you could have a plant that picks up most of its traits from one parent. Alternatively, it could have several characteristics from both.

Attempting to create genetically identical marijuana plants from seeds is exceptionally tricky. It takes a considerable amount of time and patience.

Typically, experienced producers elect to plant several seeds and pick the best plant. Next, they take cuttings from this ‘master’ plant and use them to grow marijuana flowers. They may also take a proven clone purchased from another grower and use it as their master plant.

Where to Buy Cannabis Seeds

There are online seed banks located around the world, in countries such as Canada, Spain, Holland, and the United Kingdom. In such nations, it is relatively easy to buy cannabis seeds because the laws are relatively lenient. When it comes to the United States, however, things get very complicated.

At the time of writing, there are 33 American states plus Washington D.C. that have legalized weed either recreationally or medicinally. However, marijuana remains illegal on a federal level. States have no obligation to enforce federal weed laws. However, they are powerless to prevent federal law enforcement from imposing their rules.

If you live in the U.S. and try to buy marijuana seeds online from an overseas country, the United States Customs and Border Protection could confiscate the package. It is unlikely that you will face legal difficulties, however. If your package is seized, most reputable seed banks will send you another one as a replacement.

It is also illegal to transport cannabis seeds across state lines. This is the case even if you only travel in states where marijuana is legal. A resident of Washington state could theoretically get in trouble for purchasing cannabis seeds from a company in California. Even so, seed banks know the risks. They usually take precautions to ensure your seeds are delivered safely.

There is also a potentially interesting way to work around the law without breaking it. In some cases, it is legal to purchase cannabis seeds for uses other than growing marijuana. For example, in some locations, you can technically buy seeds for use as bird food or fishing bait!  However, such seeds are generally sterilized to ensure they can’t germinate.

Our complete guide to how and …

No single factor results in a high-quality cannabis seed, but all of the following play a significant role:

Once you have what you need, it is time to germinate them.

Are Cannabis Seeds Expensive to Produce?

In a word, ‘yes’! It is normal to pay up to $12 per seed, which means a pack of ten will set you back well over $100. In contrast, you can buy dozens of tomato seeds for a few dollars.

If you are a cannabis breeder working in the shadows because of prohibition, it takes a long time to produce a high-quality seed line. Then there is the small matter of legal repercussions if you are caught breeding and cultivating marijuana. For instance, in Alabama, ‘manufacturing’ weed in the ‘First Degree’ is a felony and carries a prison sentence of between 10 years and life!

Suddenly, it is easy to see why cannabis seeds are so expensive! Unfortunately, the cannabis seed breeding industry is unregulated, which means you don’t always get what you pay for. You could easily spend $15 per seed and end up with low-quality produce. Good luck trying to track down the seller in this scenario!

If you successfully purchase cannabis seeds, the cultivation process is an exciting one. However, it also requires a lot of knowledge. If you need help, check out our list of marijuana growing guides. We cover dozens of different strains!

Increase your chances of female plants

Top 10 Cannabis Seed Banks That Ship to the US

We vetted the options

Are they any good?

The full lowdown on this brand

10
6 min read
Video
Join the discussion
TOC
Premium
Your subscription has ended
If you love cannabis and want to support our site, join WayofLeaf Premium today and unlock
Best of all, part of your membership fee will go towards supporting the fight to legalize cannabis.
Sign Up for WoL Premium
Not now
I already have an account
×
Log in to Your Premium Account