The marijuana industry has garnered an enormous amount of attention in the United States. However, it flew under the radar in the UK until very recently. In 2018, Sajid Javid, the UK Home Secretary, announced that medical cannabis would become legal to individuals with specific qualifying conditions.

This was great news for those in need of marijuana to help a medical problem. It also helps organizations such as the Cannabis Trades Association (CTA) that work tirelessly to promote medical marijuana.

About the Cannabis Trades Association

Seven individuals who had started CBD and hemp businesses founded the CTA in September 2016. The CBD industry was unregulated at that point, but in October 2016, the group enjoyed news of an enormous breakthrough. The Medicine and Healthcare Products Regulatory Agency (MHRA) stated that cannabidiol (CBD) was classified as a medicine.

For the Chairperson at the time, Mike Harlington, Finance Director Chris Balmbert-Dowell, and then Marketing Director Tom Whettem (who is also the CEO of Canabidol), and the association’s other members, it was a significant moment. Since then, the group has grown exponentially and now has more than 900 Certified Members.

The CTA initially claimed that it was the only UK-centric trade association for the hemp and cannabis industry. Its goal is to work with members of the industry to provide practical advice and promote good practice. It also wants to ensure that those who purchase legal hemp and weed have access to the best possible information. One crucial CTA tenet is to ensure that dubious businesses don’t ruin hemp and marijuana’s good reputation.

All members agree to transparent trading conditions to ensure the public understands who they are dealing with. Association members have also pledged not to make medical claims about marijuana or hemp. They also will not distribute medical advice.

The members believe hemp and cannabis products can change modern life for the better. As such, they have all agreed not to denigrate one another’s business!

The CTA has held meetings with the MHRA. The MHRA said that the industry must work together to provide accurate and legal information. Otherwise, the CBD industry has no future. It is a message that the CTA has taken to heart. They also work with the Cosmetic, Toiletry, and Perfumery Association (CTPA), and the Food Standards Agency (FSA).

Mike Harlington became the CTA’s chairman because of his previous work with government-regulated businesses. In his younger days, Mike was passionately anti-drug. However, after researching the marijuana plant, he now believes it is criminal not to allow the use of cannabis. He is also in favor of the legalization of other natural drugs. 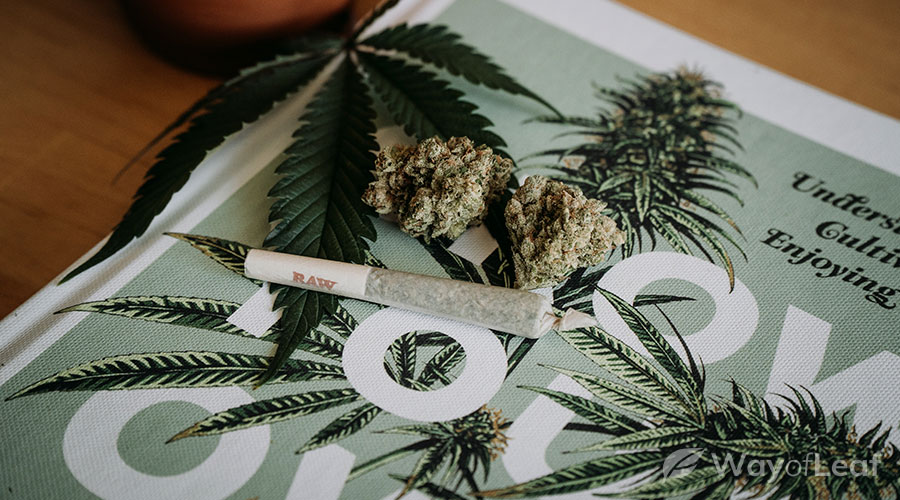 After almost two years of working with the MHRA, the CTA finally received an official endorsement by the MHRA in July 2018. The group also works with Trading Standards, the Home Office, and several other British authorities. The overriding aim is to ensure that professional standards are set and met in the legal marijuana and CBD industries.

The CTA’s work involves regularly liaising with the authorities above and guiding cannabis-related businesses. They are also in the process of helping to develop the Cannabis Products Directive (CPD). This is a framework for the licensing and regulation of cannabinoid products.

In March 2020, the CTA decided to launch a campaign to pressure the Food Standards Agency (FSA). This was to ensure that the FSA doesn’t enforce rules against the CBD industry based on the ‘Novel Foods’ issue. The FSA has threatened to remove CBD products from the shelves if they are deemed unsafe. The CTA has worked hard to fight this potential move, and to date, the FSA has not followed through on its threat.

Recent Changes within the CTA

It is important to note that Harlington left his post in 2020 after four years at the CTA. Sian Phillips, of a CBD company called Fiddler’s Elbow Grease, is the acting interim Chairperson. Tom Whettem has also resigned from his position. It was the result of boardroom arguments. Phillips has stated that the CTA is looking for new board members and a permanent chairperson.

The CPD has been translated and sent to every European Union (EU) member by the European Food Safety Agency. It was optimistically believed that it would become UK law by 2020. In this scenario, experts would handle marijuana licensing and regulation instead of the Home Office, as is currently the case. However, there is no news of its implementation at the time of writing.

When he was still Chairperson, Harlington said there is still a lot of misinformation surrounding what the CTA does. He addressed the issue of membership. It seems as if many people believe the organization should be free to join. However, as Harlington pointed out, the CTA needs the membership fees to survive.

With so many different laws, w…

It costs several thousand pounds a month to run the group. Also, the CTA’s annual legal bill is in the six-figure range! Remember, the CTA must ensure that its members have access to the correct legal information. Then there is the small matter of the international travel required to meet suppliers around the globe.

It hasn’t all been smooth sailing for the CTA. In August 2018, it was accused of making false statements claiming to be authorized by the States of Guernsey. The Office of the Committee for Health & Social Care (HSC) wrote the statement of complaint. The HSC said that the CTA claimed it was involved in work by the States of Guernsey relating to the medicinal hemp industry. This is not the case.

The CTA allegedly said it was working with Roland Archer, the States of Guernsey Analyst. According to the HSC, the CTA had only ever emailed Archer. Also, it had only recently met a member of HSC staff for the first time. The HSC claimed that no industry lobby groups of manufacturers or sellers were involved in the amendment of the Misuse of Drugs Law 1974 in Guernsey.

Hopefully, this is merely a misunderstanding. Further suggestions that the CTA is making false claims will doubtless hurt its credibility. This is especially the case if accusations involve taking credit for legislative changes.

One could say that several ‘rivals’ to the CTA have popped up in recent times. The Association for the Cannabinoid Industry (ACI) was formed in November 2019. It has detailed plans for creating a safe, legal, and regulated industry in the UK.

CannaPro, however, is arguably a more direct competitor. It calls itself “The trade association for the UK’s cannabis, CBD and hemp businesses.” In 2019, it made some accusations against Mike Harlington. According to CannaPro, Harlington demanded that the organization remove 21 names from its list of certified businesses. CannaPro was adamant that it would not comply.

There is no question that the UK needs a group like the CTA to operate on the marijuana industry’s behalf. The CTA has already had a significant impact on the cannabis and hemp industries in the UK. It is the world’s biggest Hemp and Cannabis Association by membership. It now represents over 7,000 businesses.

We believe there will soon come a time where the CTA represents almost every hemp and cannabis agency.

We believe there will soon come a time where the CTA represents almost every hemp and cannabis agency. One thing is for sure; the Cannabis Trades Association is only going to grow. The determination and work ethic of its founders guarantees it.

9
6 min read
Join the discussion
TOC
Premium
Your subscription has ended
If you love cannabis and want to support our site, join WayofLeaf Premium today and unlock
Best of all, part of your membership fee will go towards supporting the fight to legalize cannabis.
Sign Up for WoL Premium
Not now
I already have an account
×
Log in to Your Premium Account