If you have any experience using marijuana, you have likely gotten too high at some point. This mistake typically happens amongst novice users, but even seasoned users occasionally consume more than their tolerance level.

In the proper doses, weed could help address specific medical conditions, and it certainly helps you enjoy your day a little more. If you overdo it, however, side effects include heightened anxiety and paranoia.

Sadly, there have been instances of people doing foolish and occasionally fatal things when they have too much marijuana. However, it is an extremely rare occurrence. Often, the main cause of using too much THC is the consumption of edibles, which taste delicious and can be packed with psychoactive cannabinoids.

Over-consuming marijuana can lead to side effects such as dizziness, anxiety, and paranoia.

In the event you get too high, the most important thing is NOT to panic. You have not overdosed because it is effectively impossible. No doubt, becoming too high is sometimes a frightening experience. It is also inconvenient if you are due to go to work or have to run errands.

The easy solution is to avoid excessive THC consumption in the first place, but if that ship has already sailed, here are a few ways to get ‘unhigh,’ including one which involves the cannabis plant itself!

You would hope that getting unhigh would be a straightforward process, but unfortunately, your greatest friend (and enemy) is time. No matter what you do, there will be a period of waiting because your body needs to metabolize the THC, just as you must do with alcohol when you get intoxicated. 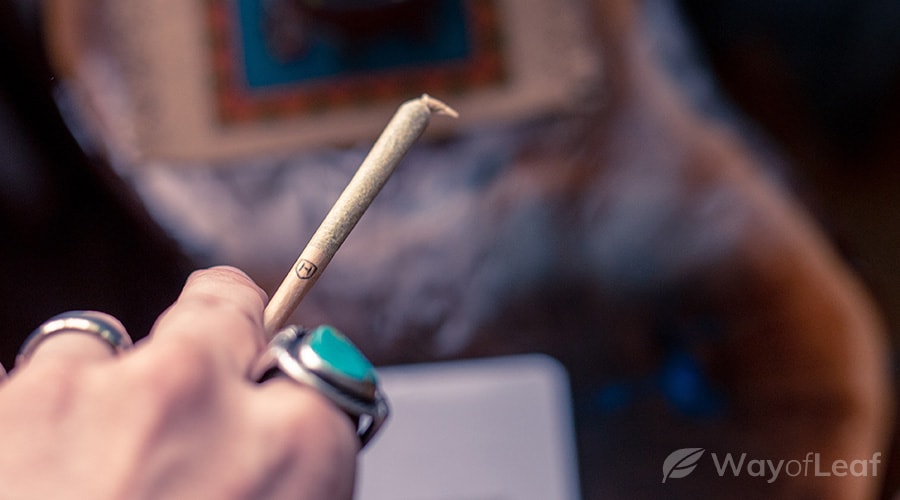 It is one of the reasons why people should approach edibles with caution. The effects take a lot longer to become known and last a greater length of time, too. Unfortunately, this delayed effect often causes newcomers to consume too much as they allow their impatience to get the better of them.

In any case, here are five well-known ways to get unhigh.

Perhaps, this might seem like something of a cop-out, but if you fail to calm yourself down, you won’t be able to follow the rest of the tips. The term ‘greening out’ relates to using too much marijuana, and it is all too easy to panic as feelings of paranoia and anxiety envelop you.

Remember, everything you’re feeling is all in your mind. There has yet to be an instance of a fatal marijuana overdose in human history.

You have doubtless consumed tons of water after a night of heavy drinking in the hope of avoiding a hangover in the morning. The same principle applies when you enjoy marijuana to excess. Dehydration is a common side-effect of being high and can cause symptoms such as grogginess and dizziness. Ideally, you’ll be well-hydrated before starting your session. Also, avoid alcohol when using weed because it dehydrates you rather quickly.

This tip depends on your level of ‘high.’ If you find it hard to remain balanced, it probably isn’t a good idea to go stumbling into a bathtub. However, if you feel like you have a semblance of control over your body, run a hot bath and add a cup or two of Epsom Salts.

Allow the salts to dissolve completely and soak in the tub for up to 20 minutes. Next, take a cold shower for up to five minutes. It will be a surprise if you don’t feel less high at this stage!

4 – Have Something to Eat

The science behind this tip is less than clear and is mainly anecdotal. However, plenty of marijuana users claim that grazing on snacks such as nuts, cheese, or fruit helps them come down from a high faster. Others prefer to have fast food such as a burger and fries. Many believe that fatty food binds with cannabinoids and helps metabolize them faster.

Another theory is that food helps increase blood flow to the stomach while removing it from the brain. The result is a reduction in the intensity of the psychoactive high. We’re not going to pretend that it is a sure-fire solution, but thousands swear by it. Also, other users claim that sniffing or chewing on black peppercorns helps them become sober in a hurry.

Obviously, this tip doesn’t apply if you need to go somewhere, but few things work better than a nap if you have the time and opportunity. Hydrate yourself (don’t overdo it to the point where you need to use the bathroom every 15 minutes) and lie down in a dark room. Even if you don’t fall asleep, the rest should do you good.

There are a ton of other tips. For example, if you feel able to, try and perform some light exercise; even a walk could help take the edge off your high. Caffeine is often championed as a way to sober up. Although it can make you feel less high, it is only a temporary measure, and when the caffeine crash hits, you’ll feel drained.

How CBD Can Help You Become Unhigh

CBD is now believed to be a kind of ‘antidote’ to the high produced by THC. CBD, also known as cannabidiol, works by blocking THC from binding with your brain’s cannabinoid receptors, reducing its psychoactive effects. CBD is the second most abundant cannabinoid in cannabis.

It’s believed that CBD can reduce the effects of THC, resulting in a less intense high.

As for CBD, we now know that it blocks THC activation of the CB1 receptor in our cells. Original research suggested that cannabidiol was merely a weak antagonist, but this idea changed in 2015.

A study by Laprairie et al., published in the British Journal of Pharmacology in October of that year, showed that CBD bound to a site on the CB1 receptor that was different from the THC binding site. CBD changed the receptor’s shape to ensure less THC binding and a lower level of CB1 receptor activation from this location – meaning less intoxicating effects.

Dr. Joe Cohen, a physician who runs Holos Health in Denver, is in no doubt about the efficacy of CBD as a means of reducing the impact of THC. He always tells patients to use a fast-acting CBD product such as a tincture if they get too high. According to Dr. Cohen, the CBD will hit the bloodstream and reduce the effects of THC. So while you retain the THC benefits, you won’t suffer from the same degree of impairment.

Final Thoughts: What is the Fastest Way to Get Unhigh?

If you use too much marijuana and are desperate to come down from the high, you should try the common methods mentioned above. This includes taking a hot bath/cold shower combo, eating a snack and drinking water, staying calm, and having a nap.

However, it appears as if using a high-CBD product can help take the edge off the high so that you feel less paranoid and anxious. There is also an increasing number of marijuana strains that contain both cannabinoids in high measures. So you still get a buzz but won’t be as high as you might with a high-THC-only strain.